Explore the UP
Close
UP to date

At the end of February, the doctoral students of the international StRATEGy Graduate College set out once again for a research expedition to the Argentine Andes. Together with their colleagues from partner universities in Buenos Aires, Salta, Jujuy, Mendoza and Tucumán, they are researching the tectonic, climatic and sedimentological processes that influence the formation of metallic natural resources and hydrocarbons. Their first expedition took place in the northwestern region of Argentina in 2016, and this time they are headed to the region around Mendoza and San Juan, and the geologically spectacular area around the highest mountain on the American continent: Aconcagua, which soars to almost 7000 m. The doctoral students are reporting on their findings and experiences in an online journal from February 28 to March 8. 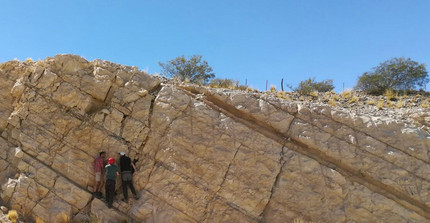 March, 13: Encounter of the Third Kind

On todays agenda is another round trip: from Cutral Có via Zapala, Las Coloradas, "Laguna Blanco" and back to Cutral Có. 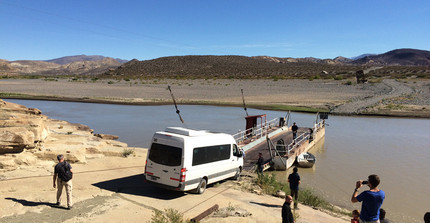 We continue southwards within the fold-and-thrust belt of the Neuquén Basin. We find a striking layer of gypsum within the “Huitrin” Formation of the Upper 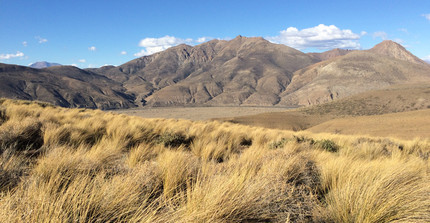 We are planning a 200 km round trip around the “Cordillera del Viento” (the cordillere of the winds) and through the geology in Mapuche territory. 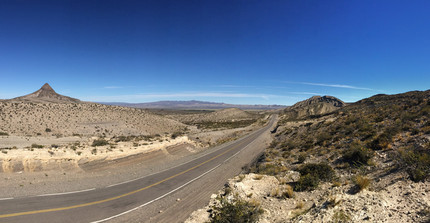 Today we continue along the fold-and-thrust belt within the Neuquén basin and further south to Chos Malal, the ancient capital of the Neuquén province. 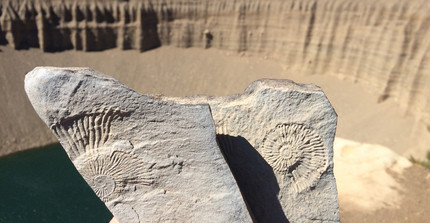 We are leaving Mendoza and drive to the South along the famous “Ruta 40”, the longest road in South America. Today we are heading to Malargüe and the north 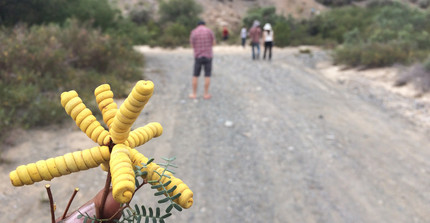 We are driving from Rodeo to San Juan. No stops are planned for today but we enjoy the beautiful scenery and geology from the bus. We have to be in time fo 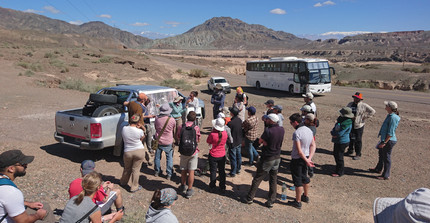 On a bright sunny morning we start our fourth day in Rodeo. The wind here is so strong that almost all the trees are tilted towards the West, and we could 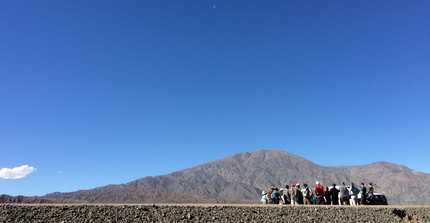 Sun is shining. Perfect weather to be in the field. After breakfast, we start traveling from Uspallata to Rodeo – the most northern region of our trip. We 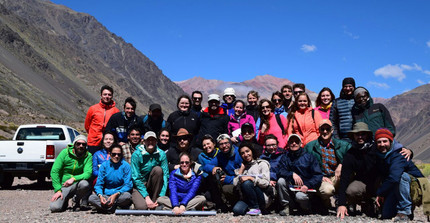 March, 3 2017: Following Darwins steps to the roof of the Americas

Today we follow the footsteps of Charles Darwin 170 years later after he crossed the Andes from Chile during his famous Beagle expedition around the world. 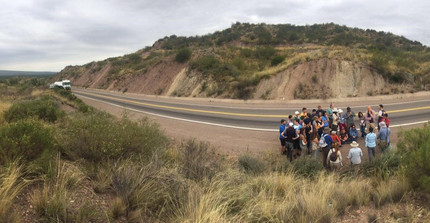 We begin the first day in Mendoza, where all 35 participants arrived safely and are eager to begin our geological journey. Our first stop is at „Cerro de l 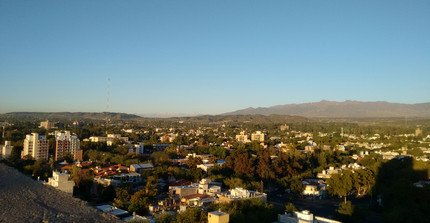 Potsdam - Berlin - Frankfurt - Buenos Aires. At the airport of the Argentine capital we meet old friends and colleagues from Potsdam.