The Turkish-German University in Istanbul is the most ambitious project in German-Turkish scientific and educational cooperation at present. Going forward, 5,000 students are expected to study and conduct research at five faculties and a language center in Beykoz, the green lung of Istanbul. The first group of students in 5 degree programs started their studies at the provisional campus in 2013. Currently, TDU offers 21 degree programs within five faculties (Law, Sciences, Engineering, Economics and Administrative Sciences, and Culture and Social Sciences). The newly built campus was officially inaugurated on January 24, 2020, in the presence of German Chancellor Dr. Angela Merkel and Turkish President Recep Tayyip Erdoğan.

The establishment of the Turkish-German University is supported by a consortium of 38 German higher education institutions, chaired by Prof. Dr. Rita Süssmuth, former President of the German Bundestag. TDU is a German-Turkish cooperation project: The Turkish side provides the land, buildings, and infrastructure and covers the running costs. The German contributions include the delegation of teaching staff and lecturers, the development of curricula, materials for the establishment of a language learning center, the granting of subsidies to local salaries, scholarships, and further training measures.

The Faculty of Sciences at the Turkish-German University is being established under the aegis of the University of Potsdam in cooperation with partners from several German higher education institutions and Potsdam research institutions and in close coordination with the founding partners from Turkey. Inspired by the joint establishment of the Turkish-German University, new collaboration projects between Turkish partners and Potsdam research groups are already emerging. Increased scientific and academic exchange thus serves as a bridge between the two countries. The Benim Yolum project supports this scientific exchange and is responsible for the coordination of networking between early career researchers and the business world at the Turkish-German University.

Discover something new every day

Follow the latest developments live on the homepage of the Turkish-German University! 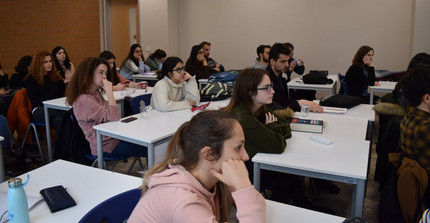 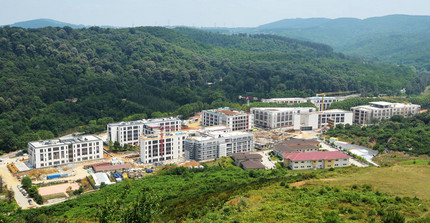 Master's student Florian Gontek on his semester abroad in Istanbul

University between Bosporus and Spree (28.04.14) Newspaper article by broadcaster Deutsche Welle about the openeing of the TDU   [German language]

The New Turkish-German University in Istanbul (24.07.13) Podcast by broadcaster Deutsche Welle about the starting semester at TDU  [German language]