Though the weather is cooling, the atmosphere is getting ever more heated - lots of protests are expected this fall. This was the topic of conversation between Prof. Verwiebe and Gerald Meyer on rbb24 Brandenburg Aktuell on September 6. The Chair emphasized how important it is not to leave anyone behind in hard times.

Other topics were energy poverty, alarmism and the social question - for more listen from minute 2:17.

Prof. Verwiebe was once again interviewed by pupils from the Ernst-Haeckel-Gymnasium. This time they talked about different aspects of social inequality: distribution of wealth, education, gender pay gap and more. The conversation is part of the summer series of the school's podcast Politikgeflüster, that is asking the question what people are interested in besides politics. It is available whereever you get your podcasts, along with other interesting episodes.

Questions of social justice and social inequality were the topic of Prof. Verwiebe's recent interview with the mobility magazine fairkehr. The questions focused on the situation in Germany and how German cities can reduce inequalities: Prof. Verwiebe named the labor market and the educational system as the best places to start, but also stressed the potential of making changes to housing, public transport, and sustainability.

The whole interview can be found here.

Care-work in transformation: the effects of digitization and the Covid 19-pandemic on paid care work

... is what Dr. Nina-Sophie Fritsch, Christian Berger and Dr. Katharina Mader wrote about on the A&W-Blog. They describe how care professions in Austria have changed due to the pandemic and draw on the general labor market situation. They conclude that the current transformation should be used for a long overdue upgrade of care work.

The Chancellery's interpreter of Eastern Germany

The topic of this interview was the special role of the Parliamentary State Secretary for East Germany and Equivalent Living Conditions. Regarding the problem of unequal living conditions in Western and Eastern Germany, Prof. Verwiebe states that "[p]rimarily, we have a fundamental problem with the social structure of Eastern Germany". He further highlights that the East West divide is by far not the only one of importance in the German society.

... is the topic of the current issue of Portal, the magazine of the University of Potsdam. Among the authors are the holder of the Chair of Inequality Research and Social Stratification Analysis and his assistant. Prof. Verwiebe focuses on care work - what it is, who is carrying it out and why there is such an imbalance among genders. An important point of his is the following: "The economic and the family principle are contradictory." This is also a theme in Annet Wadewitz's text about the daily challenges of being a single mother to two teenagers during the Covid 19-pandemic.

This question was the center of Prof. Verwiebes conversation with pupils from the Ernst-Haeckel-Gymnasium. It was recorded for the school's podcast Politikgeflüster and is part of the "Covid and..."-series. In it, the pupils and Prof. Verwiebe discuss the harmful long-term impacts the pandemic could have on social inequalities. The episode is available whereever you get your podcasts, along with many other interesting episodes to listen to.

Transformations - about the new blog of the University of Potsdam

In the newest issue of the university magazine Portal Transfer Roland Verwiebe talks about both the origins and the future of the blog ≠ transformation. More information can be found here:

The blog of the University of Potsdam ≠ transformation goes online (May 29 2020). 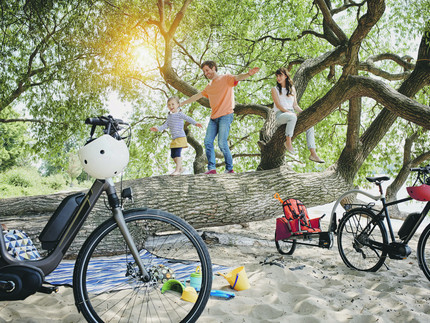 Photo: //// Getty Images/Westend61
Family outing instead of office – the priorities for many Austrians have shifted in recent decades.

The value of work in crisis

You've certainly asked yourself the famous lottery question before: You win a large amount of money, so you're set for life. Would you retire or continue to work? If you prefer the latter, you think like a large part of Austrians.
"Work in Austria is incredibly important for individual life", says sociologist Bernhard Kittel of the Institute of Economic Sociology at the University of Vienna.

He speaks of a "very specific situation" by international standards. Leisure time is very important to Austrians compared to work. "At the same time, people can hardly imagine not working." Hungary, for example, take their work very seriously compared to leisure time. "But they would immediately stop working if they could." ...

Photo: //// Getty Images/Westend61
Family outing instead of office – the priorities for many Austrians have shifted in recent decades.

"People are called upon to support each other" – the social scientist Prof. Dr. Roland Verwiebe on the Covid-19 pandemic

About the Covid-19 pandemic - contributions from the University of Potsdam

In the context of the UN's "World Day of Social Justice", Prof. Verwiebe answered questions on the topic of social justice and spoke about the contribution that research can make to overcome social inequality. 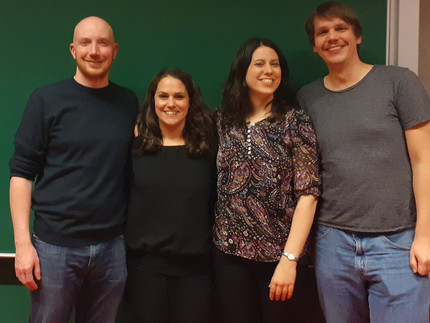 For the first time, the Chair of Inequality Research and Social Stratification Analysis presented a book reading of the recently published anthology "Soziologische Momente im Alltag" on January 28 2020.
The four authors Renate Steger, Lena Seewann, Raimund Haindorfer and David Binders illustrated with their short stories that sociological concepts and theories can often be discovered in everyday situations. The aim of the evening was to introduce sociological thinking to first-year students or people interested in sociology in an entertaining and accessible way.
The following short stories were read:

Developments on the labor market of Vienna

Newspaper article of February 3 2020 in the Viennese daily press "Die Presse" on the topic "Developments on the Viennese labor market". 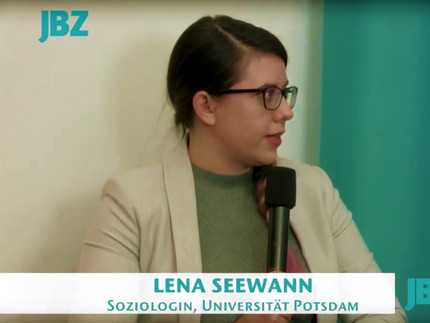 The immigration from EU-Member States, third countries and refugees from countries at war like Syria increasingly shape life in Austria. Their arrival changes or questions our values. But: Is that true? Lena Seewann presented research findings answering this question on October 28 at the Robert Jungk Bibliothek in Salzburg. With 60 listeners she discussed value systems and how they form in an immigration society. Empirical findings show that value systems of immigrants, their children and the resident population do not differ by much. Nonetheless: Migration is value defining, both for immigrants and those welcoming them.

A summary of the discussion was recorded for FS1 beforehand: https://www.youtube.com/watch?v=GHiL8nybh-E

"Where to live?" - About housing as a commodity and social urban development

A conversation with Roland Verwiebe about the housing market, the value of social mixing as well as both ineffective and hopeful solutions to the problem.

Value change and formation in Austria

On April 28 2019 Roland Verwiebe talked about "Rechtsruck in Österreich - Politik der Abschreckung" (lurch to the right in Austria - politics of determent) at Deutschlandfunk.

Newspaper interview with Roland Verwiebe, Wiener Zeitung on May 5 2019.

Accessibility (on-site) + how to get here