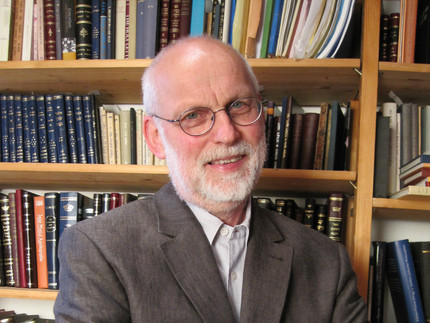 Prof. Karl E. Grötzinger, PhD, scholar of Judaism, Semitist and religious scholar, was born in 1942 in Stuttgart. After studies in Tübingen, Berlin, Heidelberg, Jerusalem and Frankfurt a.M. he obtained his doctorate in 1975 and his habilitation in Jewish Studies (Judaistik) in 1980. From 1985 to 1994 Karl E. Grözinger was professor of Jewish Studies in Frankfurt a.M. and from 1989 to 1991 Gründungs-Ordinarius of Jewish Studies in Lund, Sweden. Lastly he was Professor of Religious Studies and Jewish Studies at the Universität Potsdam and was head of the staff of Jewish Studies from 1994-2007. His retirement took place in February 28th 2007. Furthermore Mr. Grözinger is affiliated professor at the University of Haifa, fellow of the Institute for Advanced Studies Jerusalem, as well as visiting professor in Chicago, Karkau and other places.

Detailed listing of publications (in German)