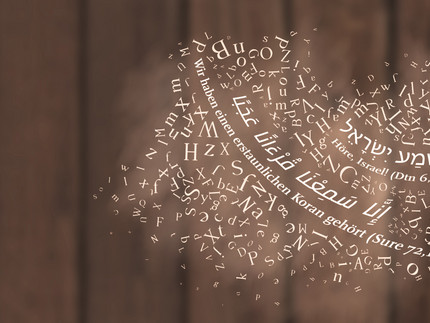 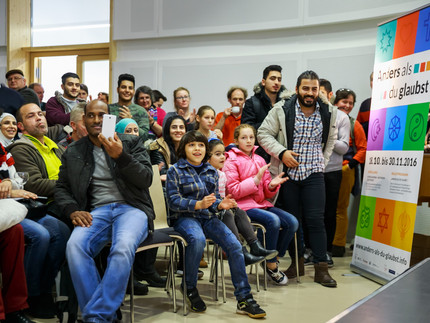 "Different Than You Believe..." - Photo Exhibition and Accompanying Program

Under the motto „Encounters in Potsdam: Different Than You Believe“ more than 40 events took place in Potsdam from 17th of May until 18th of June 2019 ,  which were organized in cooperation with 20 cooperation partners (churches and denominations, educational providers, cultural institutions, social communities and other organizations).

Center of the project was the photo exhibition „Different Than You Believe … – Encounters“, which is shown from 21th of May to 12th of June in the municipal and state library in Potsdam (Stadt- und Landesbibliothek Potsdam).

The project was organized by Stiftung Weltethos (World Ethos Foundation) and is the follow-on project of the travelling exhibition  "World Religions - World Peace - World Ethos", which was shown in autumn 2016 in the municipal and state library in Potsdam (see below). 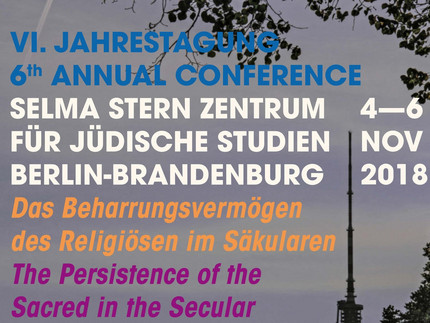 The program of the conference can be found here (in German). 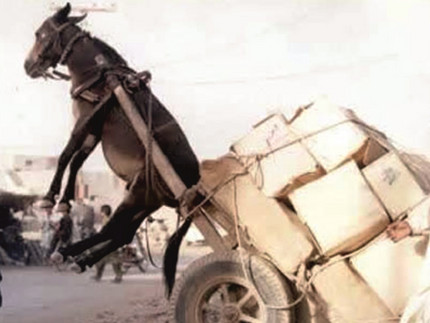 Taboos, Maladies, Dilemmas and Aporias
Scholars report 10 minutes about a no-go in research and everyday life

An interdisciplinary study day at the 60th birthday of Prof. Christoph Schulte
with music and buffet and wine in the evening

Wednesday, 27th of June 2018, starting 3 p.m.
Potsdam University, Am Neuen Palais, Haus 11
outer terrace between the pillars over the outside staircase 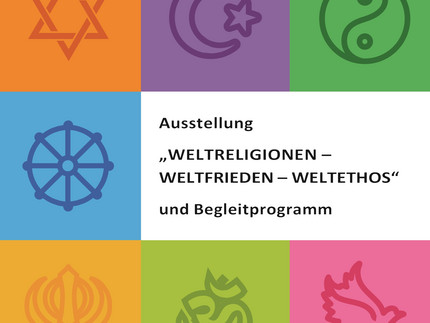 The accompanying program of the exhibition can be found here (in German).

More information is available at the homepage of the exhibition (page in German). 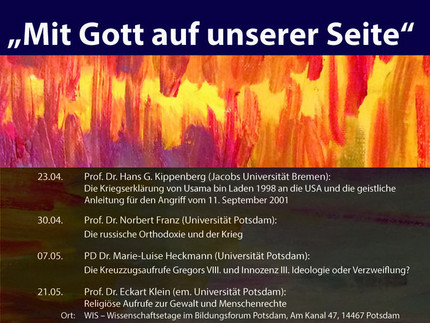 In winter semester 2014/15 the lecture series „Mit Gott auf unserer Seite. Religiöse Aufrufe zur Gewalt und ihre Gegenreaktionen“ (With God on our side. Religious calls to violence and their reactions) was organized by Michael Haußig, PhD and Prof. Johann Hafner, PhD. A collective volume on the basis of this lecture series is currently being planned. 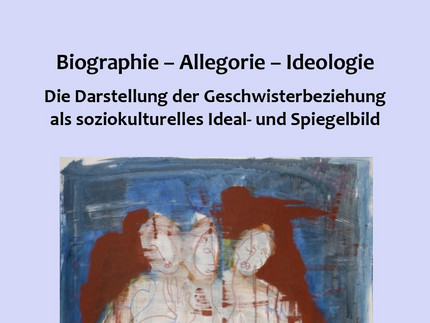 The interdisciplinary conference „Biographie - Allegorie - Ideologie. Die Geschwister-beziehung als soziokulturelles Ideal- und Spiegelbild“ (Biography - Allegory - Ideology. The sibling relationsship as socio-cultural ideal and mirror image) took place from September 25th-26th 2013 and was organized in cooperation with the department of German studies and the School of Jewish Theology at Potsdam University. The accompanying volume was published in 2015 under the title "Zwischen Ideal und Ambivalenz. Geschwisterbeziehungen in ihren soziokulturellen Kontexten" (Between Ideal and Ambivalence. Sibling Relationships in their socio-cultural contexts). Ed. by Ulrike Schneider, Helga Völkening and Daniel Vorpahl. Publ. in the Peter Lang Publishing House. Frankfurt am Main 2015. The flyer of the conference can be found here (in German). 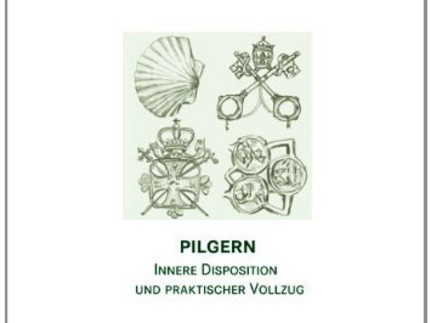