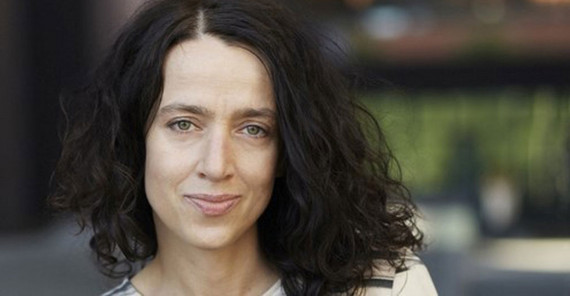 The Russian war of aggression has been raging in Ukraine for two months. While part of the Ukrainian population defends their country at home, others have had to leave everything behind and flee. Poland, as a neighboring country, is very close to the events. For over 2.5 million Ukrainians, the country has become a place of refuge. Magdalena Marszałek, professor of Slavic literature and cultural studies with a focus on Polish studies, explains in an interview how the Polish civilian population is committed to helping Ukrainian refugees, why this was different in 2015 during the “refugee crisis,” and what historically connects Poland to Ukraine.

Prof. Marszałek, how do people in Poland view Germany's and the European community's attitude to the current war?

When talking about Poland today, we must always keep in mind the current extreme political polarization in the country. The right-wing populist governing coalition is known for its anti-German and anti-EU rhetoric, which is by no means supported by the majority of Polish society. In general, however, people in Poland - across party lines - welcome the current political turn in Germany, which stems from the (late) realization of the threat potential of Putin’s authoritarian regime. While the Polish “cultural unconscious” is characterized by a distrust of Russia and Russian rule that sometimes turns paranoid, the German “cultural unconscious” is virtually the opposite. There are also historical reasons for this. Not all political decisions can be explained on an exclusively rational basis, including Germany’s blind insistence, which is blind in many respects, on good relations with Putin. However, a radical rethinking has just begun in Germany, which Poland is observing with curiosity and approval.

The readiness to help refugees from Ukraine is indeed overwhelming in Poland at the moment. Of the 2.5 million people from Ukraine who have found refuge in Poland in recent weeks, most will also stay in Poland in the near future. Certainly, Poland will need, among other things, financial help to secure the necessary infrastructure. Such an increase in population within a few weeks is a challenge for the housing market, for the school system and for medical care. On a day-to-day basis, civil society is currently bearing the brunt of the burden: Ukrainian refugees are primarily being taken into private apartments directly by Polish families. It is understandable that after a few weeks, fatigue and despair also make themselves felt. However, it is important - in Germany as in Poland - that the willingness to help does not diminish. This also requires rapid structural measures. Just as important is coordinated aid for struggling Ukraine. Hopefully, the governments will take care of the weapons, and the German and Polish volunteers can cooperate in supplying the people in Ukraine with food, clothing, medicines, and so on. Just now I read in a Polish newspaper that the Polish reserves of special composite materials, which can prevent the bleeding of severely wounded soldiers, are already completely exhausted, so quick deliveries e.g. from Germany could help.

During the 2015 “refugee crisis,” Poland was rather reluctant to help people from Syria, Afghanistan, or Iraq, or later to accept refugees on the Belarusian-Polish border. In your opinion, what is the difference with dealing with Ukrainian refugees?

Yes, this is a very difficult topic that is also being critically discussed in Poland, and not just among the followers of right-wing populists. Unfortunately, we have to assume that, in the fall of 2015, the refugee crisis at that time contributed significantly to the election victory of the right-wing nationalist conservatives of PiS, who, in the right-wing populist manner, had massively stoked the fear of refugees in their election campaign. In general, however, Polish society was not prepared for such a development at the time. Today it is different, partly because of the humanitarian catastrophe on the Polish-Belarusian border. The right-wing conservative coalition is acting with a special harshness here, also because this is a deliberate measure by Lukashenko and Putin to destabilize Poland and the EU with trafficked migrants. However, this circumstance does not in the least justify the Polish government’s disregard for EU asylum law. This, and the fact that the refugees on the Polish-Belarusian border are people who are victims of a cynical ‘hybrid war’ waged by the two despots against Europe, mobilized many Polish helpers who organize themselves into groups to search for hiding refugees in the forests along the border and save their lives. Unlike people helping Ukrainian refugees, those helping on the Polish-Belarusian border, which is a zone of the state of emergency, are accused of illegal actions. They are exposed to police harassment and also judicial persecution. The first trial of a 20-year-old Warsaw student for “illegal assistance” has just begun - a scandal in the eyes of the liberal part of Polish society. There are voices that say that the extraordinary willingness to help Ukraine in Poland also has something to do with a guilty conscience about the refugees dying in the forest on the Polish-Belarusian border. This is certainly not the whole truth, but it also shows how divided and - even in a positive sense - radicalized Polish society is after seven years under a right-wing populist government.

Russian-Polish relations have been difficult since Poland’s attainment of sovereignty in the 1990s. How does the Ukraine war affect the current relationship with Russia? And what might change in the future?

After the fall of communism in 1989, Polish relations with Russia were by no means only difficult. There were also moments of political rapprochement as well as exchange in the cultural sphere; Polish travel literature, for example, intensively re-explored Russia after the collapse of the Soviet Union with great interest and also not without sympathy. However, the rise of Putin’s authoritarian regime and now the brutal war of aggression have put an end to this. I think that at the moment no one can say what the relationship of Poland and other EU countries with Russia will be in the future. It depends on what will happen now or after the war in Russia.

As neighboring states, Poland and Ukraine are not only close geographically. What is their common history?

Poland and Ukraine have a long and by no means simple common history. It is characterized by an interconnectedness that is much deeper than ‘just’ a history of neighborliness. This history includes both Polish colonization and domination claims in the early modern period and competing national projects in the modern era, but also a mutual cultural influence and fascination. Polish Romanticism, for example, traumatized by the loss of Polish statehood, is virtually obsessed with Ukraine – there, colonial ideas mix with a romantic Orientalism and transfiguring images of the past, but also with progressive ideas of freedom. Ukraine remains a major theme in Polish literature to this day.

The common history begins in the fourteenth century, in the late Middle Ages, with the expansion of the Polish kingdom to the east. For centuries, the Ukrainian territories then belonged to the Polish-Lithuanian noble republic, a pre-modern Central European empire. Over time, however, more and more Ukrainian territories came under Russian rule, until they were finally divided entirely between the Russian and Habsburg empires in the so-called “Polish partitions” at the end of the eighteenth century. In Galicia, a province of the Habsburg Empire, Poles, Ukrainians and Jews lived closely together - and at the same time it was a time in which modern nation ideas developed among all three peoples. After the First World War, when the European imperial order, which had been stable for a long period of time, disintegrated, the Polish state was restored, which included territories inhabited by a majority of Ukrainians in the countryside. Ukrainian attempts to establish an independent state after the Great War failed, not least because of the imperial pretensions of the then-young Soviet Union, within whose borders the Ukrainian Soviet Republic was created. With five million people, the Ukrainian minority in Poland was the largest in the Polish Republic of the interwar period, in which, incidentally, a total of 30 percent of the population were not ethnic Poles. Notwithstanding this fact, the republic was governed like a nation-state, which led to great conflicts between the state and its minorities. In the 1930s, the radical wing of Ukrainian nationalists reacted to the discrimination and restriction of minority rights with terror; it was in this environment that Stepan Bandera's ill-fated political career began. Particularly dramatic was the period of the Second World War and the Holocaust, the reappraisal of which remains incomplete to this day. In 1945, the borders of the Polish state were shifted westward and the entire Ukrainian territories, including the western ones, were united within Soviet Ukraine.

And what did it look like after the Second World War?

In 1945, the five hundred years of Polish-Ukrainian coexistence in different imperial and state entities ended, but at the same time a period of reflection on this history and ‘learning from history’ began. All this happened, of course - in the times of the Soviet-dominated 'Eastern Bloc' - in dissidence and exile, also in cooperation of Polish with Ukrainian intellectuals. This rethinking included the final abandonment of colonial fantasies of a Polish East as well as the realization that only independent and friendly Polish and Ukrainian states could stand up to Russian and Soviet imperialism, respectively. In the Parisian center of Polish emigration, decades before the disintegration of the Soviet Union, a political vision of a free East-Central Europe emerged, which would include several states independent of the Soviet Union, including a Ukrainian state - with inviolable borders, without any revisionism. It must be said that this political vision has been a consensus throughout the political spectrum of independent Poland since 1989. Thus, Poland was also the first state to officially recognize Ukraine's independence in 1991.

In your research, you specialize in Polish-Ukrainian and Polish-Russian cultural contacts, among other things. How will the war affect Polish literary and cultural studies?

The war will have a serious impact on our disciplines - especially on the self-image of Eastern European studies, which we jointly represent at the Institute for Slavic Studies, and Russian studies. It is clear that we will probably have to do without cooperation with Russian partners for some time, but at the same time the cultural studies analysis of the developments that led to the war will become all the more important. To this end, we will be able to work even more closely with our Polish partners, including in our double-degree track with the University of Warsaw in the Master of East European Cultural Studies. Most certainly, we will deal even more intensively than before with populist rhetoric, with media propaganda and disinformation, and with militant politics in history. These are all phenomena of a cultural war that right-wing populists are waging against liberal democracy worldwide, including in Poland. We now know that this, combined with imperial revanchism, can lead to a war of annihilation.