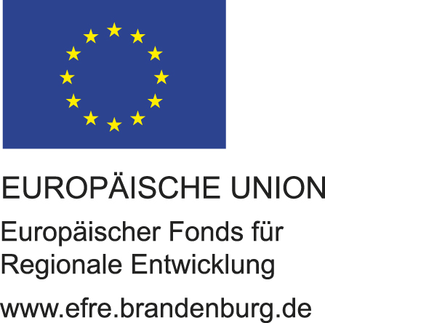 For thin film devices such as they are investigated in this group, exact knowledge of the film thickness and homogeneity is required across large areas and with an accuracy better than 1 nm. These parameters need to be checked in “working devices”, i.e. films and film stacks such as they are used in finished samples. One fast and convenient option is the use of a surface profilometer. Here, a stylus tip brought in contact with the surface to be measured at a small force. Now, the tip is moved across the surface while keeping the force constant. If the surface possesses regions of different height, the stylus needs to move up an d down – this movement is measured and converted into height information. By measuring not only one line, but multiple lines next to each other, a two-dimensional “map” of the sample surface can be created. Scanning the film surface results in homogeneity data. To measure film thicknesses, the film is partially removed – scratched off the substrate – and the step height from substrate to film surface is determined. The method can be very fast – 1 mm scratches are typically scanned within 1 second – and very reliable and robust. The surface Profilometer funded by the European Regional Development Fund can

and is fully software controlled for convenient use.

The “Time of Flight” method is a simple and easy to apply experiment to measure charge carrier mobilities in thin semiconducting films. One just needs to create a this sheet of charge carriers (by the use of a short and strongly absorbed laser pulse) at one film side which will than travel through the layer under the action of an applied electric field. Once the charges reach the other side of the film, the displacement current will drop to zero. So, measuring the time the charges need to traverse the layer and knowing film thickness and applied voltage, the carrier mobility – by definition carrier velocity per unit field – can be calculated. In addition, the shape of the displacement current transient can be used to gain knowledge on the transport mechanism involved. To record the current transients, a fast oscilloscope is required. As the currents are typically quite small, a fast current-to-voltage amplifier needs to be employed. The electric field is applied by use of an laboratory voltage supply, and the setup is controlled by a computer as noise reduction requires to repeat the measurement several times under constant conditions. EFRE funding allowed us to purchase

Laser and small optical components were funded by other sources.

Atomic force microscopes are used to characterize surfaces at the nanometer scale. The sample surface is scanned with an ultrafine tip (ideally its size is that of one atom). The interaction between tip and surface leads to slight variations of the tip position which is detected using the reflection of a laser beam from by the tip. The force of the interaction is in the range of Nanonewtons. In addition to the sample topography, mechanical, electrical and optical properties can be detected with very high spatial resolution. For thin-film solar cells built from organic components, the relation of electro-optical properties to topographical features of the sample can be investigated by use of atomic force microscopy. To achieve a high lateral resolution, the tip needs to be moved across the sample with very high precision. This is usually done by the help of piezoelectric actuators. To allow a high accuracy and reproducibility, linearized “closed loop” scanners are required.