The (Radiation-) Tolerant Electronics with Soft Semiconductors Group is a Freigeist-Junior-Group funded by the VolkswagenStiftung. We explore and investigate tolerant soft semiconductors to enable a next generation of electronics. Our first vision: Novel radiation detectors that improve medical imaging with better spatial resolution, higher sensitivity, and lower radiation exposure for the patient. Our second vision: Ultralight, flexible and efficient photovoltaics that can be unrolled or unfolded to power future space-, Lunar- or Martian stations or simply provide a sustainable energy source for the world. Our third vision: Novel, truly flexible electronics. We thereby connect fundamental research, concrete technologies and applications and thereby span various research fields. 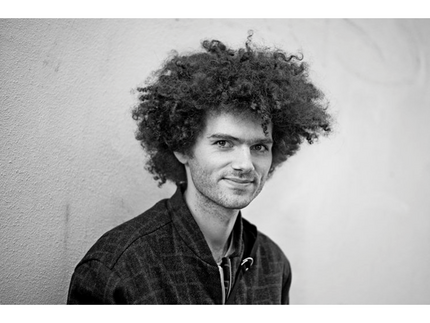 Felix Lang leads the (Radiation-) Tolerant Electronics with Soft Semiconductors (ROSI) Group within the Physics and Optoelectronic of Soft Matter Department at the University of Potsdam. He studied Physics at the Technische Universität München and the Freie Universität Berlin. He received his Ph.D. in physics from the Technical University Berlin, studying the stability and degradation of perovskite solar cells, which he conducted at the Helmholtz-Zentrum Berlin. He was then awarded a Feodor-Lynen Fellowship, which brought him to the group of Prof. S. Stranks from the Cavendish Laboratory at the University of Cambridge, UK, where he tested and developed next-generation perovskite tandem photovoltaics for space photovoltaics. With a return Fellowship from the Alexander von Humboldt Foundation he then came to the University of Potsdam, where he focused on a deeper understanding of the degradation-, working- and loss mechanisms of perovskite-based tandem photovoltaics. Recently he was awarded a Freigeist-Fellowship of the Volkswagen Stiftung, and currently, he is setting up the Tolerant Electronics with Soft Semiconductors Group at the University of Potsdam.

We are looking for enthusiastic Ph.D. Students and Bachelor Master Students:

If you are interested to work on an exciting new soft semiconductors for radiation detectors, space solar cells and flexible electronics join our group. Currently we are looking for Ph.D. students as well as for Bachelor and Master students to join our group, see Open Positions or get in contact with Dr. Felix Lang (felix.lang.1@uni-potsdam.de). For further information, have a look at the research activities of the Tolerant Electronics with Soft Semiconductors group.