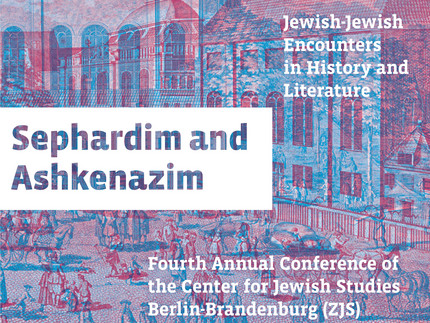 Sephardim and Ashkenazim – Jewish-Jewish Encounters in History and Literature

For a long time, Sephardic and Ashkenazi Judaism have been studied separately. Scholars have either dedicated their works to histories and literatures of Iberian Jews or to those of their French, German and Eastern European counterparts. However, scholarship is becoming ever more aware of the need to integrate the study of both Sephardic and Ashkenazi history, religion and thought into one field of Jewish Studies. Recent articles and books tend to focus on similarities and differences in historical dynamics and developments between these groups. The conference was intended to act as a continuation of and stimulus for these and further discussions. Contributors were considering Sephardic-Ashkenazi relationships in theory and praxis, religious differences and influences, narratives that deal with the respective Jewish other, be they from within or without Judaism, or questions of belonging and identities. The conference covered the period spanning from the early modern era, the epoch that marked the construction of Sephardic and Ashkenazi identities, until today. The geographical focus was on Europe, although countries and cultures outside of Europe were taken into consideration for the sake of comparison. Conference languages were English and German.

The program of the conference can be found here.