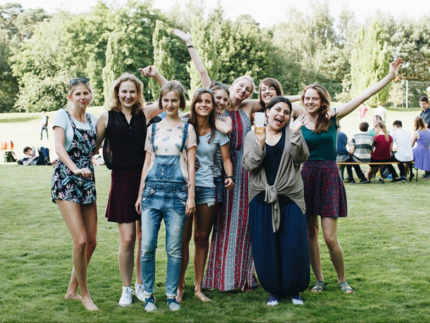 We (GBAs) hold up to two networking meetings (VT = Vernetzungstreffen) per semester. The format of these networking meetings varies, there can be input lectures, speed-dating style get-to-know-you rounds, open discussion rounds or other formats. The main goal is to have a relaxed exchange in a safe atmosphere. We welcome suggestions and feedback on the design!

Explanation of FLINTA*: This german acronym stands for women, lesbians, inter, non-binary, trans and agender people. The * is meant to include all people who do not identify with the terms mentioned, but are patriarchally discriminated against because of their gender.