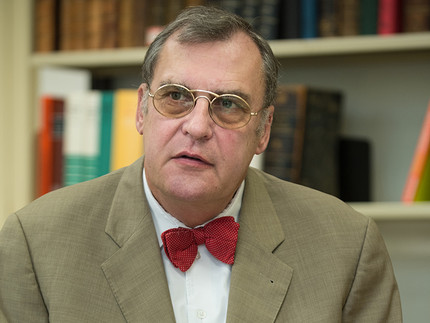 Prof. Dr. Dr. h. c. Detlev W. Belling, M.C.L. (U. of Ill.) (Ret.) was born in 1952 in Berlin. He graduated from Lilienthal secondary school (Gymnasium) in Berlin-Steglitz, in January 1972. He then studied law at the Freie Universität in Berlin and the University of Illinois, USA. He was awarded a doctorate degree by the University of Munster for his dissertation on “The Principle of Favourability in Labour Law” (1984) under the supervision of em. o. Prof. Dr. iur. Dr. h.c. (mult.) Wilfried Schlüter.

He acquired his postdoctoral qualification (Habilitation) on 31 October 101989 in the Department of Law of the University of Münster. His habilitation thesis was on “The Liability of the Works Council to the Employees and the Employer” (1990). In his habilitation lecture he spoke on “Decision-making authority in relation to medical procedures performed on minors”. In the following year he was named University Professor by the University of Bonn, at the Institute for Labour Law and Law of Social Welfare (Institut für Arbeitsrecht und Recht der Sozialen Sicherheit). From 1991 to 2018 he held the Chair of Civil Law at the University of Potsdam. From 1 October 1999 to 30 September 2000 he was the Dean of the Faculty of Law. His scholarly work includes publications in German and other languages on constitutional law, civil law and company law, as well as employment and labour union law, with a particular focus on church labour law

He was very active in the Evangelical Church and its social welfare work. As a sign of gratitude for his work on an honorary basis with the Diakonisches Werk of the Berlin-Brandenburg-schlesische Oberlausitz Evangelical Church, he was awarded the crown cross in gold on 12 October 2015.

In 2003 he was admitted to the Knightly Order of Saints Constantine and Helena in the Czech Countries. He was also awarded the Central Cross of the Hungarian Order of Merit (a Magyar Érdemrend Lovagkeresztje) in 2018 in the course of the German-Hungarian Symposium.

On 31 January 2018 he held his farewell lecture on “The Constitutionalisation of the Right of Pardon”.