A Think Tank on Eastern European and conflict studies

Since the beginning of the war in Ukraine, the University of Potsdam has been committed to helping affected students and researchers by providing emergency aid and scholarships. In addition to its aid package, the university aims to establish a think tank that will take a closer look at the Slavic region in Eastern and Central Europe as well as parts of the post-Soviet space. The potential for conflict in this region is highly complex and extends far beyond the current war in Ukraine. A broader perspective with different to conflicting viewpoints is imperative to understand the dynamics of stability and crisis in the region. To this end, the University of Potsdam wants to bring together high-achieving students from different disciplines in the think tank Translating Eastern Europe. The format will be funded within the Deutschlandstipendien program, half of which is financed by the federal government and the other half by foundations or companies, and for which the University of Potsdam is asking for support.

How does the think tank work?

In interdisciplinary teams, the scholarship holders develop independent research projects and implement them together - from first ideas to the conceptualisation, planning and implementation of their research to the public presentation of the results. The work of the think tank is accompanied and supported throughout by researchers .

What are the benefits of working in the think tank?

In addition to a Potsdam University scholarship of 300€ per month for one year, students benefit from working in the think tank not only because they broaden their understanding of language, history and culture, but also with regard to their professional practice. 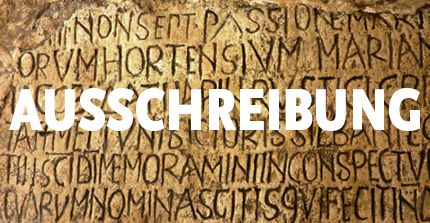 Here you can find the call for applications for a place in the Think Tank Evropa.

„We are particularly proud of our newly developed formats. The promotion and networking of excellent young researchers in thematically focused think tanks puts emphasis on the development of all potentials.“

We are constantly looking for supporters to help us implement the think tanks. Support 15 students from different disciplines in a think tank with a total of 35,000 euros per year:

„We are particularly proud of our newly developed formats. The promotion and networking of excellent young researchers in thematically focused think tanks puts emphasis on the development of all potentials.“