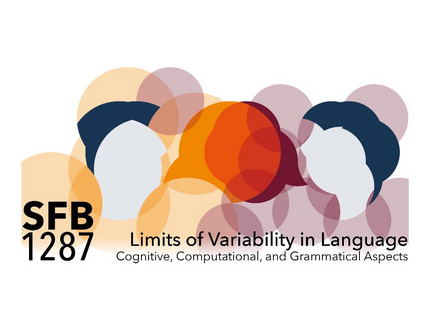 We have shown that variability is not just reducible to random noise but provides an important source of information to explain and predict linguistic behaviour. Furthermore, we have found that variability in the input can be a necessary precondition for the establishment of abstract mental representations. At the same time, we have found instances of “hidden variability”, that is, consistency at the surface that arises from different sources in different languages. By modelling the factors influencing linguistic behaviours, projects in the CRC are contributing to a better understanding of the underlying mental representations and processing architectures in individual language users, as well as of the grammatical options available in languages and in specific varieties of languages, and options shared by particular subgroups of languages users. The application of neuro-computational models provides systematic theoretical explanations for variability and consistency in the linguistic behaviour of human language users, also from machine learning perspectives. We are working jointly on several linguistic phenomena, from various perspectives, in a broad range of populations, and in different language families, to uncover the dual nature of language as part of the constrained cognitive system and as a flexible tool for interaction and communication to advance linguistic, psycho-/neurolinguistic, as well as computational and neural network models of the linguistic system at large.