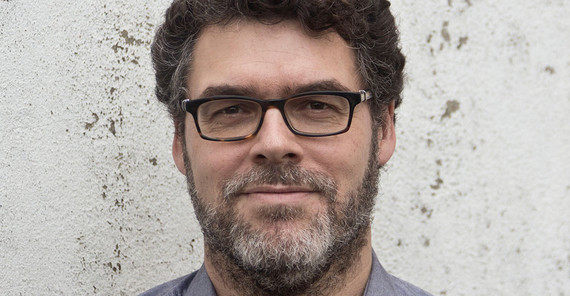 Photo : Seila Fernandez Arconada
Prof. Dr. Thorsten Wagener
Environmental scientist Prof. Dr. Thorsten Wagener has been awarded a Humboldt Professorship and will be joining the University of Potsdam to carry out research and teach. The professorship is endowed with 3.5 million euros and awarded by the Alexander von Humboldt Foundation with funding provided by the Federal Ministry of Education and Research. The expert for water and environmental engineering Thorsten Wagener wants to further expand the hydrology focus at the University of Potsdam. To this end, a new Research Center for Water, Environment and Society is being planned, among other things, which is to become a hub for globally interconnected research, innovation and teaching in order to safeguard water supply under changing (climate) conditions.

Water is essential for life on earth. But wherever water is scarce or overabundant – especially in times of climate change – it becomes a threat. That is why models explaining or predicting when and how hydrological extremes like floods and droughts come to be are in high demand. Such models for the mathematical description of hydrological processes and risks are Thorsten Wagener's field of research. His methods for reducing uncertainties in hydrological modeling and forecasting are standards in his research field – and not only there. A software application developed by him and his team is now in use worldwide, for example in the insurance industry or in engineering.

“We are delighted to welcome an outstanding researcher like Thorsten Wagener to our university as a Humboldt Professor,” said the President of the University of Potsdam, Prof. Oliver Günther, PhD. “With the planned establishment of a Research Center for Water, Environment and Society, we intend to consolidate and further expand our leading international position in the field of water and environmental research in the long term.”

Close cooperation between the University of Potsdam and scientific institutions such as the Potsdam Institute for Climate Impact Research, the Helmholtz Center for Environmental Research and the German Research Center for Geosciences has created a unique research infrastructure with a focus on climate and environmental issues in the region. As a Humboldt Professor, Thorsten Wagener is expected to take up a central role in this network. In the future, he intends to establish hydrology as a key science that can make important contributions to the role of water events in the spread of infectious diseases or to the regional impacts of climate change.

“I am happy about this decision by the Alexander von Humboldt Foundation, which acknowledges the key role of water research in tackling issues of the future and will provide considerable support for its further development at the University of Potsdam,” says Prof. Dr. Axel Bronstert from the Institute of Environmental Sciences and Geography, which Thorsten Wagener will be joining.

Thorsten Wagener has been a Professor for Water and Environmental Engineering since 2012 at the Faculty of Engineering of the University of Bristol, United Kingdom. After his studies in Siegen and Delft (Netherlands) with a stay abroad in Ethiopia, he was awarded a doctorate by the Imperial College London in 2002. As a postdoc and DAAD scholarship recipient he moved to the US and became an Assistant Professor in 2004 and an Associate Professor in 2009 at the Pennsylvania State University. He won many awards such as the Friedrich Wilhelm Bessel Research Award of the Humboldt Foundation and the Royal Society Wolfson Research Merit Award and is co-editor of several journals as well as a member of the European Academy of Sciences and Fellow of the Institution of Civil Engineers.