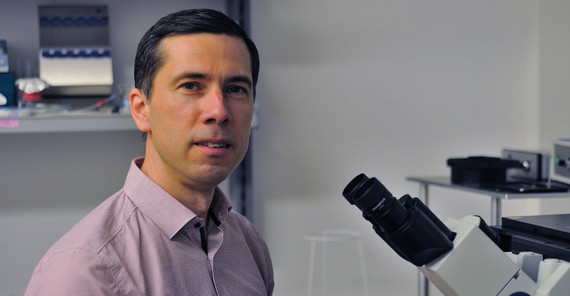 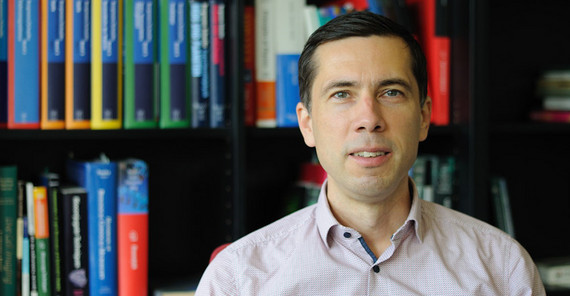 End of September, Prof. Carsten Beta, biophysicist at the Institute of Physics and Astronomy, will leave for a research stay of several weeks at the Nano Life Science Institute (NanoLSI) of Kanazawa University in Japan. As one of the leading experts in cellular biophysics, he has been selected by the Japanese research initiative WPI to explore the potential of high-speed atomic force microscopy for the study of cell motility.

How did the cooperation with the NanoLSI in Japan come about? What is planned for the coming years?

NanoLSI was founded by the Japanese research initiative “World Premier International Research Center Initiative” (WPI) in 2017. In order to promote collaborations, internationally established scientists are invited to work at NanoLSI as Principal Investigators (PIs). I visited the institute in 2019 for a conference and was impressed by the technical expertise and the scientific achievements of this place. I have now been selected as PI in the field of cellular biophysics, which involves a professorship at NanoLSI for the next five years. This winter I will take a sabbatical to establish the cooperation with NanoLSI. In the coming years, I will then spend about 30 days per year in Japan to set up and lead a research group at NanoLSI.

In your research group here at the University of Potsdam, you are investigating the dynamics of actin cytoskeleton - what does that mean?

The actin cytoskeleton is a network inside cells that is built from the structural protein actin and gives cells their shape and mechanical properties. The dynamics of this network structure is responsible for numerous cellular functions, such as the movement of cells or cell division. We study the dynamics of the actin cytoskeleton in single-cell experiments using the amoeba Dictyostelium discoideum, an established model organism. The actin cytoskeleton is very dynamic and can self-assemble into different types of functional structures. I am particularly interested in the so-called actin waves, which are responsible, among other things, for the organization of the individual components of the cytoskeleton during cell movement.

Can you give any specific application examples of your research?

We conduct basic research, which is relevant for many processes occurring in the body, such as wound healing or the actions of the immune system. Similarly, the spreading of cancer cells is controlled by dynamical processes, which we are investigating. There are also biomedical scientists and pathologists working in the field of cancer research at NanoLSI. Another system we are studying are bacterial swimmers, which play an important role in the spreading of infectious diseases throughout the body.

What kind of experiments will you perform at NanoLSI?

Much of our research is based on quantitative observations at the single cell level. Researchers at NanoLSI have developed a state-of-the-art technology, High-Speed Atomic Force Microscopy, to study the dynamics of biological processes. This allows surfaces to be scanned on the nanometer scale to image, for example, the structure of proteins. The Japanese researchers are world-leading experts in imaging biological samples at very high speeds using this technique. We would now like to investigate how we can use these techniques to advance our understanding of cell motility. This is a step-by-step process and I hope that by collaborating with NanoLSI it will be possible to gain new insights into the dynamics of the actin cytoskeleton at the nanometer scale.

What else are you looking forward to when you travel to Japan again?

It is exciting to get to know such a foreign and different country, a culturally very enriching experience. Although unfortunately I do not speak Japanese, I felt very comfortable among the people there, who are very friendly and helpful. Kanazawa is also close to the seaside and it is famous for its Japanese cuisine, which I very much appreciate.

Thank you for the interview!