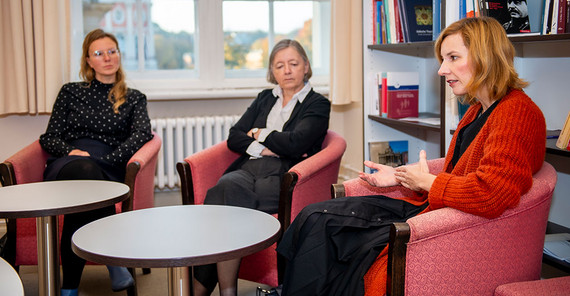 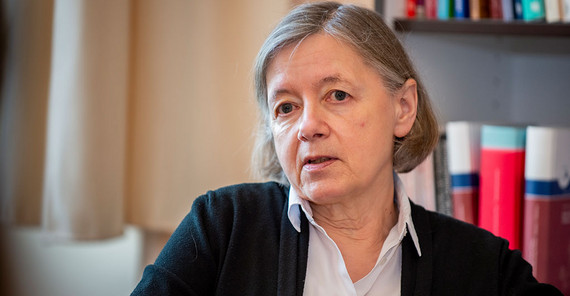 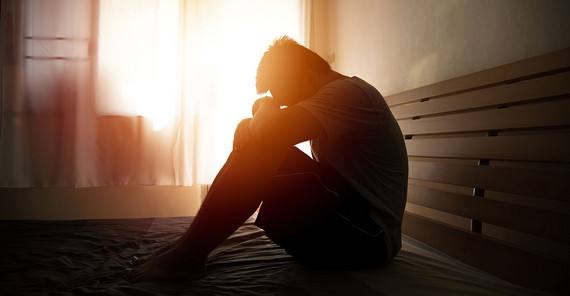 #MeToo caused a stir – not just online, but also in people’s minds. Many now interpret touch, gestures, and words as sexual assault, which they might have thought of as a private matter between two people before. And recognizing sexual violence is a prerequisite for preventing it. In a study funded by the German Research Foundation (DFG), social psychologist Barbara Krahé and her team examined how sexual aggression, defined as nonconsensual sexual relations, can be prevented. Between 2018 and 2020, 1,181 students from universities in Potsdam and Berlin participated in this study.

Sexual violence is alarmingly common. But what are the risk factors for becoming either a victim or a perpetrator? And how can both be prevented? Barbara Krahé and her research partner Anja Berger already found out what increases the likelihood of experiencing or perpetrating sexual aggression in an earlier study conducted between 2011 and 2013. Back then, the psychologists asked more than 2,400 students and found that views about the conduct of consensual sexual relations played a “significant role”. Krahé also refers to these as scripts of conduct. “This is comparable to visiting a restaurant,” the psychologist explains. “Every person has a general idea of how such a situation takes place: where do I sit, what do I order, when do I leave?” With regard to sexual aggression, such scripts of conduct should be considered risky if they contain certain elements are associated with an increased likelihood of experiencing or engaging in sexual violence. This is the case, for example, when someone thinks that consuming alcohol is part of sexual interactions or that you shouldn’t communicate your sexual intentions and desires too clearly. Such scripts guide people’s conduct in sexual situations and affect the risk of experiencing nonconsensual sexual interactions or forcing them onto others.

To find out how the risk of nonconsensual sexual relations could be reduced, Krahé and her collaborators Paulina Tomaszewska and Isabell Schuster initiated a second study. This intervention study is called “KisS – Competence in Sexual Situations” – a title with a deliberately positive connotation. The study participants were 22 years old on average and mostly came from the region. 65% were female. “We followed an inclusive approach, which means that we included same-sex and heterosexual relations, as well as asexual relations with both men and women.” In many studies, only women are asked about experiences as victims and only men about experiences as perpetrators. “In our view, this approach is outdated,” says Krahé. Although women are more likely to be victims and men have more risky scripts, “the following is true for both: riskier scripts of conduct increase the likelihood of risky behavior and thus nonconsensual sexual experiences.”

The psychologists recruited their study participants mainly through mailing lists of the University of Potsdam and Berlin universities. Participants were subsequently randomly assigned to a control and a treatment group, without knowing which group they were in. In both groups, the sexual scripts and a number of other aspects of thought and behavior regarding sexual encounters were measured to enable comparisons with the data collected post treatment. Afterwards, the treatment group worked through six prevention modules over the course of six weeks, while the control group received no treatment. “We surveyed both groups a week after the last module, then again nine months and finally twelve months later,” Schuster explains.

At the time of the pre-treatment measurement, the participants were asked whether they had experienced or perpetrated sexual aggression since the age of 14. Later, they were asked whether they had experienced sexual encounters or forced others into them since the last data wave. Specifically, this meant: Had the participants experienced touch, kissing, or intercourse against their will or forced another person into it? Had there been verbal coercion, such as spreading rumors or threatening to end the relationship? Had a person been unable to defend themselves because they had been under the influence of alcohol?

“At the end of the survey, we expected to see less sexually aggressive behavior and fewer experiences of being a victim in the treatment group,” Krahé explains. “Our hypothesis was confirmed: Those who participated in the six-week prevention program reported less risky scripts. Their sexual self-esteem was higher and their tolerance of sexual assault lower,” Krahé says. “We have shown that we can reduce the risk of nonconsensual sexual relations when the scripts for consensual sex become less risky.” By sexual self-esteem the researchers mean positive feelings, thoughts, and behaviors regarding one’s own sexuality. “When someone has high sexual self-esteem, the probability of exerting or experiencing sexual violence is lower – so it is a protective factor,” Schuster explains.

Students worked through modules to promote their sexual competence

Imagine you want to sleep with your partner for the first time, how would that take place? How likely is it that you would say yes, when you actually mean no? How well did you know the person you last slept with? Are you satisfied with your sexual encounters? How often do you consume pornography? Have you ever pushed someone who was under the influence to have intercourse with you? Students from the treatment group dealt with such questions over the course of six weeks. The modules all revolved around the risk factors that the psychologists had identified in their previous study: alcohol consumption, ambiguous sexual communication, superficial sexual contacts (“casual sex”), low sexual self-esteem, pornography consumption, and the tolerance of sexual assault.

“In the modules, we described realistic scenarios, in which young adults might actually find themselves,” Tomaszewska explains. “For example, a night at a club: There’s alcohol, two people meet, and one approaches the other sexually.” The researchers then provide didactic explanations on the psychological effects of alcohol, which increases ones’ vulnerability, meaning the risk of becoming a victim. The participants also received exercises for self-reflection, such as discussing with friends whether it is acceptable to talk someone into sex.

Pornography consumption played a role in the study because its stereotypical depictions significantly affect scripts of sexual conduct. “Studies have shown that pornography steers the mental representations of sexual encounters,” Krahé explains. “Men might then think that women say ‘no’ but mean ‘yes’ – as they have seen in pornographic films.”

The right discourse is important for the prevention of sexual violence

“Although sex is a central topic for young adults, it still comes with a lot of taboos,” says Krahé. That’s why it is such a challenge to find the right tone in order to sensitize young people to unwanted sexual encounters. Information alone is not enough: “We know from AIDS prevention that knowledge of the transmission paths is less important than, for example, having the courage to buy condoms at the drugstore,” Krahé says. The study shows in an exemplary way what informed prevention must look like: “We can’t come with negative messages and say, for example, that alcohol is bad. Instead, we broached critical issues in such a way that they didn’t produce resistance in the participants, who instead wanted to really engage with the described situations.”

The researchers considered it a success that more than 80% of the participants stayed until the end. “Such a low dropout rate is quite sensational,” Krahé says. Participating in a study for more than two years is an indication that the participants themselves got something out of it. The researchers had planned support measures in advance, and the study design was approved by the institutional review board of the University of Potsdam. “We installed help buttons on the pages in order to provide access to professional help,” Krahé explains. The study was done entirely anonymously. Moreover, the psychologists deliberately decided to have the questionnaires filled out online at a self-chosen time. “We know from other studies that people are more likely to report experienced or perpetrated sexual aggression in a protected space at a time of their own choosing,” says Isabell Schuster. “This probably results in more honest answers.”

The researchers were also able to confirm an alarming finding from other studies: “The rates of sexual aggression are high and also higher than even ten years ago.” Krahé suspects that the #MeToo movement plays a role here – it was probably “awareness-rising.” People seem to have since become more likely to interpret sexual activities as nonconsensual. This would mean that not the incidence of sexual assault and rape has increased, but the perception of one’s own behavior or experiences as inappropriate. That is why the researcher stayed very close to the actual behavior in formulating the question: “When you ask people whether they have been raped, they often say no. But when you ask them whether they were threatened with violence in order to have sex, they say yes much more often. It is not easy to see yourself as a victim,” the social psychologist explains. In addition, the number of perpetrators is lower in all studies on sexual aggression than the number of victims – which could either indicate that perpetrators have multiple victims or that they do not want to admit their actions.

In a next step, the researchers want to make the intervention modules available to the public, perhaps as a digital resource for sex education in schools. They also plan to apply the research design of the first study, which took place between 2011 and 2013, to teenagers and are currently applying for funding. “It is important to start prevention as early as possible. After all, we know that many teenagers have unwanted sexual experiences,” says Krahé.

Schuster and Tomaszewska conducted similar longitudinal studies in Chile, Turkey, and Poland. Besides psychology, Schuster also studied Turkish Studies and lived in Chile for several years. She wanted to know whether similar mechanisms are at play in Turkey and Chile as in Germany – and found in two longitudinal studies that there are similar risk factors, and scripts of conduct play just as big a role in predicting whether one will become a victim or perpetrator of sexual aggression. Tomaszewska came up with similar findings in a Polish sample. For her PhD thesis, she examined sexual scripts among Polish students and their relation to sexual aggression as well as other predictors, such as religiosity. “I was especially interested in how the religious, or rather conservative, upbringing in Poland, where I grew up, affects sexual scripts.” The outcome: The more religious the students were, the less risky sexual scripts they reported, which in turn predicted less risky sexual behavior and a lower rate of experiences of sexual aggression. Schuster found the same association among young adults in Turkey and Chile. “Religiosity is a protective factor, the scripts are less risky,” she says. “At the same time, religiosity is a risk factor because it often comes with lower sexual self-esteem. Particularly religious people were unable to clearly refuse unwanted sexual encounters.”

The key to preventing sexual aggression, according to Barbara Krahé, is how people imagine consensual sex. “It is important for young adults to act more competently in wanted, consensual interactions – because this reduces the risk of unwanted sexual relations.”

Prof. Dr. Barbara Krahé studied psychology, English studies, and educational sciences at the Universities of Bonn and Sussex. Until 2021, she held the Chair of Social Psychology at the University of Potsdam.
Mail: kraheuuni-potsdampde