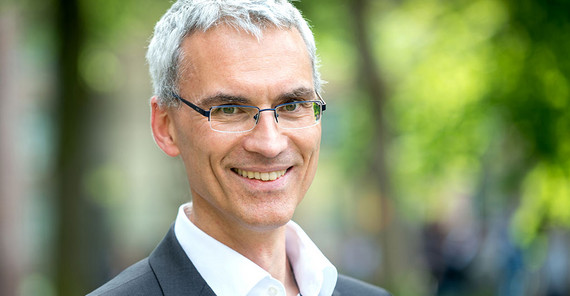 Since 2015, scholars who can no longer work in their home countries because they are under threat or persecuted have had the opportunity to continue their work at German higher education institutions and research institutes – with a fellowship from the Philipp Schwartz Initiative (PSI). It was launched by the Federal Foreign Office and the Alexander von Humboldt Foundation. Sociologist Prof. Dr. Jürgen Mackert has mentored several PSI fellows at the University of Potsdam. Matthias Zimmermann talked to him about the significance of the initiative, how researchers and students at the University of Potsdam benefit from the fellows – and why academic freedom is by no means only at risk where we commonly assume it to be.

Why is the Philipp Schwartz Initiative (PSI) necessary?

A now well-established and highly effective program such as the Philipp Schwartz Initiative has become an indispensable tool in recent years to support international scholars who have come into the crosshairs of their respective rulers. Be it because they work on issues that are a thorn in their side, be it because they take their responsibility seriously and speak out on societal grievances. Criticism of current conditions formulated from within academia is not welcome – no matter the kind of regime.

Whether it be the persecution of Turkish scholars who have railed against Turkey's war in Kurdistan, or the only seemingly innocuous inquiries by the AfD parliamentary group in the Brandenburg state parliament about the gender studies curriculum in particular – all of this highlights a development that is zeroing in on science and is fighting against its autonomy, even in supposedly liberal-democratic societies. It is not just a matter of looking at the extremes that already exist, but also of observing developments in countries such as Austria, Poland, Hungary, and other EU member states. Even in Europe, we can neither take academic freedom for granted nor regard it as unassailable. Things could already get a lot more uncomfortable here in Brandenburg after the next state elections.

Many fellows are facing threats or even persecution and have to take special precautions. How does this affect the work of your team?

Yes, and this threat does not necessarily stop once they have fled their country. One should not be so naive as to believe that the Turkish secret service does not know who among the dissidents is working at which university and where. The PSI fellows are of course aware of this danger, but they are politically alert people and take appropriate precautions. We are in discussion with each other about potential restrictions and hazards of this kind. None of this has a negative effect on the work of my team at all; on the contrary, the presence of the fellows has entirely positive effects.

I find their projects and commitment to be a great asset in research, teaching, colloquia, joint publications, and jointly organized workshops, and university-wide lecture series, for example on "Global Riots" in the summer semester of 2020 with almost 100 students. The fellows bring up new topics, perspectives, and questions, which also highlights different academic cultures. They also volunteer to teach, and the students stand to benefit enormously from this, because not only do they learn new things in these courses, but they also come into contact with highly qualified scholars, many of whom have very international academic careers that students would otherwise never be able to experience.

What else could or should German or international academia do to help at-risk scholars?

I appreciate the Humboldt Foundation's efforts immensely, because they were a great and decisive first step towards supporting threatened and persecuted scholars. It is perhaps not so much academia itself that would need to do more, because the host universities create an institutional framework to host PSI fellows; that is a lot of work. At the University of Potsdam, this is handled by the Welcome Center, where Claudia Rößling coordinates everything for the PSI fellows, and it is thanks to her that there is a convincing concept from the university, which is also a decisive criterion for a successful application for a Philipp Schwartz fellowship. In addition, many staff members here are very supportive – from our administration up to the Vice President of International Affairs and Fundraising.
But the states or the federal government could do much more. One might consider the creation of special positions, including professorships or research professorships, for refugee scholars in order to avoid squandering the benefits that PSI fellows offer for the German science and research system after just three years.