A Trip through the Andes – Geoscientists on Excursion in Argentina 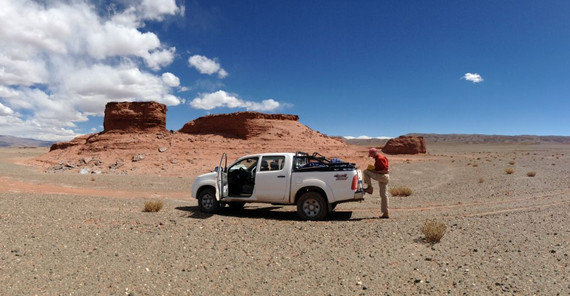 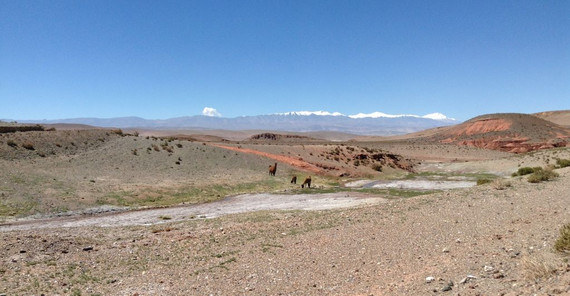 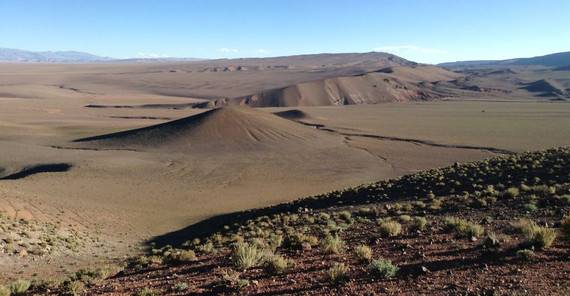 At the end of November 2021, PhD students from the international research training group “StRATEGy” and the dual PhD program of the DAAD-funded German-Argentine University Center depart on a research trip to Argentina. For two weeks, the young researchers will record and subsequently process geological data in the field under the guidance of Prof. Dr. Bodo Bookhagen and Prof. Manfred Strecker, PhD from the Institute of Geosciences. In the Andean province of Salta in northwestern Argentina, members of the two Argentinean partner programs, led by Prof. Laura Giambiagi (Mendoza), Prof. Fernando Hongn, and Dr. Carolina Montero (Salta), will also join the group. Together, the geoscientists want to survey the spectacular outcrops in the Eastern Cordillera of the Andes during multiple site excursions and evaluate them in subsequent training sessions using computer-aided methods. The trip is financed by the DeArGeoNet project of the Federal Ministry of Education and Research (BMBF). In an online diary on the homepage of the University of Potsdam, the PhD students will report on their explorations and experiences along the way.

Climatically or tectonically driven events are often part of complex, multi-layered problems and processes, as they take place without regard to political boundaries, occur at different speeds, and make themselves felt at different times. As the effects of recent earthquakes and floods have clearly demonstrated, it is therefore important for us to better understand extreme events; especially with respect to processes that have occurred in the recent geologic past. Since they represent recurring phenomena, such past events are often “archived” in rock and sediment successions, but they can also be used through landforms, such as in the case of earthquake fault scarps or folds, for detailed on-site analysis and subsequent consideration of hazard scenarios. New tools and technologies, as well as multidisciplinary approaches, are also needed to characterize and quantify the processes involved. This new set of tools includes observations via remote sensing methods using unmanned aircraft or satellites, but also modern sensors from global navigation satellite systems (GNSS), which can then be combined with field observations. It is precisely at this intersection between different measurement methods, terrain observations, and processes on different time scales that the concept of this year’s StRATEGy terrain course in Argentina has its starting point. The field trip is designed for the students to apply, discuss, and evaluate different methodological approaches in an international context.