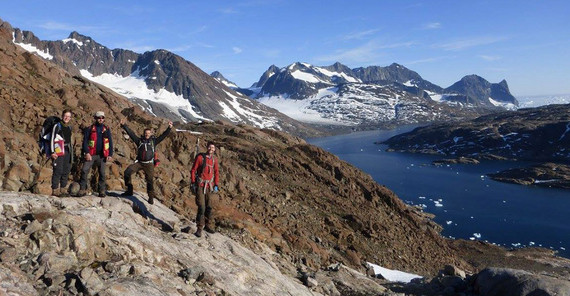 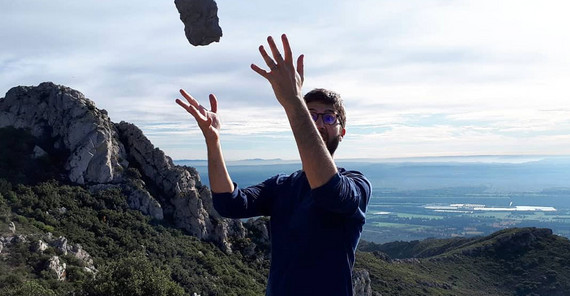 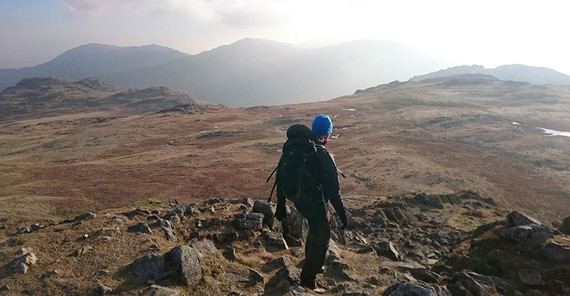 Dr. Nicoli, what is special about a Humboldt Fellowship?

A Humboldt Fellowship is a great opportunity to carry on cutting edge research and grow as an independent researcher. It provides me with the perfect environment to investigate and further our understanding of geological processes that have shaped and are still shaping the face of the Earth. Being based at the University of Potsdam I have the opportunity to collaborate with other institutions such as the GeoForschungsZentrum Potsdam and the Museum für Naturkunde Berlin. One of the attractive aspects of the fellowship is that it gave me the possibility to learn German prior to the start of my scholarship, which helped to adapt better and find my marks.

When did you start your research fellowship at the University of Potsdam and how long will you stay?

My fellowship started in May 2020 and I will be in Potsdam for two years (the maximum duration of the fellowship). However, due to the current COVID-19 situation, only now I started to come to the institute recently. It is quite a strange situation. So far I have been working using data from the literature but I should start analyses and experiments on material collected during my last field season shortly.

How did the collaboration with Prof. Patrick O’Brien and Dr. Silvio Ferrero from your host group Petrology at the Institute of Geosciences come about?

I met Prof. O’Brien a couple of times during conferences, however the project mostly involves collaboration with Dr. Silvio Ferrero whom I met several times during my D.Phil. in South Africa and then lately during the Granulites and Granulites 2018 conference in Ullapool, Scotland. We first collaborated on organizing a session on microstructure at the yearly General Assembly of the European Geosciences Union (EGU) in Vienna in 2019. Wishing to further my understanding of crustal processes and melt inclusions, I then approached Dr. Ferrero with a project combining the thermomechanical evolution of the Earth’s crust and changes in global volatile (i.e. CO2, H2O) cycles.

Your current research focus is the onset of modern plate tectonics - What are you particularly interested in?

In theory, plate tectonics is the surface expression of Earth’s internal evolution where the lithosphere (crust + upper part of the mantle) acts as a conveyor belt connecting Earth’s surface cycle and Earth’s deep cycle. It is an essential mechanism that helps to regulate the interchange between the Earth’s atmosphere and oceans and its mantle, maintaining surface habitability. However, since it is not completely clear how we reached this situation, the origin and evolution of plate tectonics has been studied extensively during the last 20 years. As a community, we are trying to answer this issue with different approaches (fieldwork, geochemical and geophysical modelling), which have led so far to consistent estimates for a start date 2.9-3.0 billion years ago.

With my research, I want to further our understanding on how the evolution and generalisation of plate tectonics can impact the volatile cycle (i.e. CO2, H2O) and the global balance of the Earth system. This has important implication for the origin of life, both on Earth and other planets. To that end, we need to better understand the crust ability to store volatile elements through time. This can be achieved by investigating volatile-rich inclusions in archean metamorphic minerals, which represent pristine snapshots of processes that happened 3.0 billions of years ago.

What kind of field work is planned during your stay at the Institute of Geosciences?

Most of our work is based outside and we need to travel to collect samples of metamorphic rocks and partial molten rocks (i.e. the source of crustal granite) for our research. The current situation has complicated this aspect of our work quite significantly. But thankfully, I already have some samples with me. I will work on rocks I collected during my 2017 Arctic expedition with the University of Cambridge, samples from West Greenland, collected for me by a colleague from Oxford and samples from the Bohemian Massif in Central Europe. Prof. O’Brien and Dr. Ferrero have an extensive knowledge of the Bohemian Massif and we hope to go there and collect some material soon.

What kind of experiments do you perform in the laboratory?

Back in the lab I need to process my samples to extract their geochemical information. I use the classic set of analytical techniques for petrologists: after cutting and crushing rocks, I conduct microprobe analyses on thin sections to retrieve the composition of the mineral phases and uranium-lead dating on zircon to provide a timeframe for the studied metamorphic processes. I then use this set of data to reconstruct the tectonic and thermal evolution of my studied areas.

To access the volatile content of the deep continental crust, I analyze preserved melt and fluid inclusions in high-grade metamorphic minerals such as garnet with Raman spectrometry, laser ablation or nanoSIMS, which are different methods of mass spectrometry.

How do you like the institute and how did you experience your time in Germany so far?

So far my experience as a AvH fellow in the Institute of Geoscience is quite good. I am part of a relatively small but dynamic group. We have several ongoing projects and we hope to recruit more students soon. Because of the current situation, I unfortunately have not had time to explore other regions of Germany. But I hope to do so next year.

Humboldt Fellow Gautier Nicoli studied at the Université Jean Monnet in Saint-Étienne, France and at the Stellenbosch University in Western Cape, South Africa, where he received his PhD in 2015. He worked as a postdoc in South Africa, France, and the UK, before he was granted a Humboldt Research Fellowship for postdoctoral researchers to come to the University of Potsdam.
Mail: nicoliuuni-potsdampde

This text will be published in the university magazine Portal Wissen - One 2021.