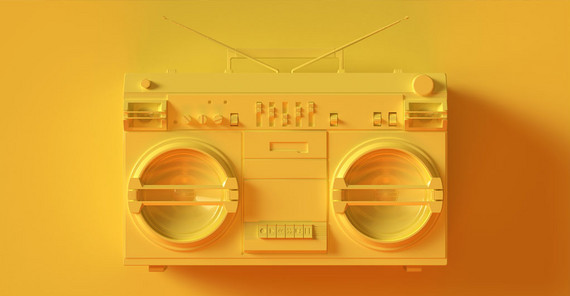 In his free time, David Chemeta no longer listens to rap music, as he admits with a laugh. It hardly comes as a surprise as the young researcher has studied the genre, in particular rap lyrics, intensely over the past three years. In this context, he has also consumed a lot of the music with its typical rhythmic speech. All in all, he examined the complete works of 15 French and 20 German singers and groups released in the past 25 years. Chemeta, who was born in the Alsace region and speaks French and German, analyzed the lyrics of some 5,000 songs – and listened to rap music for months while preparing his doctoral thesis.

Rap as a voice

“All this talk about European integration / When I get to the border on a train or bus / I wonder why I am the only one who has to show his ID card / prove his identity!”

This is the sort of text passage that catches Chemeta’s attention. The lines are taken from the song “Stranger in my own land” by the German hip hop band “Advanced Chemistry”. In his research, Chemeta focuses on the national, cultural, and ethnic identity of young musicians with foreign roots who see rap and hip hop music as a voice for them and their generation. Chemeta summarizes all this as national identity. How do the musicians and their fans see themselves in society? Do they feel that they belong and are equal, or excluded and discriminated? How has their self-image changed over time? For Chemeta, the answers to these questions are in the lyrics.

As it happens, there is hardly any other music genre that deals with migration as intensively as rap does. Some 60 percent of all German and 90 percent of all French rap musicians take up migration in their songs, according to a study done in 2002. In the USA, rap developed in the 1970s as part of hip hop culture in the African-American ghettos of New York. Socially critical lyrics have characterized the genre from the beginning. In Germany, the band “Advanced Chemistry” had their breakthrough with the single “Stranger in my own land” in 1992. Its musicians have Italian, Ghanaian, Chilean, and Haitian roots, and their lyrics touched a raw nerve. Racism, a surge in right-wing extremism, exclusion, and police violence – for the first time, German-speaking hip hoppers were voicing the problems of their time, problems experienced mainly by those whose parents or grandparents were not born in Germany.

“Migration is a comparatively young research field,” Chemeta explains. Thus it is difficult to maintain the required perspective to present the topic in a calm and neutral way. Nevertheless he tried, through music. How come? “By accident, and because I wanted to do something provocative,” he explains. “When I was very young, I began to learn German from rap lyrics. Later, when I joined the master program at the University of Lyon – which is quite an elitist and magnificent institution – I chose the topic to provoke.” But the expected reaction did not occur. On the contrary, the supervisors were delighted. And Chemeta’s fascination with the topic did not end once he had obtained his master’s degree. Soon he will complete his doctoral thesis which gives a very direct insight into the lifeworlds of German and French youths with a history of migration from the 1990s to the present.

The researcher is especially taken with the concept of space as introduced by postcolonial studies which differentiates between the center of a society and its margins. According to this concept, the powerful assemble at the center of society, while the powerless aggregate at its margins. “What perspective do the rappers take?” Chemeta asks in his thesis. Where do they position themselves in society? Do they see themselves as powerless and at the mercy of a racist center – or as standing at the center and ready to act?

Does a passport determine your national identity?

For his research, Chemeta selected artists on the basis of specific criteria. The selection was narrowed down to those who take up migration issues in their lyrics at least to an extent. He included commercially extremely successful musicians such as Bushido and Samy Deluxe, as well as those who made important contributions to the development of the genre. “Today, ‘Advanced Chemistry’ are no longer a household name, but for the history of rap they were a very important band,” Chemeta says. “Bushido still poses as the ghetto kid, despite the fact that he lives in a villa and drives fancy cars now.” Some rappers were included for their uniqueness. Deso Dogg for instance, also known under his civil name Denis Cuspert, was a professing Salafist and Islamist preacher. In 2013, he joined the jihadists in Syria where he presumably died in 2018. “Because of his personal history, it was very interesting for me to figure out his self-image and national identity and compare them with those of others,” Chemeta explains.

Step by step, he worked through albums and lyrics to analyze the views of the respective musicians on societal and migration issues. When it comes to the national identity they represent, does the passport make the difference? Or are cultural, personal, political, or entirely different criteria more important?

In his collection of rap lyrics, Chemeta observed a major change in the self-image of musicians over the past 25 years. Let’s take the German rapper Samy Deluxe. His career started at the turn of the millennium. At the time, he saw himself at the outer edge of a society that was mainly racist at the center, and compared the situation with 1933. “Every day, we are surrounded by living dead, / surrounded by signs telling us: No trespassing! / Surrounded by skinheads taking the lives of Turks and Africans / while cops stand idly by to avoid problems,” he sings in “Wake me up” from 2001.

Starting in 2008, his texts show a totally different attitude: “I’m not fighting against racism, egotism, terrorism / Hate only produces hate, I’m fighting for something / a better country, a better world / Sounds a bit kitschy, but is still important somehow / C’mon and support me, do something useful,” Deluxe says in “Because it’s about time now”. “He changed completely, from an outcast at the outer edge of society to someone right at its center,” Chemeta analyzes. In other artists, he noticed this shift in perspective, too.

For Chemeta, political developments in Germany were the main reason for this change. From 1998 onwards, with the red-green coalition in power, the public perception of migration changed from rejection to a more open attitude. The integration policies pursued since 2005 strengthened this trend which apparently had a positive impact on the self-image of young people with foreign roots. Similar tendencies could be seen in France. “But with a delay of five to ten years,” Chemeta says. In migration research, this result had been known from other studies, but Chemeta was the first to demonstrate it in rap song lyrics, too.

As Chemeta delves deeper into his special field, more and more questions come to his mind. Do commercially successful rappers really represent the position of the community? Is rap still the voice of minorities and people with foreign roots? And what do women think about it? Rap music is a male-dominated genre. The female perspective is almost completely lacking – with very few exceptions. And yet the female perspective is highly interesting in migration issues, too. Maybe Chemeta will take up some of these research questions later. “That’s the good thing about research: You’re never done.”

David Chemeta studied German language, literature, geography, and Romance philology at École normale supérieure de Lyon (France), Saarland University in Saarbrücken, and the University of Strasbourg. Currently, he is pursuing a doctorate at the University of Potsdam. His thesis is entitled “Nation, migration, narration: 25 years of German and French history through the eyes of German rappers with foreign roots”.
Mail: dchemetaugmailpcom