Getting out of the crisis – Prof. Dr. Maik Heinemann on the economic effects of the corona pandemic 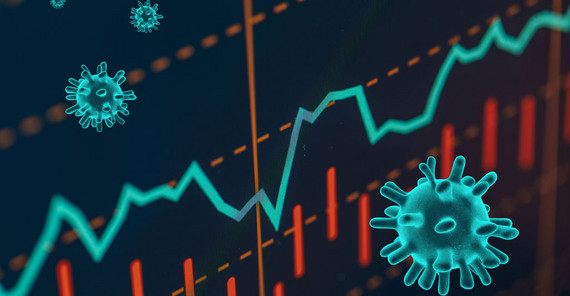 Photo : AdobeStock/OSORIOartist
The corona pandemic has already become a global economic crisis.
Immense financial losses, production downtimes and layoffs – the coronavirus is putting an enormous burden on the economy. How the markets will cope with the coronavirus currently also depends on how long the shutdown will last. The economist Maik Heinemann, Professor for Economic Growth, Integration and Sustainable Development at the University of Potsdam, explains the national and global economic dimensions of the corona crisis, the government’s relief programs and the chances of recovery after the recession.

Mr. Heinemann, the German economy has almost come to a standstill. Has there ever been a comparable situation before?

No, this is a unique situation in the history of the German federal republic. Even comparisons with more recent crises – in particular the financial crisis of 2008 – are misleading, since the cause for these crises was situated in the financial system. Now, however, the real sector of the national economy is directly affected. We can only hope that comparisons with the global economic crisis of the 1930s will also prove inadequate. At the height of the crisis back then, industrial production in the German Reich fell by 40 percent.

For its part, the German Council of Economic Experts expects a decline in economic output of less than ten percent – as a comparison: During the financial crisis, the decline was just over six percent.

The German government now supports the economy with hundreds of billions of euros – in the form of emergency aid for small businesses, state guarantees and flexible short-time allowances. Could you please explain the various tools?

On March 23, 2020, the German government adopted a series of measures which, within the framework of a supplementary budget, will provide for new borrowing of 156 billion euros and also include extensive credit guarantees, a stabilization fund for large companies and various legal changes designed to mitigate the direct consequences of the crisis. The approved support for small companies and solo self-employed persons, as well as the extended regulations on short-time work, are intended to compensate, in particular, for the loss of income of those affected and to help as many small companies as possible (this applies in particular to businesses from the food service industry) through this crisis. Similarly, households whose incomes have collapsed will be protected from being evicted from their homes, and for households entitled to the Hartz IV unemployment benefits, some easing of the application review process is to be introduced.

The credit guarantees and the stabilization fund aim to protect German businesses overall from the negative effects of the crisis. This applies to all those companies that are already feeling the full impact of this crisis (such as the airlines whose business is currently suspended) or will continue to feel it in the coming weeks. It would be desirable for the economy to pick up again to the usual extent after the hopefully timely end of the corona crisis. However, this can only succeed if the companies still exist.

Do you think the emergency package is effective?

That remains to be seen. At least this package was also strongly welcomed by the German Council of Economic Experts. The short-term income aids will certainly help ease the burden on households that are particularly affected by the crisis. The extent to which the business stimulus measures will be sufficient can hardly be assessed in a reliable manner at this point in time by anybody.

According to estimates, millions of people will lose their jobs – far more than in the financial crisis of 2008. What does the crisis mean for the individual? And are the federal government's plans sufficient to protect citizens from financial hardship?

There is no doubt that this crisis is accompanied by hardship. Not only in the economic sector, by the way. We are currently experiencing unprecedented restrictions on our usual freedoms. Loss of income and uncertainties about future income clearly are no insignificant aspect of this crisis. However, the measures implemented so far by the federal government have addressed this from the very beginning and are aimed at preventing such emergencies (as are the established social policy regulations that are still in force).

What impact will the pandemic have on the European market and the global economy?

We live in a globalized world in which the international division of labor has progressed so far that even the loss of one – albeit not insignificant – country like China has a significant impact on global supply chains and therefore on production. As a result, the consequences of the corona crisis will also be felt and visible globally in terms of the economy. It is not only the German economy that will suffer a considerable economic collapse. The situation will be similar for all European countries. The European Union is the largest common economic area in the world.  If we also consider that the United States will be hit in a very similar way, it is clear that this will mean a global recession.

What are the chances of the economy recovering after the crisis?

In this respect, we can perhaps be cautiously optimistic. Should the pandemic be over in the near future and if economic life could then resume, a relatively rapid recovery is to be expected. After all, unlike with natural disasters or wars, no production facilities have been destroyed. A similar effect was observed after the financial crisis of 2008, when the German economy recorded growth rates of four percent just one year after the crisis peaked in the first quarter of 2009.

The questions were asked by Dr. Jana Scholz.

(Not) alone together – University of Potsdam students develop “WESOLATE“ app offering a certain degree of being social from a distance Animal ecologists in the home office – What can be done when researchers cannot experiment?