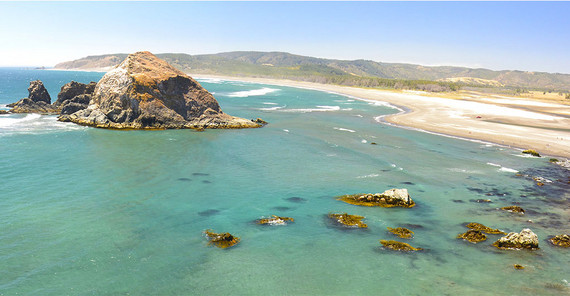 For decades, earthquake researchers have been dealing with so-called blind faults. These are often seismically active and very dangerous structures in the subsurface that do not show fractures on the earth’s surface, which means that they cannot be included in hazard analyses. In a recent article in the renowned journal Nature Communications, Dr. Julius Jara-Muñoz and Prof. Manfred Strecker from the Institute of Geosciences at the University of Potsdam, together with researchers from Chile, China, Germany and France, presented a novel method to better identify these hidden faults and assess their seismic potential.

Destructive earthquakes in California or New Zealand have shown how little we know about blind thrust faults and their great potential to generate earthquakes with far-reaching consequences for populations and infrastructure. Unlike typical faults, which create a clearly visible rupture at the Earth’s surface, there is bending of the overlying strata above blind faults. Geologists can exploit this fact to assess the hidden seismic potential of these cryptic faults.

In the study, geologists examined coastal terraces in the vicinity of the Pichilemu fault in central Chile that were uplifted during past earthquakes and subsequently bent by multiple fault activity. The Pichilemu fault has another unique feature: it was activated only a few days after the great Maule earthquake of 2010, possibly by stress transfer. The subtle topographic changes of the land surface in the area of the hidden fault zone were visualized by LiDAR measurements using a laser scanner, allowing clues to the location of the fault in the subsurface. Furthermore, the researchers examined sediments in the vicinity of the Pichilemu fault, which they were able to date using luminescence age determination techniques and relate directly to the movements of the Earth’s surface at the fault.

The authors were thus able to identify a previously unknown active earthquake fault and estimate the magnitude and recurrence of earthquakes on this structure. The methods proposed in this study open up new possibilities for the detailed mapping of active faults and the provision of solid hazard assessments, which has far-reaching implications for the risk management of seismically active coastal regions.