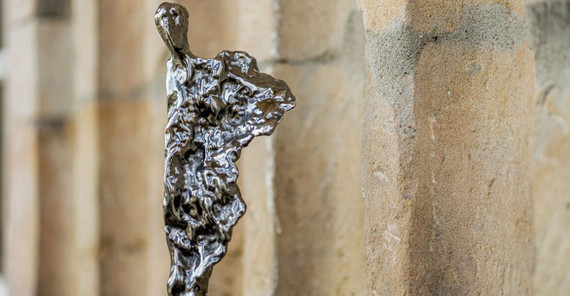 For the fifth time now, the University of Potsdam is calling for nominations for its “Voltaire Prize for Tolerance, International Understanding and Respect for Differences”. Once a year, the university awards this prize, financed by the Friede Springer Foundation and worth 5,000 euros, to a person who has exhibited commitment to the freedom in research and teaching as well as to the right of free expression. As of now, young researchers can be nominated for the 2021 Voltaire Prize. It will be awarded in January 2021 on the celebratory occasion of the New Year reception of the University of Potsdam.

“The University of Potsdam regards itself as being closely connected to the ideas of Enlightenment,” said the university's President and jury member Professor Oliver Günther. Internationalization played an important role in this, he continued, because it was an integral part of university life. “In this international context, we as a university can contribute to promoting cosmopolitanism, intercultural exchange and a welcoming culture,” Günther said.
Previous recipients of the Voltaire Prize include the Turkish political scientist Hilal Alkan, who denounced the war in the Kurdish territories and the actions of the security forces against civilians and subsequently lost her job; the Guatemalan sociologist Gladys Tzul Tzul, who is committed to indigenous peoples in Central America; the Afghan philosopher Ahmad Milad Karimi for his professional dedication as a mediator between cultures; and this year, the Hungarian media and IT law expert Gábor Polyák.
Nominations for the Voltaire Prize 2021 can now once again be submitted for academics who have addressed the issues of international understanding, tolerance and respect for differences in their scholarly work and who are dedicated to promoting freedom in research and teaching as well as freedom of expression. All information on how to nominate a candidate can be found online: https://www.uni-potsdam.de/en/voltaire-preis