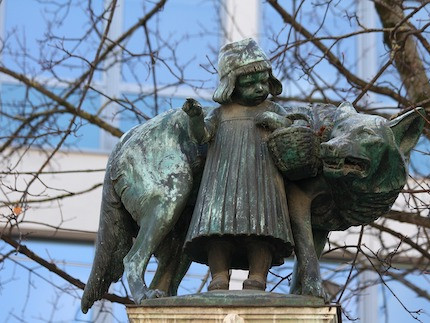 The MFP corpus is a collection of ca. 30 hours of audio-recordings and 1 hour of video recordings taken in 4 multilingual families in Berlin from 2016 to 2019.

90% of the audio recordings are constituted by parents’ self-recorded interactions with their children and partner during common everyday activities, mainly in the domestic setting, such as playtime, meals and their preparation, way from home to kindergarten and back, and bedtime activities. These recordings were collected by parents during ca. 18 months and provided to the researcher on regular basis.

Moreover, each family video-recorded a storytelling activity conducted with a puppet book on the story of “Little Red Riding Hood” consisting on three video-recordings per family. The story was told to and with the children once in the mother’s L1 and once in the father’s. The same activity was repeated with the researcher at the end of the data collection.

The participating families consist of: two families whose children are raised bilingually (are addressed and communicate in two languages on daily basis), and two families whose children are raised trilingually (are addressed communicate in three languages on daily basis). The children are all simultaneous bi- or trilinguals attending a monolingual German kindergarten. The material was recorded from when they were 4 to 5 years old. The languages spoken by the participants are: Italian, Spanish, French, English, and German.

The corpus has been transcribed orthographically using Transcriber and EXMARaLDA.

Please always cite this corpus if you use it in further work. Per favore citate il corpus nel modo seguente.