“Crises Will Happen in More Rapid Succession and Even Overlap” – Prof. Sabine Kuhlmann and her team examined the crisis management of public administrations in Germany 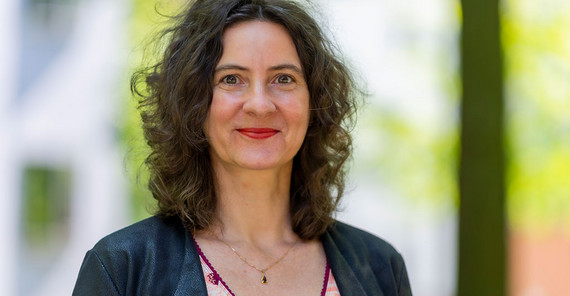 The global spread of the novel coronavirus in early 2020 presented major challenges not only for health care systems, but also for administrations and governments. Prof. Sabine Kuhlmann, researcher in public administration and public policy, examined how public administrations in Germany reacted to the crisis from its beginning. Together with her team, she evaluated extensive documents and media reports and conducted interviews with officials and experts.

Prof. Kuhlmann, you recently contributed a report on how German administrations handled the corona pandemic to a large international study evaluating various countries’ crisis management. If you could give a grade to Germany, which one would it be?

It’s difficult to give a definite grade. Many organizational areas were affected during the management of corona, and public administration fulfilled various roles. There are the federal government, the federal states, the municipalities, the health administration, the school administrations and more. Sure, some things did not go well. But in international comparison, Germany did relatively well in terms of governing the crisis and managing the pandemic.

I’ve just returned from Israel, where I gave a talk on this. There is great interest in these questions. An enormous advantage of public administration in Germany, for example, is that we have strongly established municipalities and local administrations. And well-trained public health departments, even if we all know that they were at times completely overwhelmed and also not working smoothly when it came to digitization. But generally speaking, the German system has the advantage that the local level can react very quickly with comparatively strong capacities. This is opposed to countries that are organized in a very centralistic way, such as France, Great Britain, or Israel. In Germany, public health departments have quite comprehensive competences and are authorized to order the closing of schools, for example.

But isn’t exactly this decentralized approach being criticized, for example because it may lead to disputes over competencies or to greatly divergent regulations?

I would disagree. It is correct that you need a federal authority for crisis management, one where all threads converge. A major criticism concerned the fact that there was essentially no pooling at the federal level. The conferences between the federal government and the states were definitely not an adequate tool. But a decentralized organization does have advantages when it comes to speed and local agility. We are able to better react to regional differences. We should see that as a strength. A strong local public health department that can make decisions and that has resources is not to be taken for granted. I think it is fair to say that other countries envy us for it. The Scandinavian countries are similarly strong in this regard.

What went less well in the pandemic?

Here we have to talk about the role of data and knowledge and thus also the scientific policy consultation during the corona crisis. In Germany, there are a number of really good, well-established monitoring systems, which generate data in the health sector, for example on infectious diseases. We have pandemic plans, preventive instruments, risk analyses, and so on. But all of this was hardly used during the pandemic. Pandemic plans were partly outdated or non-existent at the municipal level.

Why were these instruments not used?

They don’t know how crisis management works at the federal level and which crisis units are already established there. Many are also unaware of the political consulting institutions that already exist at the federal level. In part, this is due to the fact that politicians who were involved in the development of such instruments left office in the meantime with their successors not knowing what has been done before. In our interviews with actors from inner-governmental policy consulting we heard them criticizing that “those making the decisions don’t even know we exist.” Instead new circles were established, new consulting authorities founded, and there was little coordination and strong fragmentation. Another point of criticism is that certain datasets that could have helped to manage the crisis were non-existent or incomplete.

Which data would those be?

For example, datasets which could enable a holistic evaluation of the pandemic beyond epidemiological or virological data. Psychology, sociology, education research, and many other professions have to be included as well. Although this was done later, the deficit remains. We also did not conduct comprehensive studies of the population like those that were done in Israel or Great Britain. In these countries, socioeconomic criteria were being considered more strongly in assessments of the pandemic. Regionally disaggregated data, which are very important for local decision makers, were also not sufficiently available.

Isn’t it understandable that in the beginning the focus was on answering the epidemiological questions in order to avert dangers?

It’s understandable to a certain degree — but not after half a year. And divergent approaches did exist. In North Rhine-Westphalia, the “Expert Board Corona” included different disciplines from the beginning: economics, constitutional law, ethics. The same cannot be said for the federal level. With the change of government we now at least have the so-called “Expert Committee” in the chancellery. But beforehand, political consulting was very narrowly focused on epidemiological and virological expertise and largely followed a biomedical logic.

What are the lessons learned from the events of the past two years?

The topic of crisis management will continue to occupy us and become more central. It was neglected for a long time, particularly in administrative and political science. Crises will not only happen in more rapid succession but even overlap. We can already see this very vividly: the corona crisis is not yet over, the Ukraine crisis has emerged, and climate change presents a permanent crisis. How public administrations deal with this remains a central question. As researchers, we write reports and give advice. During the crisis there is an interest in our work. But once the crisis subsides, our reports and advices become forgotten because of other, politically more attractive subjects being focused. Who wants to permanently deal with politics of crises? And yet governmental organizations have to deal with this more explicitly and in the long term. We need more personnel, more data competency, and interdisciplinary cooperation in public administrations. Data management is also a crucial issue. How can we prepare and pool dispersed data, which are abundantly available? At the moment, every department, every ministry, and every administration is essentially hoarding data. They collect information and don’t share it. This is, of course, also related to data protection. But it has to be possible to share the existing databases at least amongst each other and to engage in exchange in order to make good decisions.

Are you already observing changes at the level of politics and administration?

With the change in government came a certain amount of pooling of crisis management competencies at the federal level. There is a crisis unit in the chancellery as well as the expert committee I just mentioned. The topic of modernizing public administration and thus making it more stable in crises also seems to get more attention. Things are in progress. Digitization remains a permanent construction site. That’s why there will be a digital check of laws, which is meant to ensure that every newly passed law can also be implemented digitally. That’s already a big step forward. I’m curious to see whether we have really learned anything from the experience of this crisis. After the refugee crisis this was unfortunately not the case. We as researchers will definitely keep an eye on this.

In the research project “Governmental and Administrative Action during the COVID-19 Crisis”, Prof. Sabine Kuhlmann, Prof. Jochen Franzke, Benoît Dumas, and Moritz Heuberger from the University of Potsdam examined how crisis management was organized in the German federal multi-level system during the corona pandemic. Inter alia, they analyzed the role of integration of knowledge and expertise in this process , existing pandemic and crisis plans as well as administrative exercises and the extent to which they were used during the pandemic. As a result, they intend to derive recommendations for action and potential for optimization as well as lessons for a better “crisis preparedness”. The project is funded by the British Wellcome Trust and carried out in cooperation with a team from the Blavatnik School of Government at the University of Oxford.

Prof. Sabine Kuhlmann studied social sciences at Humboldt University Berlin. Since 2013 she has been researching at the University of Potsdam as Professor of Political Science, Public Administration and Organization. She is vice chairperson of the National Regulatory Control Council. The committee advises the federal government on reducing bureaucracy and improving regulation.
Mail: sabine.kuhlmanuuni-potsdampde