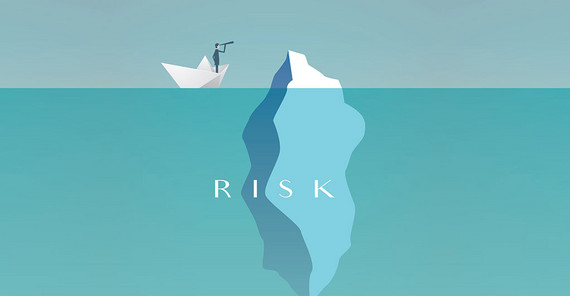 Corona rushed into the world at the beginning of 2020. In January, it was still a marginal note in news about China, at the beginning of March there were the first infection rates and cases in German hospitals, a little later it was everywhere. What followed was a race – at first "only” for a vaccine and drugs to be able to treat the disease COVID-19. But the longer the pandemic lasted and the greater the uncertainty about what dangers and risks it would bring, the clearer it became that people needed something else: knowledge. Transparent, comprehensible information about the virus, the disease, and its consequences, which became all the more difficult to obtain the more findings science unearthed. But even the benefits and harms of a vaccination against the coronavirus were soon the subject of more debate than information. The result: uncertainty. People who did not fundamentally reject a vaccination hesitated. They preferred to wait until there was more clarity, and that's exactly what the Harding Center for Risk Literacy is trying to create: with fact boxes that provide information about risks so that people can make informed decisions. For example, whether or not to get vaccinated against Corona.

“We want a society that knows how to assess risks and live with them,” says psychologist Gerd Gigerenzer, who founded the Harding Center. “With our work, we can contribute to this.” This risk competence, after all, doesn’t come out of nowhere. The center's scientists “study how people behave in risk situations,” Gigerenzer says. Above all, the researchers are interested in what people need to know about risks to take them as seriously as they deserve to be taken – but not more. So the main question is how to communicate uncertainties, possible negative consequences and imponderables in such a way that knowing them actually helps. To this end, the center conducts population studies and surveys on a wide variety of topics. The main focus is on health: Does a flu shot make sense? Does homeopathy really help? What is the actual benefit of cancer screening? In addition to the scientific publication of its research results, the center develops various methods and instruments of risk communication - among others for actors in the health care system or other multipliers who can pass on the findings on a daily basis, but also for the general public.

A box full of facts

One of the most important tools in the Harding Center’s toolbox are so-called fact boxes. These include all the essential information about a medical measure, presented as clearly arranged as possible: in understandable language, supplemented with a table or graphic that numerically summarizes the current scientific findings on benefits and harms. “Our task is to make risks transparent,” says Christin Ellermann, who works at the Harding Center. “So that people can weigh for themselves whether or not to participate in a measure.” Fact boxes are designed to enable them to do just that. They should make clear what has often become unclear – due to too much information, fake news, a thicket of technical language, a flood of figures and data, sometimes without sources or meaningful classification. The Harding Center's website contains numerous fact boxes, for example on various cancer screenings, tonsillectomies in children, but also on vaccinations against influenza, measles, mumps, rubella (MMR) and the coronavirus.

For the researchers, this means a lot of work: they have to identify the current studies relevant to a topic, to work out the essentials about the clinical picture, the intervention, and both positive and negative effects, and to present them in a comprehensible way. For example: What are the benefits of antibiotics for bronchitis? And what side effects do I have to put up with? Equally important are clear answers to the right questions. “Where possible, absolute numbers and not relative risks should be communicated,” Ellermann says. “Few people can imagine anything when there is talk of a 20% lower risk.”

In the case of bronchitis, for example, 51 out of every 100 people suffer from a cough two to 14 days after treatment if they are not given antibiotics. With antibiotics, the figure is 32 out of every 100. 23 out of every 100 people taking antibiotics experience side effects, while of those who do not take antibiotics only 19 out of every 100 do. Incidentally, both groups felt ill for about five days. Finally, the readers find the most important information “in a nutshell” – in simple, understandable words. For all those who want to know where the facts come from, or who want even more comprehensive information, the Harding Center offers accompanying texts. These contain sources, background information on the evidence, and also explanations of how to “read” the fact boxes. Brevity and details make for greater transparency.

Many of the fact boxes are created in collaboration with health institutions, such as ministries or health insurance companies. This also includes the fact box on corona vaccinations. In the fall of 2020, when the approval of the first vaccines became foreseeable, work began on the “Fact Box on mRNA Vaccines against COVID-19” together with the Robert Koch Institute (RKI). It was intended to clarify the most pressing questions: What are the side effects of the Corona vaccine? What is an mRNA vaccine and how does it work? What could happen if I don't get vaccinated? How many of those who contract the virus need to be hospitalized? And what about the long-term consequences of an infection, known as “long covid”? In January 2021, shortly after the launch of vaccinations, the Harding Center was able to publish the fact box on its website. Before long, it was translated into eleven languages to provide as many people as possible with the current state of knowledge about the Corona vaccination.

A lot does – as studies, which the Harding Center conducted together with the polling institute infratest dimap, have shown. Many people who were presented with the fact box were better able to assess the benefit-risk ratio of a COVID-19 vaccination than those who received conventional vaccination education. At the same time, the intention to get vaccinated also increased. But the researchers did not want to rest on their laurels. Since the first fact box was created in a very short time, it was important to further improve it. A job for Christin Ellermann. To do this, she looked for interview partners from all social strata because there are differences in the level of information. Socially disadvantaged people have greater problems finding, understanding, critically assessing, and using health-related information – for example, due to lower levels of education or knowledge of the German language. They were also not well-reached by the educational campaigns and their information needs were not addressed. “They often live with several people in smaller apartments, where it's easier to get infected, and they can’t work from home.” The fact boxes are exactly designed to reach these people, she explains. In total, Ellermann conducted 13 interviews. All, “thanks” to Corona, on the phone. She talked through the fact box with people and asked them about it: What do they understand? What do they think of the wording? Did they expect the numbers to be like this? What do they think is missing or not presented correctly? What could be changed? After that, the fact box was improved: sometimes only linguistic nuances, sometimes additions to the content. Some people did not know what to do with the term “mRNA”, but they knew the names of the vaccines – due to intensive reporting – and looked for them in the fact box. Therefore they were added.

But Ellermann was not satisfied. “My interview partners were mainly well-educated people with a good grasp of German. So we decided to go where the people live that we hadn’t reached before.” That’s why the project team is now cooperating with the Neukölln public health department. There, they have known for some time about the groups who have not been reached by the awareness campaign or who fall for fake news. The responsible persons have set up an intercultural education team that visits people in their familiar surroundings, such as cafés, and provides information in different languages at eye level. With this team, Ellermann and her colleagues from the Harding Center now want to conduct more interviews and investigate how fact boxes on vaccination against COVID-19 can be presented in an understandable way – initially in Russian, Arabic, and Turkish. A total of 18 interviews will be conducted before the end of the summer, six in each language. “We hope to finish before the fall and the start of another wave, which we unfortunately have to expect,” says the scientist confidently. That’s when the information will be used in vaccination education in doctors’ offices and outreach work and evaluated in a larger sample.

By then, however, not only the linguistic and visual design of the fact box must be revised. The content must also be adapted time and again. Of course, this is not only due to the rapid pace of scientific research and vaccine development. The coronavirus itself has also been changing again and again within short periods of time since it first appeared. One thing is certain: A lot of work will again go into the revised fact box. And Christin Ellermann, together with her colleagues from the Harding Center, will make sure that one doesn’t see all that work.

Christin Ellermann studied Public Health in Bremen and Berlin. Since 2016, she has been research scientist at the Harding Center for Risk Literacy.
Mail: christin.ellermannuuni-potsdampde

The Harding Center for Risk Literacy was founded by Prof. Dr. Gerd Gigerenzer at the Max Planck Institute for Human Development (MPIB) in 2009. The psychologist and former director of the institute examines how we make rational decisions when time and information are limited and the future is uncertain. The center is named after David Harding, global investment manager and head of Winton Capital, who appreciates Gigerenzer’s work and supports it financially as a patron. Following Gerd Gigerenzer’s retirement, in 2020 the Harding Center moved from the MPIB to the Faculty of Health Sciences, which the University of Potsdam operates jointly with the Brandenburg University of Technology Cottbus-Senftenberg and the Brandenburg Medical School.