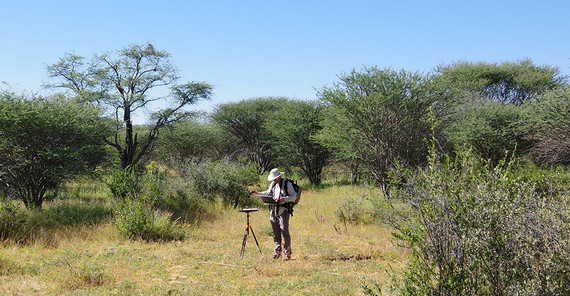 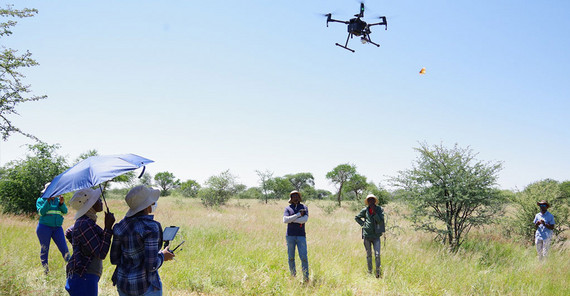 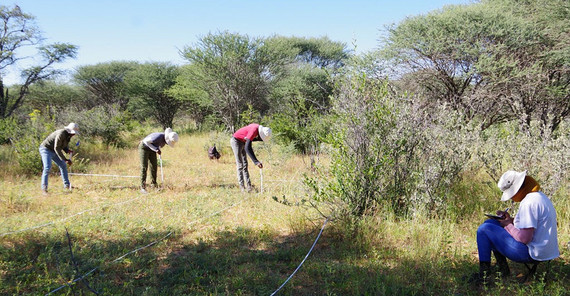 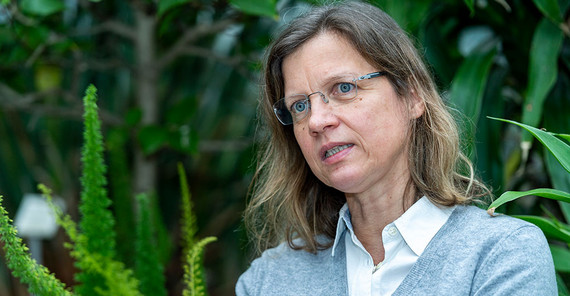 Since September 2020, Anja Linstädter has been Professor for Biodiversity Research and Systematic Botany at the University of Potsdam and Director of the Botanical Garden. Together with her research group, the ecologist investigates mechanisms for the conservation of biodiversity and its damage due to global change. One focus of her current research is on drylands in southern Africa.

“Large parts of Africa are located in areas with long dry and one or two short rainy seasons per year. In these dry areas, a large number of people are still living as cattle breeders and small farmers. They are particularly affected by climate change and the consequences of desertification,” says Prof. Linstädter. “If rangeland is heavily overgrazed, it can suddenly collapse or ‘tip over,’ for example as a result of a drought. Perennial forage grasses are often permanently lost, leaving behind barren ground.” Desertification is a pressing problem in Namibia, one of the driest countries in the world. This is where the joint project “NamTip” comes in, investigating ecological desertification tipping points. An ecological tipping point is defined as a specific point in time at which the development of an ecosystem towards a new system state can no longer be stopped. “Because of the complex interactions of nature and society, these tipping points are not yet well understood - they often come as an unpleasant surprise. However, if we don’t understand this phenomenon, we can’t take appropriate measures to avoid it,” Linstädter explains.

Diversity of cultures and knowledge

The NamTip project has been bringing together experts from many fields since 2019. Besides German and Namibian researchers from the natural and social sciences, there are experts in rangeland management, politics, education, and communication, each providing a piece of the interdisciplinary puzzle. “Diversity plays a big role in our project,” Linstädter says. “We complement each other and work on an equal footing with our local scientific colleagues.” Namibian ecologists have a much better knowledge of biodiversity and long-term dynamics in the savannas. “In interviews with locals, we find that their knowledge is often complementary to our knowledge as ecologists,” she says, adding, “This local knowledge is an invaluable resource for understanding ecological tipping points and conserving biodiversity.” Taking this diverse know-how into consideration therefore forms an important pillar of the NamTip project.

To explore the ecological tipping points, the ecologists and soil scientists involved in the project also combine different research approaches: For example, a newly established field experiment is collecting data on the state of vegetation and soil. To do this, rangeland is being driven into desertification through a combination of experimental drought and overgrazing. “So, we can directly observe what resulting processes go on in the ecosystem,” Linstädter says. "We suspect a domino effect – that there is not one big tipping point but rather a cascade of many small tipping points. In the first year of the experiment, we already observed that the perennial grasses suffer from drought especially when they are being heavily grazed at the same time.” Overall, the savanna grass can cope very well with a single year of drought, not really a surprise, since such events are nothing unusual in an arid region. Continuous measurements of soil moisture to a depth of one meter have shown that in the first year of drought, there are apparently still water reserves in the deeper soil layers that the grass can access. However, due to climate change, severe and prolonged droughts – as simulated in the experiment – are becoming more likely. Linstädter believes that a combination of overgrazing and such severe droughts will exceed the natural resilience of the grass. “Subsequently, self-reinforcing processes such as changing microclimate and soil properties may cause the grass to permanently disappear.”

"In the second project phase of NamTip, we will particularly focus on evaluating the results of our tipping point experiment – it gets really interesting when the ecosystem actually ‘tips.’ Based on this, we want to develop recommendations for action on how to prevent large-scale desertification. But experiments on the regeneration of already 'tipped' areas are also on the agenda,” Linstädter says. In February 2022, a renewal proposal was submitted for this next phase of the NamTip project. But whether Linstädter and her research team will get the opportunity to reap the fruits of their work is itself currently “at a tipping point.” In June, the BMBF cancelled the entire overarching funding measure. “A disaster,” as the researcher explains. “This not only damages the reputation of ongoing projects among the many research and practice partners around the world. The German government is also foregoing the research phase with the highest expected scientific yield.”

Prof. Dr. Anja Linstädter studied biology in Hamburg and did her doctorate in Cambridge and Cologne. Since 2020, she has been Professor for Biodiversity Research and Systematic Botany at the University of Potsdam and Director of the Potsdam Botanic Garden.
Mail: anja.linstaedteruuni-potsdampde