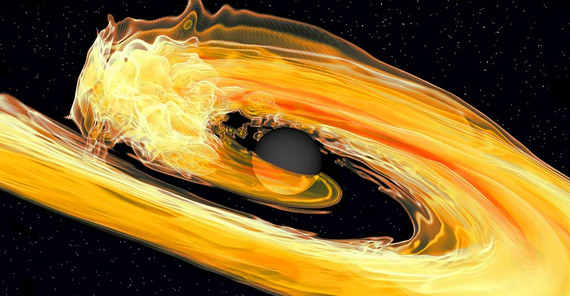 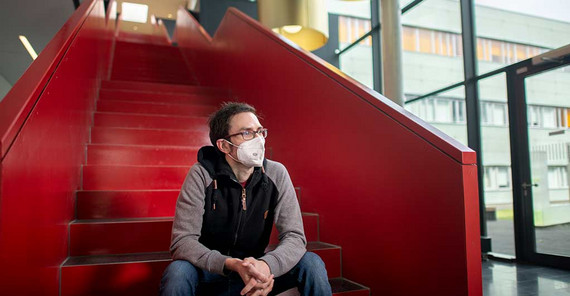 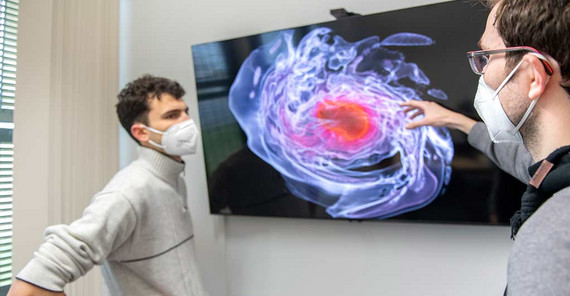 Tim Dietrich is only 34 years young and has already had a remarkable scientific career: In 2017, PhD thesis with distinction at Friedrich Schiller University Jena, in 2018, Marie Skłodowska-Curie Fellowship at the National Institute for Subatomic Physics (NIKHEF) in Amsterdam, in 2019, Heinz Billing Prize for the Advancement of Scientific Computing, in 2020, appointment as Junior Professor at the University of Potsdam. In 2021, he received the Heinz Maier Leibnitz Prize of the German Research Foundation and was appointed Max Planck Fellow. As one of the world's leading young researchers in the field of relativistic astrophysics and numerical relativity, he has acquired an exceptionally high scientific reputation in his field within a very short time.

“We’re looking at relativistic astrophysics,” says Dietrich. “So, we’re looking at objects in the universe that have to be described in terms of Einstein’s theory of relativity, especially compact objects like neutron stars and black holes.” Neutron stars and black holes can be formed from certain massive stars at the end of their life cycle, when there is no nuclear fusion anymore. Their extreme states of matter can be illustrated as follows: To make the Earth into a black hole, one would have to compress it to a diameter of about one centimeter. A single teaspoon full of neutron star material would have a mass of up to one billion tons.

If two of these super heavy-weight objects orbit each other, gravitational waves are emitted. They spread at the speed of light, compressing and stretching space-time and thus changing otherwise constant distances. Since these changes are extremely small, however, you need sophisticated laser experiments to measure them. This was first achieved in 2015, although gravitational waves had already been postulated by Albert Einstein in 1916. But back then, Einstein wasn’t sure. In a lecture on gravitational waves at Princeton, he concluded by saying, “If you ask me whether there are gravitational waves or not, I must answer that I do not know. But it is a highly interesting problem.”

Waves from a high-performance computer

To detect the gravitational waves, the researchers use laser interferometers. In these instruments, laser beams travel through kilometer-long tunnels and are reflected by mirrors and sent back to their starting point, whereby the light intensity is measured. If a gravitational wave passes, the distance between the mirrors changes by an extremely small amount and so does the intensity of the light beam. The measured signal contains information about the source, for example on the formation of a black hole. “In joint measurement campaigns, various gravitational wave detectors around the world receive signals from space,” says Dietrich. The research teams of the LIGO detectors in the United States, Virgo in Italy, and KAGRA in Japan joined in 2019 to form an international network. In November 2021, they published the gravitational wave catalog of the past series of measurements, which ended in March 2020. “This catalog contains exciting data of merging black holes and neutron stars,” Dietrich reports. After a break for maintenance, the next series of measurements is scheduled for March 2023.

For some years, the direct comparison of observations and computer simulations has been possible. “To describe the movement and collision of neutron stars, you have to solve the equations of the general theory of relativity,” Dietrich explains. “To do this, we develop simple waveform models on high-performance computers that allow us to quickly and efficiently calculate gravitational wave signals of colliding neutron stars. These models can then be used to analyze the collected data from the detectors to better understand the collision process.”

In 2020, the calculations in his working group amounted to about 130 million CPU hours, and they created a total of about 1 petabyte of data with their simulations – a sixteen-digit number! The computing power required for this is only available on computer clusters, i.e. many networked high-performance computers. “Among others, we use the SuperMUC-NG at the Leibniz Supercomputing Center in Garching near Munich and the supercomputer Hawk at the High Performance Computing Center HLRS in Stuttgart,” Dietrich says.

What colliding neutron stars and gold particles have in common

In the coming years, gravitational wave astronomy will see a huge improvement. The Einstein telescope – a design concept for a European gravitational wave detector – is expected to launch the next generation of instruments, about ten times more sensitive than the previous one. Dietrich is involved in its development and, together with two colleagues, heads the Nuclear Physics Division of the Observational Science Board. They focus on how gravitational wave measurements can be used to obtain important information about the structure of ultra-dense matter. Dietrich only recently demonstrated with an international research team that nuclear physics is strongly linked to astronomy. “We noticed that the collision of two gold particles in a particle accelerator is similar to that of two neutron stars,” he describes. “In both processes, it is possible to determine from data sets how pressure and density evolve during the collision.”

In 2025, it will be announced where the state-of-the-art observatory will be built. Sardinia, the border region of Belgium, Germany, and the Netherlands (Euregio Meuse-Rhine) as well as Lusatia are under discussion as suitable locations. Regardless of where – the instrument will create a lot of future potential for Tim Dietrich to further advance his research.

Prof. Dr. Tim Dietrich studied physics at Martin Luther University Halle-Wittenberg and Friedrich Schiller University in Jena. Since February 2020, he has been Assistant Professor for Theoretical Astrophysics at the University of Potsdam and leader of the research group Multi-Messenger Astrophysics of Compact Binaries at the Albert Einstein Institute in Potsdam.
Mail: tim.dietrichuuni-potsdampde