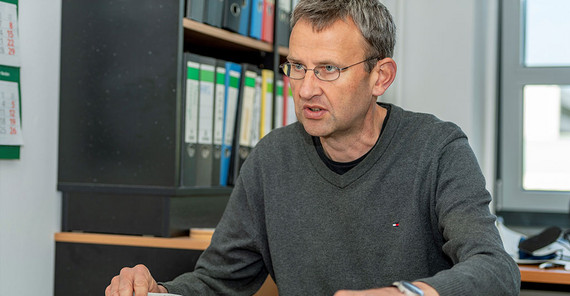 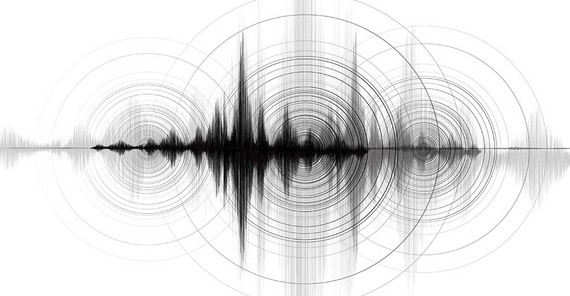 Photo : Tobias Hopfgarten
Prof. Gert Zöller
Photo : AdobeStock/Varunyu
Mathematical models can be used to calculate the probability of earthquakes and other disasters - and to derive the necessary protective measures.

The province of Groningen in the Netherlands is not generally considered a seismic hotspot. Nevertheless, an earthquake measuring 3.6 on the Richter magnitude scale occurred here in 2012. The affected community of Huizinge was more than alarmed. The damage to buildings was unmistakable. This was followed by growing mistrust and indignation towards the political decision-makers, but also towards the scientific community. For too long, they had ignored the recurring tremors associated with the extraction of natural gas.

Groningen is situated above one of the largest gas fields in the world. The highly coveted fuel has been mined here for about 60 years. In the region, which was once seismically inconspicuous, the ground has now been shaking for over 30 years. Although often barely noticeable it still quakes up to 70 times a year. Each quake caused wider cracks in walls until entire buildings became uninhabitable. Although there had been continuous seismic measurements for some time, scientific knowledge for actually assessing the hazardous situation was lacking.

SECURE, a joint project funded by the Federal Ministry of Education and Research, in which the German Research Center for Geosciences (GFZ) and the University of Potsdam also participated, has investigated over the past few years how the stability of barrier rocks changes under varying pressure and stress conditions. Has it been weakened by developing cracks? What role do other, natural fault systems play? The goal was to develop prediction and characterization tools for the sustainable use of gas storage facilities, hydrocarbon and geothermal reservoirs.

Prof. Zöller from the University of Potsdam contributed innovative modeling techniques here. The Professor of Applied Mathematics created seismicity models that have their origin in probability theory. In the project, they were first “fed” with the empirical data of registered earthquakes: When did such a tremor occur at which location? What was the magnitude? About 60 years of gas production in Groningen had provided some material, which could be found in various data sets. Zöller also fed the production volumes into his model, i.e. how much gas was produced in which month and year. In addition, he entered geophysical measurement data, for example of changing pressure and stress conditions. Statistics, geology, and geophysics interacted here to be able to make more accurate statements about the probability of seismic hazards.

Prof. Zöller continues to work on the Groningen case even after the completion of the joint project. He just took part in a workshop in Amsterdam, which discussed better ways of assessing existing risks. “After all, natural gas is still to be extracted in the north of the Netherlands until 2023. But even after that, earthquakes will continue to occur,” knows the mathematician, who has been working on geophysical problems since his doctorate. “I always wanted to do something applied, preferably in the environmental sciences. That’s also a matter of idealism for me.” With the University of Potsdam and the GFZ, he found the perfect research environment and vast amounts of data for his modeling as a doctoral student in Potsdam. His topic at that time was an earthquake that had occurred in 1988 in the Caucasus, in Spitak, Georgia. To this day, Prof. Zöller cooperates closely with colleagues at the GFZ. “We are particularly interested in strong earthquakes because they cause great damage,” Zöller says, recalling the mega-earthquake in Fukushima. “For such events, the data base is small because strong quakes occur only rarely.” Researchers then have to develop parameters from additional assumptions that consider the missing knowledge. This results in so-called probabilistic models, which contain a number of random variables that lead to different scenarios and are described with probabilities. “Even though this is always wanted, this does not allow for the prediction of concrete events,” he explains. Rather, he says, the aim is to describe when an earthquake is likely to occur in which area and with what magnitude. This, in turn, can be used by the municipalities in the regions at risk to initiate appropriate measures: building earthquake-resistant structures, increasing disaster protection, relocating the population, or even adjusting insurance policies.

Unlike such natural disasters, the tremors in Groningen are human-made – in this case through natural gas production, elsewhere through the use of geothermal energy. “In Basel there was a magnitude 3.4 quake in 2006 immediately after a well had been drilled, and the project was eventually shut down,” Zöller reports. He explains that in some regions of the US, more earthquakes are triggered by fracking and geothermal energy these days than by natural seismic processes. “We need to know how to deal with this in the future,” he says, describing one of the main reasons for working on the models, without hiding his lack of tolerance for the environmental hazards of fracking. As if humanity didn't have enough to deal with when it comes to natural earthquakes, like the last one in Afghanistan in June 2022.

Or with volcanic eruptions. Currently, Zöller is contributing his mathematical expertise to the DFG-funded MagmaPropagator project of the University of Potsdam and the GFZ. The goal of the research, led by Dr. Eleonora Rivalta, is to develop a physics-based tool that can predict scenarios for the location and timing of a fissure opening following the subsurface propagation of magma. Magma, after all, does not always take the central vent of a volcano, but moves along winding paths beneath the surface to eventually escape through a new fissure. Such eruptive fissures exist in many densely populated areas, such as the Campi Flegrei near Naples. But frequent fissure eruptions also occur at Mount Etna in Sicily and Piton de la Fournaise in La Reunion. Since all three regions have been closely observed over decades, extensive measurement data are available and are now being incorporated into the models. In addition, there is data from laboratory experiments and numerical simulations. “Such probability models can be applied to other natural disasters, too,” Zöller is certain. So his cooperation is always needed wherever risks have to be assessed and risk levels evaluated. At the University of Potsdam, for example, this includes the “NatRiskChange” research training group, as well as other projects that deal with the complex problems of climate change and its dramatic consequences.

Apl. Prof. Dr. Gert Zöller studied physics in Bonn and earned his doctorate and habilitation at the University of Potsdam, where he has been Associate Professor of Applied Mathematics since 2018.
Mail: gert.zoelleruuni-potsdampde