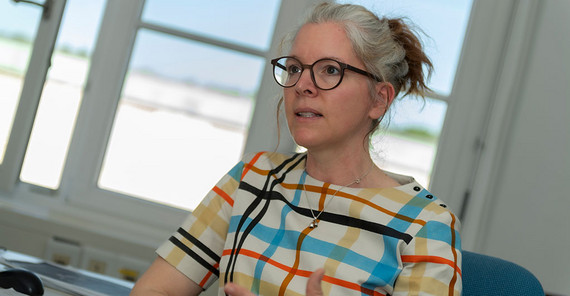 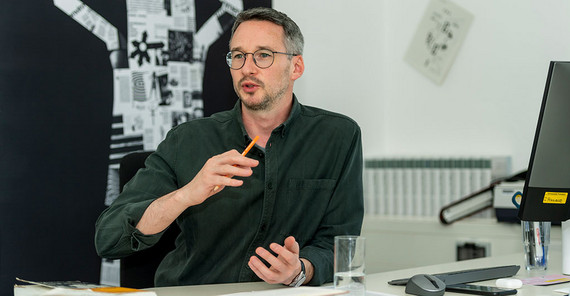 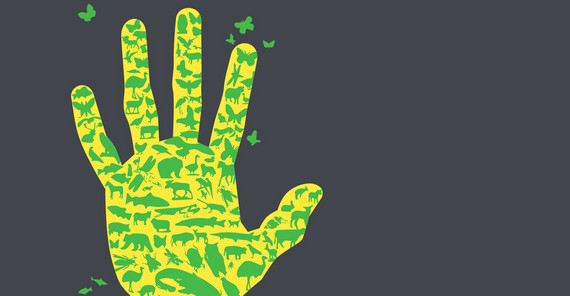 What is going wrong in climate communication? Culture and media scientist Birgit Schneider and media and science researcher Alexander Schindler interviewed researchers of different disciplines and countries to find answers to this question.

The scientific facts about climate change have long been on the table. It is primarily a natural-science problem, driven by the laws of physics. But Schneider, who is a cultural and media scientist, approaches this topic from an additional perspective. She asks, “How is climate change communicated? And what does that do to people, to their feelings and their actions?”

“We know everything but do so little”

In her research project “Climate Images,” she has studied this for more than ten years. She looked at scientific images, films, artistic works, and computer games from the early 19th century to the present, historically classifying and analyzing the material. “Many images from the world of science are very sober, abstract, and aesthetically poor,” she explains. What happens when these images leave science and enter politics, culture, and society? Do they lead to climate change being perceived as a threat and do they, thus, inspire the right decisions?

Prof. Schneider doubts that current communication formats can do just that. “Although we know everything, we do so little. Climate science has done its job in recent decades, clearly identifying causes and consequences. But still, all that knowledge has not yet led to effective actions,” she explains. What’s more, the topic now triggers a defensive reflex in many people. They feel overwhelmed and often helpless by the flood of information and the complexity of the issue. “When you feel helpless, you stop talking about the subject. We can’t afford that," Schneider says.

So how could we counteract this helplessness and find other forms of communication? What could be done differently and better than before? Prof. Schneider and her colleague Alexander Schindler talked to scientists from the fields of anthropology, medicine, phenomenology, philosophy of science, complexity research, geography, literature and communication studies, and rhetoric in video interviews. Both are convinced that, in addition to the natural sciences, the subject is also overdue for an examination by the humanities and social sciences.

A cartoon can communicate a complex problem in a simple way

The years of research in the “Climate Images” project were initially supposed to culminate in a major conference in Potsdam with all the researchers who were involved in the project. But it came to nothing because of the Corona pandemic. Schneider and Schindler created the platform re-imagine-climate.com to share the knowledge they had gained and make it accessible to others. Now you can find nine video interviews and impulse texts by the researchers there, presenting ideas for a somewhat different climate change communication. Indian anthropologist Dr. Rita Brara, who conducts research at the University of Delhi, collects and analyzes cartoons about climate change, for example. “You can use them to communicate complex problems in a very simple way,” she explains. "For example, when you see reindeer bathing in the sun in a cartoon, you immediately get the message: something is wrong here, things are not the way they should be.”

Prof. Schneider agrees that humor is a legitimate and often neglected tool in climate change communication. After all, humor, irony, or comic effects can help to process emotions such as anger, sadness, or fear, which the topic triggers in many people, and to make progress in the debate. “When I started my research on this topic in 2009, it was difficult to find any interlocutors at all,” Schneider recounts. “But that has changed a lot since then. Climate psychology has become an important field of research.”

Personal stories instead of abstract facts

Climate change is a global problem. Temperatures and sea levels are rising worldwide, weather events and habitats are changing. The consequences for individual people around the globe are quite different though. These local perspectives – Schneider, Schindler and the interviewed research partners agree – have so far been given far too little attention. The individual experiences, the personal stories of the people and their deprivations are hardly noticed. Yet it is precisely these experiences that can pave the way for a dialog not exclusively based on scientific facts. “For each local community, you have to find their own stories and narratives to get into a conversation,” Schindler explains. “And for that, you have to listen to people first.”

Rita Brara did this in her Indian homeland. “In Asia, people experience climate change very directly,” she says. “Their skin burns, their eyes are red; there are plants, animals, and diseases that didn’t exist before. Glaciers are melting in the Himalayas and the drinking water supply is in jeopardy.” In contrast to this there are experiences from countries like Germany: “Climate change is still perceived here primarily as a crisis of nature,” Schneider explains. “As a threat to biodiversity or the forests. Only in recent years is it gradually becoming clear that we are also directly affected – houses are destroyed by floods, harvests are reduced by droughts."

From a lone fighter to a worldwide movement

The year 2018 marked a turning point for climate change communication. A 15-year-old Swedish girl sat down in front of the Swedish Parliament in Stockholm with a poster she had painted herself. “School strike for climate” was written on the poster, which Greta Thunberg used to protest every Friday from then on, igniting a worldwide movement. “Many people only understood then what this actually is – the climate crisis,” Schneider says. Fridays for Future is an example of how climate change can also be told from a very personal perspective, mobilizing many people on many levels. “Since then, more people have become aware of the issue. It has been covered even more in films and articles, and is also taken more seriously by politicians,” Schneider says.

Prof. Schneider will continue to be dealing with climate change even after she finishes “Climate Images”. “It’s a topic that I cannot get out of my mind.” Because how climate change can be told and thought of differently will continue to be an explosive and pressing question in the near future. “It's an issue for society as a whole and belongs into clubs, theaters, town halls – in all areas of our daily lives and at all levels. That’s the work that needs to be done now.” How to do that? Schneider is currently writing a book about it. “The Beginning of a New World. How to Talk About Climate Change Without Falling Silent” is scheduled for release in 2023.

Re-imagine-climate.com is an online platform presenting impulse texts and interviews by academics from various research fields on climate change communication. The videos and texts clarify problems of previous communication and encourage us to rethink strategies.
The project is supported by klimafakten.de as a media partner. It receives financial support from the Fritz Thyssen Foundation as the conclusion of the research project “Climate Images”.

Prof. Birgit Schneider studied arts and media studies as well as media arts and philosophy in Karlsruhe, London, and Berlin. In 2009, she came to the University of Potsdam with a Dilthey Fellowship and conducted research on climate change communication in the project “Climate Images”. Since 2016, she has been teaching as Professor of Knowledge Cultures and Media Environments at the Institute of Arts and Media at the University of Potsdam.
Mail: birgit.schneideruuni-potsdampde

Alexander Schindler is a media and science researcher and studied social and business communication at the Berlin University of the Arts and philosophy of science at Technische Universität Berlin. He is doing his doctorate in Potsdam and works at the intersections of media studies, philosophy, and the sociology of knowledge.
Mail: alexander.schindleruuni-potsdampde