Is the International Rule of Law on the Rise or on Decline? – A DFG research group examines the role of international law in a changing world 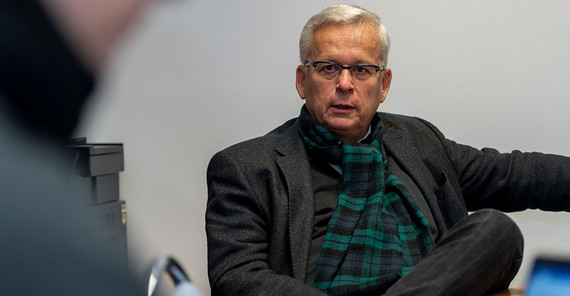 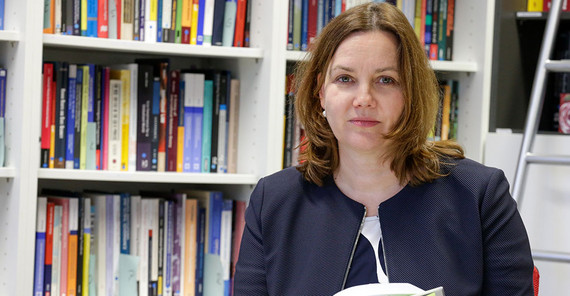 Third party dispute settlement within the framework of the World Trade Organization, the establishment of the International Criminal Court, sanctions adopted by the UN Security Council against States threatening international peace and security, and the peacekeeping missions of the United Nations: they all seemed to be harbingers of an emerging international crisis management in a globalized world community. But is there really a juridification of international relations based on common values? Is the world growing closer together and creating a system of public international law equally supported by the international community at large – or are we rather witnessing an opposite development? Public international law scholar Prof. Dr. Andreas Zimmermann, and political scientist Prof. Dr. Andrea Liese, both of the University of Potsdam, have joined forces to examine these very questions. Together with partners from Freie Universität Berlin and Humboldt-Universität zu Berlin, as well as national and international visiting researchers, they have formed the Research Group (KFG) “The International Rule of Law – Rise or Decline? On the Role of International Law in a Changing Global Order” funded by the German Research Foundation (DFG).

“After the end of the Cold War in 1989/90, many advanced the claim that ‘Now the world is being reordered’,” Zimmermann explains. “Existing structures of the system of public international law were further deepened, new ones emerged.” It seemed international law had increasingly developed from a merely formal, rather value-neutral order towards a more value-based and human-centered one. Yet for some time now, developments have emerged which challenge the very paradigm of such a value-based juridification at the global level. Great Britain turned its back on the European Union, Poland declared certain parts of EU law to be incompatible with its constitution and hence not applicable; Russia has annexed Crimea, the United States – under President Trump – moved to withdraw from the World Health Organization, while China has ignored an arbitral award on maritime boundaries in the South China Sea. Moreover, attempts by States to address pressing global issues using international law – for instance those relating to climate protection or regulating world trade – have repeatedly been frustrated. An increasing number of people have predicted a “stagnation or even regression of international law” and a “return of geopolitics,” Zimmermann explains. Are these clear signs of a possible disintegration of the much-invoked global system of public international law? Or do they prove that the system is rather developing gradually, in line with the global political climate? These are the questions the research group seeks to answer – although it is already quite clear that the answers will be more complex than its trenchant title suggests. “The order is not dissolving before our eyes,” Andrea Liese comments. Rather, certain institutions, values, or structures have been repeatedly called into question by various players. “We want to examine what consequences this shift in the values, structures, and institutions of international law has. Which dangers or perhaps new opportunities arise from it? And what do they mean for the world order?”

The researchers examine international law from the perspective of various disciplines and with a view to three layers, Liese explains. For instance, they investigate whether established fundamental values and principles underlying the system of public international law and that so far seemed to have been shared by all States, at least in principle, are possibly being undermined by a reinterpretation. These values include the maintenance of international peace and security, the protection of fundamental human rights, the protection of the environment, and the prohibition of the use of force. For example, China and Russia, Zimmermann points out, have been striving for some time to give traditional values – such as the protection of the family or of religion – preference over classic civil rights and liberties. So why are human rights then put up for discussion more often than environmental issues? And why are women’s rights and religious freedom more contested than economic rights?

The group further examines the changing global structures of international law. Zimmermann explains that, compared to a few years ago, there are now fewer “strict normative orders and more informal agreements between States. We want to find out whether this approach challenges international law and its treaty-based instruments.” Zimmermann himself is inter alia examining the development of the Geneva Refugee Convention, the international legal instrument for dealing with refugees, and its ability to meet the challenges of globalization and climate change. “The Convention was written in 1951, with a focus on those fleeing persecution in their countries of origin,” Zimmermann states. “70 years later, people from all over the world are fleeing hunger, economic ills, prosecution as members of the LGBTQIA+ community, and the impacts of climate change. “The new situation reveals gaps in the Convention. So how are these gaps then utilized, filled, or possibly closed?”

In addition, the researchers examine the development and current state of international law based on institutions, such as the European Court of Human Rights in Strasbourg. Often, the rising number of international organizations and courts and their far-reaching activities have been interpreted as proof of a certain maturation of international law, Zimmermann remarks. However, there are also signs that States are turning away from this type of dispute resolution by international courts and tribunals. Today, more and more players do not recognize the jurisdiction their country is formally subject to, which stands in stark contrast to what we saw in the past. The Russian Federation, for example, simply did not appear before the Hamburg-based International Tribunal for the Law of the Sea in the case concerning its seizure of the Greenpeace ship ‘Arctic Sunrise’ in 2013. The same holds true of China in a dispute with the Philippines over sovereign rights in the South China Sea. “International courts and tribunals have always been considered one of the keystones of international law. Now it seems that this very keystone might be crumbling here and there.” Liese, on her part, looks into issues such as the thematic mandates of the UN Human Rights Council where independent experts are appointed to investigate complaints on specific issues, including the right to food, the prohibition of torture, or the human rights of internally displaced persons. These special rapporteurs follow up on complaints in the respective countries, conduct on-site visits, report on them publicly, and submit recommendations to governments. “We want to find out whether the work of these special rapporteurs has changed over time: Are they truly independent and unbiased? Do they monitor some States more closely than others? And how accepted are they on the ground?”

Erosion of structures of international law

Six years into the work of the research group, the conclusions as to the changing structure of international law are mixed ones. On the one hand, Zimmermann says, autocratic and populist regimes are on the rise, and various powers are questioning existing value systems or institutions and their legitimacy. “I definitely see an ongoing erosion of the existing structures of international law,” Zimmermann says. “At the same time, new alliances emerge that promote the protection of these values, defend and strengthen institutions, or fill structures in new ways,” Liese replies. For example, it is by no means clear that the WHO will collapse as a result of its politicization by the US; perhaps it might even emerge stronger from the crisis. “In the research group, we investigate how such changes are affecting public international law.”

When the research group was established in 2015, it set itself the goal of addressing developments from different angles. In addition to working with fellows, it is immensely important that the research group brings together researchers from many countries, including from India, the Philippines, China, and the former Soviet Union. Besides, “practitioners in residence”, that is experts with practical experience, contribute their expertise. “It is a meeting place for us to network and increase awareness of challenges to and changes in international law,” Liese says. And while some (post)doctoral students are researching topics for a number of years, visiting scholars delve into specific issues for a few months. Others join as guests and present their work in public lectures or research seminars – such as most recently a Polish colleague who had been involved in the ruling by Poland’s Constitutional Court on EU law.

Above all, the KFG brings together experts from various disciplines – such as legal scholar Andreas Zimmermann and political scientist Andrea Liese. Jointly, they examine current developments in international relations from different perspectives of international law, political science, as well as from a historical perspective, wherever possible. “To establish whether international law is effective, we of course need a kind of ‘reality check’,” Zimmermann explains. “Political science can do this far better than we can, as we are using a more normative approach.” In fact, political science traces political changes in relation to international law differently, Liese confirms. “Often we are alarmed one step earlier, long before the law changes. At that time, it is still intact, but operating in a different environment.” The exchange on potential change in different spheres benefits everyone. So far, some 50 works have been published as part of the group’s working papers alone. In addition, books are being published, many of them with an interdisciplinary perspective. In 2022, Andrea Liese and Heike Krieger, Professor for International and Public Law at Freie Universität Berlin, will publish their joint book on resilience and change of value-based legal norms.

The concept is bearing fruit, Zimmermann underlines. “Internationally, the sphere of international law is now perceived differently. We have established a research agenda that will continue to make a difference.” When the research group started, the critical issue of developments in international law had not been taken too seriously by some. This has definitely changed – not the least due to the DFG’s decision to support the project during its by now second funding phase.

Prof. Dr. Andreas Zimmermann, LL.M. (Harvard) studied law at the University of Tübingen,  L’Université de Droit D’Economie Et Des Sciences D'Aix-Marseille III, and at Harvard Law School. He has been Professor of Public Law with a focus on Constitutional Law, European and International Law, as well as European and International Economic Law at the Law Faculty of the University of Potsdam since 2009.
Mail: schilleruuni-potsdampde

Prof. Dr. Andrea Liese studied political science, law, sociology, and German studies at the Goethe University in Frankfurt on the Main. She joined the Faculty of Economics and Social Sciences at the University of Potsdam in  2010, first as Professor of International Organizations and Public Policy, since 2020 as Professor of International Relations.
Mail: andrea.lieseuuni-potsdampde