“Training All Citizens to Become Socialists” – Why it is important to study the history of criminal law, or: criminal law and its political dimension 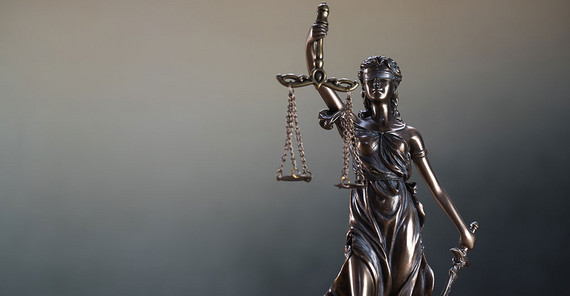 Prof. Georg Steinberg is one of three professors for criminal law and criminal procedural law in Potsdam and head of the research unit History of European Criminal Law. His current focus is on criminal law in the GDR. In the interview he explains, among other things, why a historical reappraisal of the latter is so important and what jurisprudence can learn from looking into its own past.

You are head of the research unit History of European Criminal Law. What exactly does this research look like?

Methodologically, the history of law, and therefore the history of criminal law, is not part of the study of jurisprudence but of history. So it is about developing approaches to describing, understanding, and interpreting the past. Past legal conditions – as the topic of legal historical research – can be inferred from the available sources, usually textual ones: legal texts, court decisions, jurisprudential writings and so on. So our research consists of gathering, selecting, evaluating, and interpreting the existing (often very extensive) source material on a specific question.

Which research projects are currently in progress?

In 2019, I organized a conference on “Criminal Law in the ‘Old’ Federal Republic”, specifically the so-called general (dogmatic) teachings, together with my colleagues Arnd Koch (Augsburg) and Andreas Popp (Constance). We want to examine the specific parts of criminal law – that is, the individual offenses – as part of a conference in 2022. Our goal is to explore the period between 1949 and 1990 as a subject of legal history, which so far has not really been done. We also want to get away from the traditional historiography of criminal law, which has limited itself too much to dogma history – that is, science and the evolution of law – and instead elaborate the social and political historical interactions. Criminal law often denotes very clearly political and social conditions and their transformation. This is true, for example, of the debates that have taken place since the 1970s on law governing sexual offences and its modernization.

You have also worked on criminal law in the GDR in the research unit?

Yes. In 2017, we hosted a conference in Potsdam on “Socialist Criminal Justice Theory and Practice”. This made me realize that the criminal law of the GDR should be examined much more thoroughly than has been the case so far. I am currently supervising four doctoral students in this field. In the meantime, I have also written a review of juvenile criminal law in the GDR – to lay the groundwork for a conference I’m planning to organize in 2023 on the topic of “State and Societal Sanctions against Youth in the GDR”. Juvenile criminal law will then be put in the larger context of sanctioning mechanisms with which children and adolescents were “educated” or potentially “re-educated” – in the specific socialist sense. This not only encompasses juvenile criminal law and juvenile prisons but also sanctions at school, for example, in which the FDJ (Free German Youth) and interventions by youth welfare, especially admissions into special youth institutions such as “Jugendwerkhof”, played an important role. The point is to critically relate the general “theory” of “education” to the practice under which thousands of children and adolescents suffered.

So that will also deal with politics?

Absolutely: research on criminal law in the GDR is part of a “historical reappraisal”. Today’s students, I’m just going to say it as it is, know virtually nothing about the legal situation in the GDR. But the state shows its true face in criminal law! What it meant for the SED (Socialist Unity Party) to follow through on its goal of “training all citizens to become socialists” (I’m quoting Margot Honecker here), can be seen unequivocally in the penal code, court rulings, and also the scholarly literature of the time. After reading these, one knows what a dictatorship is, and – if I may say so – anyone who has read them will no longer entertain the idea of a “Corona dictatorship”.

By the way, many law students don’t know that the predecessor of the University of Potsdam, the Academy of Political Science and Law of the GDR, was the legal SED training ground (one of my doctoral students is working on this topic). Especially in Potsdam, the study of GDR law should be firmly established.

According to its name, the research unit is supposed to examine the “History of European Criminal Law”. What does this mean? How is this history different from that in other parts of the world?

Previous projects have indeed primarily looked at the history of German criminal law (the critical undertone of your question is justified). In the longer term, I am also planning multi-country projects, namely on earlier epochs. Only since the late 18th century have the emerging national states followed their own, clearly demarcated legal paths. Until then, the 1532 Constitutio Criminalis Carolina of Charles V was effective throughout the Holy Roman Empire, and before that, in the Middle Ages, intellectual and legal history was a pan-European process anyway. To be honest, I am not very familiar with non-European histories of criminal law. One can probably say this: Commonalities result from human nature while differences stem from divergent social conditions and distinct philosophical traditions.

Are there important lessons for current criminal law and criminal procedural law, which you can infer from your historical perspective?

I already commented on the political dimension. Besides the criminal law of the educational dictatorship of the GDR, the 20th century holds the incomparably worse negative example of Nazi criminal law: criminal law as a means to achieve complete enforced conformity and the societal marginalization, exploitation, and murder of those who were not part of the “national community”. So it is easy to see from our history what criminal law should not look like. This, by the way, also includes legal technicalities, i.e. which legal figures and terms are prone to the kind of criminal law that curtails individual freedom too much. In a positive sense, I think it is important to know the origin of the rules that are in place today (many of the norms currently included in our criminal code have not been changed since its inception in 1872, or not much). Otherwise, current debates are too easily not based on anything.

One last question: Are you able to integrate your research findings into your teaching?

Yes! I am especially pleased that the history of criminal law is firmly a part of our so-called foundations module and that I can be sure to have intense debates here with smart and interested students.

Prof. Dr. Georg Steinberg studied law in Heidelberg, Geneva, and Munich, received his doctorate from Martin Luther University Halle-Wittenberg und his habilitation from the University Hannover. Following professorships at University of Cologne (2009-2012) and EBS Universität Wiesbaden (2012-2016), he became a Professor of Criminal Law and Criminal Procedural Law at the University of Potsdam and head of the research unit History of European Criminal Law in 2016.
Mail: georg.steinberguuni-potsdampde