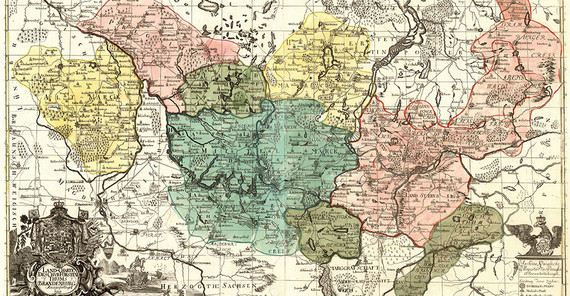 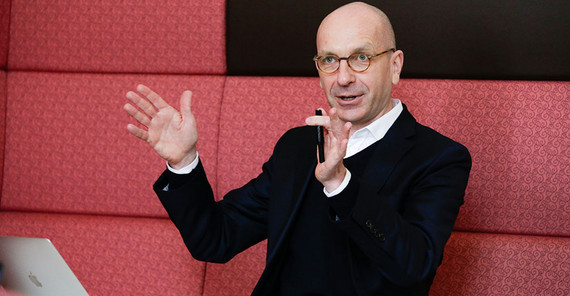 Thomas Fischbacher gets around a lot at the moment. He rides trains and his bicycle across Brandenburg – to the many small towns of the March, from Ziesar to Falkenburg and from Strasburg to Peitz. He often stands on elevations outside the small towns and, holding an old picture of it in his hand, looks at the town silhouette. “Sometimes I also ring people’s doorbells and ask if I can take a look out their roof window,” he says, laughing. “Most are very friendly and helpful.” And all this in the interest of science. Fischbacher is a historian at the University of Potsdam and is working on an edition of one of the earliest comprehensive and illustrated descriptions of Brandenburg – from weather to urban history – from the year 1717.

History, especially the history of entire states, is often scattered across numerous archives. Data on ownership, geographic and demographic developments, economic processes or historical events fill hundreds of meters of shelves, scattered all over the country. Particularly epochs a long time ago, such as the early modern period, make a synopsis difficult. So-called “state descriptions”, like the one Dr. Thomas Fischbacher is currently working on, are all the more valuable. In the project entitled “Brandenburg 1717. An early 18th century topography of a state in words and images”, he is preparing one of the earliest comprehensive descriptions of the March Brandenburg so that it can now be published for the first time – as a traditional book but also in a contemporary form as a database that will make the treasures it contains accessible to researchers from various disciplines.

“State descriptions were – for centuries – a popular instrument of rulers to get an overview of their realms,” Fischbacher explains. In this respect, they had a very practical use. “On the basis of the collected information, it was possible to deduce very well: What does the state look like? What do I own? What is missing? What can I improve and where?” For these often very extensive documentations, data was collected on all the localities in the territory. This included, of course, the most important key data, such as name, age, number of inhabitants, coat of arms and origin, but also descriptions of the town’s structure: Is there a church, a town hall, a town wall with gates, an orphanage, and a military hospital? In addition, they recorded the most important public figures – such as mayors and clergymen – and the important events in the town’s history – such as fires, the impacts of wars or epidemics. At the same time, descriptions of the state usually served a representative purpose. Lavishly illustrated, printed and bound, they were a kind of figurehead, a picture album of possessions, a symbol of power. “The city views, so-called vedute, that were created along with the texts indicate that the publication was intended for precisely this purpose as well. The idea was to show: Look how beautiful – my – Brandenburg is!”

This description of the country was penned by Johann Christoph Bekmann, a scholar at the University of Frankfurt/Oder, who had been commissioned in 1707 by the Prussian King Frederick I, crowned only a few years earlier, to “portray” the March Brandenburg. Bekmann was a political scientist and had some experience with such mammoth projects. After all, he had just completed a seven-volume edition of the “History of the Principality of Anhalt”. At the age of 66, well advanced in years, he took on the challenge. The March, however, encompassed an enormous area, which at that time, with Altmark and Neumark (old and new march), extended much further to the east and west than the territory of the federal state Brandenburg of today. Although a large part of his work consisted of sending and evaluating questionnaires to the administrations of all the respective localities, even this turned out to be difficult. “Bekmann, like the royal court, was of the Reformed faith, while the countryside remained predominantly Lutheran,” Fischbacher explains. “So, many local authorities ‘left him out in the rain’, answering late, scarcely or not at all.” Therefore, Bekmann traveled across the country in the years that followed, inspecting the places himself, gathering the necessary information in person, talking to mayors, municipal administrators, and church representatives. And he had them portrayed: Over time, the two draftsmen who had been at Bekmann’s side produced around 90 views of the towns. “For many of the small towns, it was the first time they had been recorded, described, and pictured,” Fischbacher explains.

But in 1717, before he could finish his work, Bekmann died. Since he had been working on behalf of the sovereign, his manuscripts disappeared into the royal archives. A grandnephew, Bernhard Ludwig Bekmann, set about completing the work and published two volumes almost 40 years later– the first an overview of the nature and history of the March, the second a detailed description of the Altmark. However, he also took on too much with this task, which is why the bulk of the manuscript has remained unpublished to this day: 1,100 pages – the lifetime achievement of a diligent historian and the result of years of research, notes, documentation, and travels across the country. After an odyssey, the original manuscript is now in the Secret State Archives of Prussian Cultural Heritage, while the illustrations are kept in the State Library. Fischbacher wants to reunite and publish them. According to him, the work is an important document and indispensable source for historians of all fields. “Art historians, regional historians, military historians – they all will find something in it,” he says. But the pictures and descriptions may also be of interest to entirely different disciplines, he adds. “Someone who looks into environmental issues, for example, can find valuable historical data pooled for the whole country in the overview volume that has already been published, and then broken down for individual localities in our edition."

Brandenburg 1717 as data base and book

In doing so, Fischbacher, who has a soft spot for historical city and country descriptions, does not only want to conclude the work in the way Bekmann may have had it in mind. He rather wants to bring it into the 21st century without detours. “From the beginning, we planned the project proceeding from the result: as a database in which the original text, commentaries, indexes of people and places, and literature are linked and that can be used individually.” In this way, Fischbacher makes the mammoth work accessible to those who simply want to read it – completely or only in excerpts– as well as to those who want to answer very specific questions with the help of the text or are looking for individual facts.

Fischbacher has put together a team especially for this pioneering task of historical digitization. A research assistant supports him in digitizing the manuscript. The fact that he already started in mid-2020 saved him to an extent, he says. “When the state library and all the archives had to close in the fall of 2020, I already had everything in digital form.” Together with a computer expert, the historian developed his own database for the country description. “For months we looked at databases, but none fit.” The requirements of linking historical, current, and historiographic knowledge were too specific, he says. “Our ‘home-made’ solution is great!” A classical philologist is preparing translations for the many Latin inscriptions, charters, and documents included in the manuscript. “Of quite a few documents, only these transcripts exist because the originals are lost,” Fischbacher explains. “And the inscriptions are particularly interesting because, as texts of that period, they show how Latin changed at that time.”

Fischbacher himself is responsible for the ultimate editorial work. He corrects the final text, often working meticulously for hours and comparing the transcript with photographs of yellowed, torn-out and ink-corroded manuscript pages. He then decides which terms, places, people or passages need to be annotated. In this way, the text becomes readable not only for historians who are not as deeply immersed in the subject matter as Fischbacher himself. The work grows through the knowledge that has emerged over the 300 years since it was written. “I explain difficult or now unfamiliar terms, compile biographies of important people in the index, but also place the presented developments in historical contexts known today. For me, it’s a great task.”

At the same time, a graphic designer is working on the layout of the book because despite the database, there will also be a printed state description “Brandenburg 1717”. “We’re definitely doing both,” he says, laughing. “Historians are always very careful in this respect.” Although, he says, it is not exactly clear yet what it will look like. But since the publication is the project’s crowning, those involved can still dream a little. “We have calculated that the book will be 15 centimeters thick ‘at worst’ ...” A real reference work after all. For his own excursions into the Brandenburg region, so far he has brought along a few printed vedute and his laptop. But that doesn’t spoil his enjoyment. “It’s a great feeling to simply go there after a chapter is finished and see what has changed since then – and what hasn’t!

Dr. Thomas Fischbacher studied history and art history. Since 2009, he has been a research fellow at the Historical Institute of the University of Potsdam.
Mail: thomas.fischbacheruuni-potsdampde

Brandenburg 1717. An early 18th century topography of a state in words and images