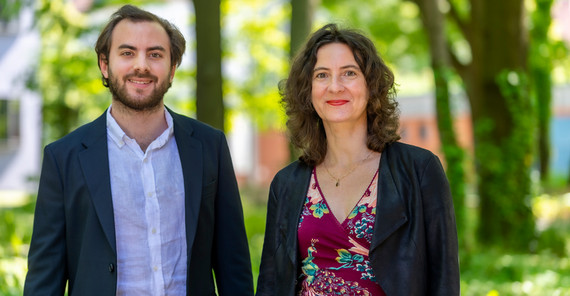 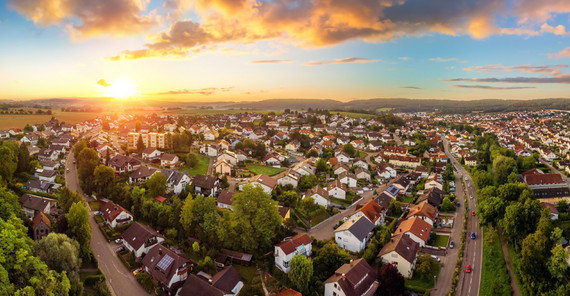 Perhaps only those who have found a home in smaller, so-called medium-sized cities with 20,000 to 50,000 inhabitants are aware of their potential. Scholars have also devoted little attention to them. But now a team of researchers from RWTH Aachen University, the University of Stuttgart, and the University of Potsdam is setting out with the PhD Research Group “Mittelstadt als Mitmachstadt” (Medium-Sized City as a Place for Participation) to accompany and study the "qualitative change via new cultures of city-making”. Sandy Bossier-Steuerwald spoke about the project with Potsdam administrative scientist Prof. Dr. Sabine Kuhlmann and her colleague Tomás Vellani, who are involved in the PhD research group.

“Qualitative change through new cultures of city-making” sounds good, but what does it actually mean?

Kuhlmann: Basically, the PhD research group addresses two aspects: The first is to improve the content of urban development by having PhD students investigate new concepts of urban planning and issues of sustainable urban development in their respective research projects, for example on mobility policy and transition. The second is the “participation element”, which is essentially about the manner of “city-making”. The idea of participation, civic engagement, and also co-production between citizens, administration, and other stakeholders is absolutely crucial.

Vellani: Cities are home, and they bear potential for identification; they enable citizens to enjoy a certain quality of life and to participate in local democratic processes. As such, they play a key role in society as places of life. They are at the heart of many megatrends such as social and technological change, changing lifestyles, increasing digitization, and the energy transition. And so the idea of our interdisciplinary research team is to study these trends and to become agents of change ourselves. In this way, the PhD research group both observes and shapes the new culture of city-making.

The logo of the post-graduate program contains the word “quality of life”. What does this involve?

Vellani: Quality of life is a multidimensional concept which connects the different aspects, dissertations, and disciplines. All of the megatrends I mentioned have an impact on the quality of life. We look at them from different perspectives; in Potsdam, we particularly focus on administration.

Kuhlmann: Thomas put it in a nutshell. The concept of quality of life involves different strands that, from a research perspective, can only be addressed in an interdisciplinary way. That is one of the basic ideas of this research group! If you want to increase quality of life, you need a broader, multidisciplinary approach, and we at the University of Potsdam are responsible for the institutional setting from a (municipal) political and administrative perspective. That means, “How can I set up the administration so that it can contribute to a better quality of life for citizens?” But we also have sociologists from the University of Stuttgart in our team who look at social structures and problematic situations in medium-sized cities, for example questions around migration. From an (urban) sociological perspective, there is a dissertation on “urban narratives”, i.e. cities’ external communication and the communication with their citizens, which almost goes in the direction of city marketing. Then there is a project that deals with mobility management, with traffic transition, i.e. sustainable mobility concepts. The University of Aachen, on the other hand, is contributing urban and spatial planning as well as architectural perspectives. So we have a variety of exciting projects on board!

What does the specific sub-project for the University of Potsdam look like?

Vellani: There are a total of 13 PhD students; I work in the project of the University of Potsdam on the topic of digital transformation of medium-sized cities. Our goal is to analyze the dynamics of cities of this size: “When did they start with digitization? What is their focus? What factors influence this? Are the individual actors particularly important?” So the goal is to understand the evolution of digital aspects in medium-sized cities – especially those that are at the forefront. The result will hopefully be a typology with a historical perspective on the development of digital policy in five cities – Deggendorf, Soest, Geestland, Neuruppin, and Coburg, which are also part of our network. Ideally, this typology can be used as an inspiration for other municipalities. At the same time, I have established a working group for inter-municipal exchange. We conduct interviews, organize talks and workshops with and between the actors from these five cities. In total, there are 38 medium-sized cities in the collaborative project. Originally, we wanted to work with only eight cities, but both the need and interest were so great that we included all the cities in the project that had applied!

Why do you see a particular need for research in smaller medium-sized cities?

Kuhlmann: The idea was born in cooperation with the sponsor, the Robert Bosch Foundation, who asked exactly this question, “Is there such a need?” We were able to confirm this. So far, there has been a strong research focus on metropolitan and rural areas, and the very small ones have also been researched a lot, just think of the keyword “shrinking”. Medium-sized cities, on the other hand, always fell through the cracks! From our perspective of administration research in Potsdam, we also know a lot about reform projects and digitization trends in large cities, for example, but research on medium-sized cities has been lacking. We now want to fill this gap on medium-sized cities with our research group!

Focusing on “medium-sized cities” will not allow for a generalization of all German cities of the same size. How do you differentiate regionally?

Kuhlmann: The variance in Germany is a particularly exciting aspect. It allows us to see how cities that are similar in size but differ in other dimensions and structures, deal with similar challenges. For example, all of them are under pressure to modernize their municipal administration, i.e. to digitize it. But the path towards achieving this goal is quite different in the east and west, or due to different socioeconomic and political conditions. This comparison of cities is very important to us.

Vellani: The factors that explain this variation between medium-sized cities, such as space, land, rents, politics, demographic structures, etc., also depend on trends. Funding structures in the different federal states play a decisive role as well, for example for digitization projects.

In December 2020, the first medium-sized cities conference of the graduate research group took place digitally. What were the key findings?

Kuhlmann: I would say that it was first of all very important to just get in touch with the cities. Until that time, their interest in the project had only existed on paper. The conference gave us the opportunity to get to know each other, to talk about expectations but also compile the ideas of the PhD students and to see which municipalities might be suitable for actual cooperation.

Vellani: It was also important to see that there is a common understanding of the term “medium-sized cities” among all participants. We noticed that there are more similarities than differences: The concerns of medium-sized cities are similar and have to do, for example, with climate change, digitization, housing, revitalizing of city centers, and many other aspects. At the same time, there is a lot of optimism and willingness to get involved.

The approach is a participatory one. How is it implemented and what do you expect from it?

Vellani: According to a survey, 72% of the participants consider participation to be an important tool for design. They expect it to help strengthen confidence in institutions. At the same time, they expressed skepticism about the speed of decision-making processes and whether participatory opportunities can really reach all people in medium-sized cities. Examples of methods include on-site surveys as well as online workshops, roundtables, planning workshops, child and youth participation, regulatory sandboxes and citizens’ conferences and forums.

Kuhlmann: The participatory aspect lies in the so-called agent-based approach. The researchers interact with the research object, they develop something together. This also includes the website of the PhD research group, which our doctoral students have set up on their own initiative and which is a unique selling point of the research group. This high level of initiative has impressed us professors very much – and so far there is an amazing team spirit in this research group!

Prof. Dr. Sabine Kuhlmann has been Professor of Political Science, Public Administration and Organization since 2013. She researches public-sector reforms in international comparative perspectives. As vice-chairwoman of the National Regulatory Council she provides advice to the Federal Government of Germany regarding better legislation and reduction of bureaucracy.
Mail: sabine.kuhlmannuuni-potsdampde

Tomás Vellani studied political science at the University of Buenos Aires and earned a master degree in National and International Administration from Potsdam. Since 2020, he has been a PhD candidate in the PhD research group “Mittelstadt als Mitmachstadt” (Medium-Sized City as a Place for Participation) at the chair of Political Science, Public Administration and Organization of the University of Potsdam.
Mail: tomas.vellaniuuni-potsdampde