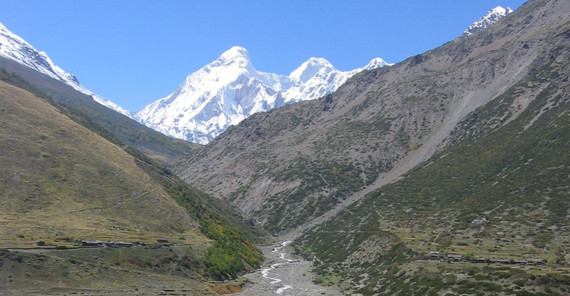 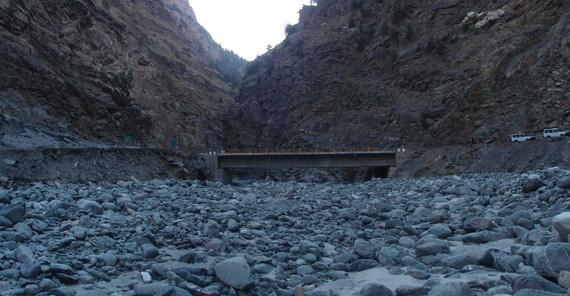 In recent decades, runoff or sediment input to rivers in the high mountains of Asia has increased sharply and will more than double by 2050. This is shown by an international study with participation of the University of Potsdam, which was recently published in the journal "Science". The development has potentially serious implications for the use of hydropower, food security and the environment in the region.

Some of Asia's largest rivers, such as Yangtze, Indus, and Mekong, are fed from the Tibet Plateau in High Mountain Asia. The streams in this area deliver freshwater to nearly one-third of the world's population and are critical for hydropower generation and agriculture. In their study, Li et al. evaluate observational data from 28 headwater basins which show that the rivers have experienced a sharp increase in runoff and sediment loads over the past six decades. Especially since the mid-1990s, this increase has been dramatic.

Co-author Bodo Bookhagen, Professor of Geological Remote Sensing at the Institute of Geosciences, summarizes the results: "Our study shows the strong link that exists between the high mountains and areas used and inhabited by humans. The sedimentary cascade begins in the high Himalayas and transports signals over dozens to hundreds of kilometers to the more densely populated lower elevation areas. While these connections have been known for some time, the speed of signal and mass transport is surprising. The rapid progress of sediment production in the high Himalayas especially in the permafrost and glacial regions also indicate strong changes in the coming years. Our transport measurements in this region show that more than 30% of the sediment is transported in a few days per year during extreme weather events. This relationship will certainly intensify in the coming years and decades."

Since the 1950s, temperatures in High Mountain Asia have risen twice as much as the global average. The consequences are an increase in precipitation, an acceleration of snow and glacier melt, and the thawing of permafrost. Increased spring runoff mobilizes greater amounts of sediment, which reduces the lifespan of hydroelectric dams and reservoirs that are essential for power and irrigation. At the same time, the risk of flooding and landslides increases, and intensified sediment deposition in the lower reaches of rivers could destroy valuable farmland.

The authors project that the total sediment flux from High Mountain Asia will more than double by 2050 under an extreme climate change scenario, with far-reaching implications for existing and planned hydropower projects, as well as for the security of energy and food supplies in the region. The study also emphasizes the need for greater consideration of the findings by the scientific communities, such as the Intergovernmental Panel on Climate Change (IPCC), and by policy makers.