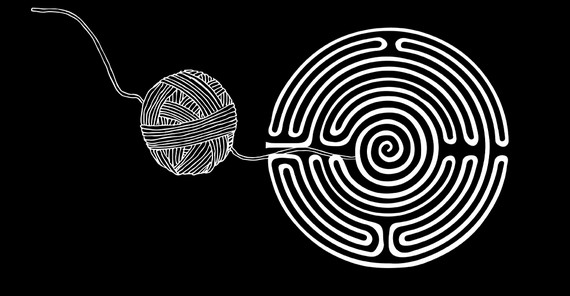 Image : AdobeStock/Olena
The joint research project “Ariadne” is looking for the best ways to achieve a climate neutral society.

The Paris Climate Agreement sets the target: Global warming is to be kept to 1.5 degrees Celsius – this is what the 195 parties to the United Nations Framework Convention on Climate Change, after tough negotiation, adopted by consensus on December 12, 2015. In this way, the global community rises up against the risks and dangers of man-made climate change. The target can only be achieved if greenhouse gas emissions are massively reduced. In this process, energy transition plays a major role: Fossil fuels such as coal, oil or natural gas are to be replaced by energy from renewable sources such as wind, water, solar power or biomass.

The effects of carbon pricing on the national economy

“We must take concrete action, and above all quickly,” says Maik Heinemann, Professor of Growth, Integration and Sustainable Development at the University of Potsdam with reference to the 1.5 degree target. In the joint project “Ariadne”, he and his colleagues from 26 research institutions are studying what the path to the post-fossil age could look like. Under the direction of the Potsdam Institute for Climate Impact Research (PIK), the researchers are developing socially viable strategies for the energy transition. Their work packages cover a variety of fields: transportation, heat, electricity grids, taxes, hydrogen or the industry. “Reconciling all these aspects and finding a common course can be pretty difficult at times,” Heinemann says. In his subproject, which he is realizing with researcher Ulrich Eydam, he is studying how taxes and government spending can be designed in such a way as to meet climate targets and at the same time ensure that the measures are accepted by large sections of the population and economy.

“We are exploring the distributional impact of climate policy measures and their consequences,” Eydam explains. “Let’s take carbon pricing, which was introduced in Germany earlier this year.” With the help of computer models, Eydam is analyzing various scenarios: What are the consequences of different carbon prices for the economy at large and for the individual? How do product prices or inflation rates develop under various carbon prices, and what are the repercussions on household incomes? Are wealthy households affected as much as those with lower incomes? And is carbon pricing a way to effectively finance climate protection measures?

“For the moment, we are calibrating our models to replicate basic macroeconomic features of the German economy,” Eydam explains his approach. This “kit” can then be used to simulate different scenarios in tax policy and carbon pricing, and compare their effects. “Businesses react to changes in taxation: As a result, market prices change and households, for instance, respond by adapting their demand decisions. This has feedback effects on prices. On the other hand, not all households react in exactly the same way, as their decisions depend on income and wealth. Thus, poorer households – who spend a larger share of their income on energy-related goods – are more affected by a carbon tax or carbon pricing than wealthier households,” Heinemann describes the interactions between political measures and economic developments. “We need to design models that are suitable for tracking feedback occurrences and distributional effects well and to capturing the most relevant interrelations.” In this way, the researchers will be able to look ahead and forecast which policy instruments are best suited to making progress on the road towards climate neutrality.

Ultimately, the findings of the Potsdam researchers will support policymakers in their decision-making, and promote dialog with citizens on the energy transition. The research results of the Ariadne project have been widely publicized and discussed in citizens’ forums. “With the analyses of our work package we can help forecast, and prevent, undesirable effects of measures,” Eydam states. “In the long run, this will enhance their acceptance.”

“The energy transition requires massive investments,” Heinemann underlines. Grids and infrastructures need to be expanded, and businesses completely restructured. The transition to a climate neutral economy and society is like navigating a labyrinth – for which the researchers can provide some guidance. After all, it is with good reason that the joint project was named “Ariadne”: The central theme of the energy transition project relates to Greek mythology. Ariadne, daughter of the Greek King Minos, helped King Theseus conquer the Minotaur, a monster with the body of a man and the head of a bull. It was only with the help of Ariadne's thread, which Theseus attached to the entrance of the Minotaur's cave and unwound on his way through the labyrinth, that he was able to retrace his way out of the labyrinth. Navigating the labyrinth of energy transition is to be made just as safe – by following the red thread provided by researchers.

“Ariadne” is funded by the German Federal Ministry of Education and Research (BMBF) with a total of 30 million euros over three years and is part of the Copernicus research initiative. As its fourth pillar, “Ariadne” complements the ENSURE, P2X and SynErgie projects. Together, the Copernicus projects represent one of the largest German research initiatives on energy transition.

Duration: 2020 – 2023
Participants: 26 research institutes under the direction of the Potsdam Institute for Climate Impact Research (PIK)