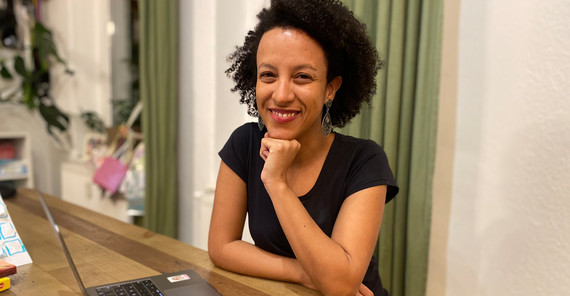 In reference to the German cultural and communication studies scholar Jürgen Bolten, we understand interculturality as a situation in which the perceived familiarity with our own culture is lacking. Digitalization has led to a substantial increase in the interlacing and complexity of our life-worlds, fueled by a multitude of new communication platforms like various social media, WhatsApp, and online news. So we use the term “digital interculturality” for this increased complexity of everyday life in differing digital communication contexts. That is our topic and cooperative research is the essence of our partnership.

What motivated you to participate in the application process?

My motivation to submit this proposal was the exciting scientific exchange I had with Luisa Conti, Roman Lietz, and Fergal Lenehan prior to writing the ReDICo project outline. The writing process, which lasted from November 2019 to January 2020, was long but very democratic, with all of us contributing equally to the result. One thing I learned from the process was that getting out of one’s own scientific community –
in my case, applied/cultural linguistics – and talking to researchers from other disciplines is also, per se, a kind of intercultural communication. We all have an interest in culture as a subject of scientific inquiry and rely on different theoretical and methodological frameworks. What seemed quite difficult to bring together at first turned out to be complementary in many ways.

What do you consider to be the greatest added value of ReDICo for the University of Potsdam?

What are your specific plans as a linguist at the University of Potsdam?

My first ReDICo study is about intercultural simulation games in online environments. To this end, I am developing BA and MA courses that will be offered online during the summer and winter semesters. In these courses, students can play an intercultural simulation game with a team from another university, practicing, discussing, and evaluating their intercultural communication skills. In compliance with all necessary ethical procedures, data will be collected and used in my study. During the courses, the game will of course be accompanied by theoretical discussions, especially about the role and function of English as a lingua franca and the tenets of intercultural competence. Such discussions are important for our students who have grown up with digital media and are likely to experience digital intercultural communication on a daily basis.

What does work in the interdisciplinary project group look like – both in terms of organization and time?

Our teamwork is excellent, which might be due to the fact that we reflected on the concept of “teamwork” together from the very beginning. We took the time to get to know each other, not only the core team, but also all the graduate assistants participating in the project. This closeness and trust in each other helped us to get through the initial phase of the project. We are sad that we have only had the chance to meet in person as a team once, so far. That was in January 2020, when we were still writing our proposal. At the same time, we are happy to see that digital communication can also promote synergies.

ReDICo collaborative partnerships extend across borders. What does an ideal scientific exchange look like for you in this context?

We are pleased to have our international network as project partners, which includes researchers from the universities of Minas Gerais (Brazil), Limerick (Ireland) and Tel Aviv (Israel). We will work closely with them throughout the project.

In the ReDICo project, linguist Dr. Milene Mendes de Oliveira from the University of Potsdam investigates the use of English as a lingua franca and the development of intercultural competence in virtual spaces. Her goal is to shed light on new methods for foreign language instruction in intercultural digital spaces.
In addition to Dr. Milene Mendes de Oliveira, the core team of the joint project group includes Dr. Luisa Conti and PD Dr. Fergal Lenehan from Friedrich Schiller University Jena and Dr. Roman Lietz from Johannes Gutenberg University Mainz, who are investigating topics such as neo-nationalism and neo-cosmopolitanism in internet forums.
The four-year research project is funded by the German Federal Ministry of Education and Research (BMBF) with a sum of approximately EUR2.1 million. The funding volume in Potsdam amounts to around EUR500,000.
ReDICo also cooperates with partners at the Universidade Federal de Minas Gerais in Brazil, the University of Limerick in Ireland, and the Kibbutzim College of Education, Technology, and the Arts in Israel. To maintain cooperation with them and build new partnerships, the research group is establishing a future-oriented, open-access virtual platform where scholars can network and share publications, calls for papers, and other relevant information on digital interculturality. The research group is also going to organize three international digital conferences in cooperation with partners around the world.