The better half – Female writers and the „writing couple“ 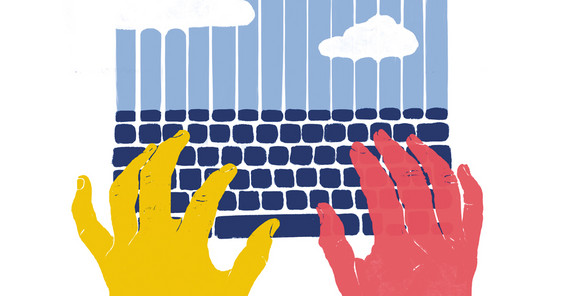 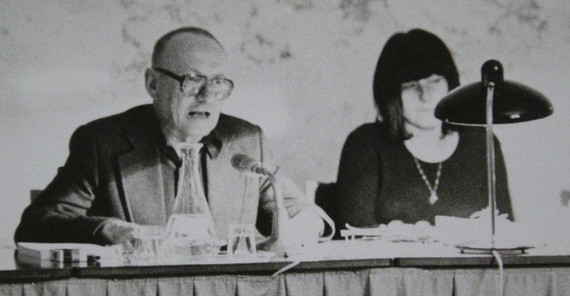 Do you know Elisabeth Hauptmann? No? What about Bertolt Brecht? Of course. Hauptmann was Brecht’s mistress. At the same time, she was a writer herself, worked for her famous companion – and wrote the “Threepenny Opera” together with him. Not an unusual fate for a woman writer who had or has a famous man of letters by her side. Sometimes she gains additional prestige herself through the relationship. But that precisely reveals the problem inherent in such relationships, says Gerlach. “Both narratives of couple’s collaborative work and gendered role models are gridlocked in many ways.” In contrast to this, the Potsdam-based literary scholar focuses on a tendency that is particularly evident in the 20th century and often also specifically in texts by women writers who belong to a so-called “writing couple”. These texts regularly negotiate the perception of supposed couples. And they often ridicule or criticize the ideal of joint production.

Reading literary couples against the current

Hannah Gerlach focuses on corresponding corrections of the “couple” ideal as an interplay of media and textual forms: In her doctoral project with the working title “The ‘Couple’ as a Label. Discourses on Couples in German-language Literature of the 20th and 21st Century”, she examines feuilletons, research articles, and the literary works of several women who themselves had famous partners. She focuses on three women writers: Marieluise Fleißer, who had a relationship with Brecht, Inge Müller, who was married to Heiner Müller, and Friederike Mayröcker. The latter was Ernst Jandl’s partner. Texts by these three women writers explore the narrative of the “writing couple” in very different ways. “However, the texts of these female authors remarkably often revise production models of couples,” says Gerlach.

And often contrary to the reception of the women writers: In popular scientific books as well as in parts of literary studies, the “writing couple” is still a standard saying – and as a rule, the focus is on the man of the assumed constellation. For good reason, various articles and books are dedicated to “Brecht’s women”. “The books sell better that way, too,” says Gerlach. "Brecht is simply well-known to everyone. He made a name for himself, literally, and that counts in the art scene. By contrast, Elisabeth Hauptmann or even Marieluise Fleißer, whose works were more successful, are often discussed as ‘Brecht’s women’.” And even in reviews by contemporaries, women writers who had a relationship with male writers are often received and reviewed as the latter’s partners, a fact that is relentlessly revealed by the fate of Elisabeth Hauptmann. “In her case, this went so far that she was accused of not actually having written a text published under her name herself and that Brecht, among others, was responsible for it. The literary scholar Sabine Kebir took up this issue years ago.” Literary studies have already partially addressed such reservations – particularly in connection with ideas on the “writing couple” and from a feminist perspective. The fact that there are many texts by female authors on the topic has, however, largely been neglected, Gerlach says. This is a research gap that the literary scholar would like to close. “It is often said that texts which negotiate ideas on couple’s artistic cooperation come largely from men. I looked at texts by women and found that this is not true. They do, however, partly write in different formats than their male colleagues, in literary texts rather than theoretical treatises, and in many cases with more subtlety.” According to Gerlach, the women writers often deal specifically with female functional roles, that is  tasks that have been assigned to women in literary “couples”—as critics, as advisors, as co-authors.

Self-confident writing women with their own voice

Gerlach is interested in tendencies that can be found primarily, but not exclusively, in texts by women writers. “I did initially consider discussing Ernst Jandl in more detail in my thesis since he was very much opposed to the discourse on couples. He ranted against the narrative both in newspaper articles and to his publishers, which I found fascinating. But it would have been beyond the scope of my research—especially since most of the respective opposing texts were actually written by women.” Gerlach met Friederike Mayröcker in person in Vienna. “It was exciting to meet her and hear what she thought about my research. She was enthusiastic about the topic. I was certainly happy about that. And it was very interesting to hear how she assessed certain texts,” the junior researcher says. She admits, however, that a personal meeting can also complicate literary research. On the one hand, she says, the impressions are inspiring; on the other hand, it’s a challenge not to let them influence one’s view on the texts. One appeal of Mayröcker’s works, Gerlach says, is that they often deal ironically with the topic of the “couple”. They deliberately lead the reader down a stereotypical path – for example, that of the writing woman as a pitiable author’s wife. In the course of reading, however, the irony of many texts becomes evident. “The conversation with Mayröcker was also intriguing because of the exchange about such ways of writing,” says Gerlach. In comparison, Marieluise Fleißer’s and Inge Müller’s texts are created quite differently, despite connections in content. “Irony also plays a large role in Fleißer’s texts, but they often become dramatic, too: women at the side of artists sometimes perish - in the truest sense of the word. Inge Müller wrote primarily drama and poetry. Comedy plays a much smaller role than in the works of the other two. At the same time, many works can be understood as responses to other literary texts instead of the more usual biographical reading.”

Gerlach came to the debates about “writing couples”, among other things, through her interest in the reception of literature, which she has been working on for some time. She worked on Paul Zech, for example, a German author who lived from 1881 - 1946. “He faced many accusations of plagiarism and other frauds during his lifetime – and rightly so. The resulting idea that Zech was pathologically lying concealed his sometimes highly political and witty play with realities in his exile oeuvre. That’s what I found exciting about him. It is a very different example of how the life stories of writers can influence the perception of their texts. Similarly preconceived modes of reception are also found in many cases of the so-called ‘writing couples’.” It is a topic that is not only exciting in terms of literary studies, but is also a burning issue for many women in the cultural and literary world today: As the poet Mascha Kaléko wrote in a poem, “What we women lack is the artist’s wife.”