Old age without fragility – Young researchers are investigating how the interplay of genes, nutrition, and exercise can influence muscle loss as we age 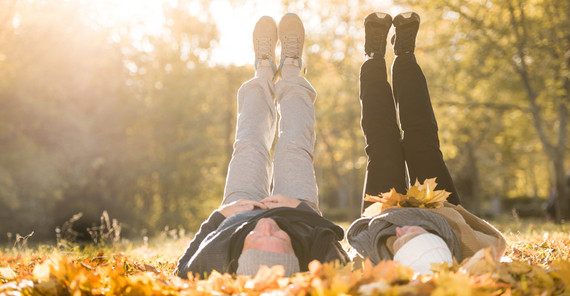 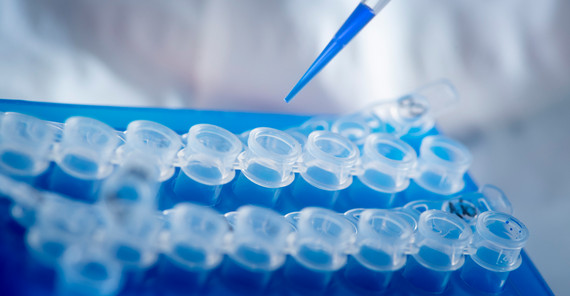 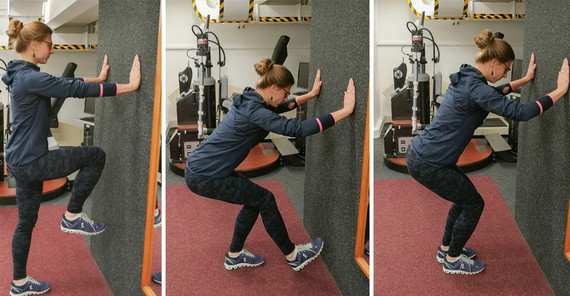 Photo : AdobeStock/andreusK
Young researchers of the University of Potsdam and the German Institute of Human Nutrition (DIfE) are investigating how the interplay of genes, nutrition, and exercise can influence muscle loss as we age.
Photo : David Ausserhofer/DIfE
In the DIfE lab
Photo : Dr. Tilman Engel
Exercises
From the age of 50, many people feel that their strength is gradually diminishing and movements are becoming more and more difficult. This is normal because in this phase of life everyone loses about 1–2% of their muscle mass every year. In some people, however, this age-related muscle loss is particularly severe. They suffer from a phenomenon known in medicine as sarcopenia. About 5–10% of all people who are 60–70 years old, and even up to 50% of those over 80, rapidly lose muscle strength and become frail. This also increases the risk of injury from falls. A junior research group is investigating which triggers play a role in sarcopenia and how to prevent it.

Why some people lose muscles faster than others as they age is not yet fully understood. “Sarcopenia is a very complex disease that involves various interacting factors,” explains biologist Heike Vogel. Diet and exercise but also genetic predisposition, diabetes, inflammation in the body, and obesity seem to be related to the disease. Heike Vogel is a researcher at the German Institute of Human Nutrition (DIfE) and head of a junior research group that wants to find out how individual factors interact with each other, what the molecular causes of age-related muscle atrophy are, and how diet and exercise can keep it at bay or even prevent it.

What we eat and how we move are the two key elements that the researchers want to analyze in depth. At the DIfE, Vogel works on the genetic and molecular level. The PhD project that she is supervising will use mice to determine which genes are particularly active or inactive in sarcopenia and how exercise and diet can affect the activity of these genes.

Mass alone is not the decisive point

At the same time, PhD student Dominik Sonnenburg is examining a group of about 60 subjects at the University of Potsdam’s outpatient clinic. They are all 55 – 65 years old, overweight, do not exercise much in everyday life, and are therefore considered patients at risk for sarcopenia. “They are people who are still pursuing a professional career, but who mainly have, for example, a sedentary job,” says Sonnenburg, describing his clientele. The nutritionist wants to find out whether these people can reduce their risk of sarcopenia when they eat differently and follow a special training program.

“It’s not just about muscle mass,” emphasizes Tilman Engel, who is supervising Dominik Sonnenburg’s work as a scientific tandem partner. After all, the loss of muscle mass alone cannot explain the deterioration of performance in sarcopenia patients. Today, medicine and research assume that muscular composition, interaction of nerves and muscle fibers, and thus the function of muscles, also change in sarcopenia.

With a special eight-week program – known as eccentric training – Engel and Sonnenburg focus on exactly this point. The exercises address that movement phase in which the muscles stretch against resistance and become longer. In biceps training, for example, lifting a weight is the concentric work phase in which the biceps contracts. When the weight is lowered, the muscle is in the eccentric phase. Eccentric training is aimed less at building muscle and more at improving muscle strength and function. In the study, for example, participants will squat with one leg with a weight on their back and push themselves back up with both legs. “What matters most here are neuromuscular processes, i.e. the interaction of nerves and muscles,” Engel explains. The training focuses on the leg and back muscles. After all, these muscle groups are particularly important for preventing falls and providing stability. In addition to a comparison with conventional weight training, the investigation primarily tests the feasibility of the training approach for this risk group.

What are the effects of exercise and diet?

In addition to the exercises, the participants in the study receive regular nutritional counseling to ensure a balanced supply of nutrients and to reduce the risk of obesity. The goal is to gradually change eating habits. “But always in such a way that everyone can later implement them sustainably, i.e. adapt their lifestyle,” emphasizes Sonnenburg. A strict ban on sweets, for example, usually lasts only for a short time. If you want to impact your health through your diet, you have to keep at it much longer.

Ultimately, ultrasound, MRI, mobility tests, and strength measurements on sports equipment show how the test persons’ muscle quality, strength, and coordination have developed. In addition, blood samples are taken at the beginning and end of the study, which provide information on the health status such as fat metabolism and blood glucose level. Inflammation parameters are also expected to provide valuable information about a possible risk of sarcopenia. “Ideally, we will eventually have an exercise concept that positively changes the mobility and strength of those at risk and prevents sarcopenia,” says Sonnenburg.

Already in 2015, mice were used as experimental animals in the DIfE laboratories and provided another important piece of the puzzle for holistic research into sarcopenia. At that time, the nutrition scientists found that mice that were fed a calorie-restricted diet or fed only every second day developed less diabetes. Intermittent fasting seemed to be particularly effective at suppressing the disease. In additional tests, mice exercised on a treadmill five days a week for 30 to 50 minutes each day. The mice in the control group, on the other hand, were allowed to be lazy. The training not only reduced the mice’s fat reserves, but also altered the activity of certain genes responsible for building muscles.

Both results can be groundbreaking for research into sarcopenia, which is closely linked to diabetes and obesity. Vogel hopes to find a so-called “candidate gene” among the genes that have been identified as relevant so far, which is clearly associated with sarcopenia and diabetes. If this is successful, future studies could show whether the gene’s activity – and thus the development of the disease – can be specifically altered by exercise or diet. This would provide the foundation for future therapy. It is also possible that the researchers will discover other previously undiscovered regulatory factors.

Obesity and diabetes have been the known risks so far. But it is unclear what comes first – chicken or egg – that is, whether muscle atrophy in old age is the cause or consequence of these diseases. “There aren’t any biomarkers yet that can provide information, for example in blood samples, on whether and at what stage the patient suffers from sarcopenia,” says Vogel, describing the need for research. Until now, muscle mass and muscle function have been the decisive diagnostic parameters. However, measuring them is difficult and time-consuming.

“Achieving the greatest possible effect with the smallest possible effort” is how Heike Vogel describes the goal of future therapies. In order to achieve this, the researchers need to identify the influencing parameters that have the greatest positive effects. “What really helps against sarcopenia?” is the key question. The answer to this question could help determine whether more people will be able to lead healthy lives in the second half of their life in the future.

Dr. Heike Vogel studied biology at the University of Potsdam. Since 2015, she has been working as a researcher at the German Institute of Human Nutrition (DIfE) and is head of the Junior Research Group “Molecular Mechanisms and Clinical Interventions of Metabolic Diseases”.
Mail: heikevogeludifepde

Dominik Sonnenburg studied nutritional sciences at Kiel University (CAU) and is currently writing his doctoral thesis at the University of Potsdam.
Mail: sonnenburguuni-potsdampde

In seven PhD projects, the Junior Research Group “Molecular Mechanisms and Clinical Interventions of Metabolic Diseases” investigates sarcopenia focusing on the question of how exercise and diet programs could affect this disease.