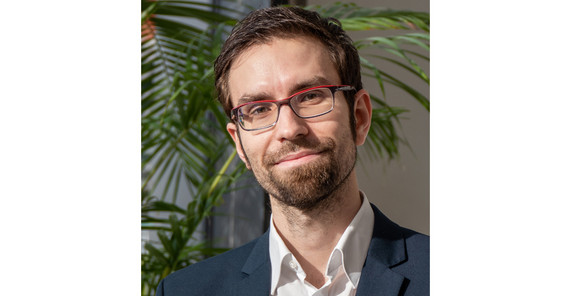 “Professor Dietrich is a very talented and successful young scientist,” says Professor Alessandra Buonanno, managing director of the Max Planck Institute for Gravitational Physics. “It is a special honor to be appointed Fellow as a junior professor at the age of only 32 – this clearly shows how outstanding Tim Dietrich is. We congratulate Prof. Dietrich and look forward to working with him.”

“I am very honored to be appointed to the Max Planck Fellow program,” says Prof. Dietrich. “This is a great opportunity to further strengthen the collaboration between the University of Potsdam and the Max Planck Institute through joint research.”
Prof. Dietrich heads the Theoretical Astrophysics group at the University of Potsdam. He is an expert in numerical-relativistic simulations of neutron star mergers. Such simulations are particularly important to the young and growing research field of gravitational-wave astronomy. When neutron stars merge, gravitational waves are emitted that can provide insight into the so far unknown interior of the stars. At the Max Planck Institute for Gravitational Physics, Dietrich will work closely with the departments of Astrophysical and Cosmological Relativity led by Prof. Buonanno and Computational Relativistic Astrophysics led by Prof. Shibata.

Tim Dietrich studied physics at Martin Luther University Halle-Wittenberg and Friedrich Schiller University in Jena, where he also earned his doctorate. From 2015 - 2018, he held a postdoctoral position in Prof. Alessandra Buonanno’s department at the Max Planck Institute for Gravitational Physics in Potsdam. After a two-year stay at the National Institute for Subatomic Physics (NIKHEF) in Amsterdam, funded by a Marie Sklodowska-Curie Fellowship, he was appointed to the University of Potsdam. Since February 2020, Dietrich is assistant professor for Theoretical Astrophysics and an Adjunct Researcher at the Max Planck Institute for Gravitational Physics. Dietrich has already won several prizes, including awards for his dissertation from the German Physical Society and from the University of Jena. In 2019, he received the Heinz Billing Prize for the Advancement of Scientific Computing. Only recently, he was awarded the 2021 Heinz Maier-Leibnitz Prize.