How Secure is Safe?! – A Germany-wide project examines how to organize safety in urban neighborhoods 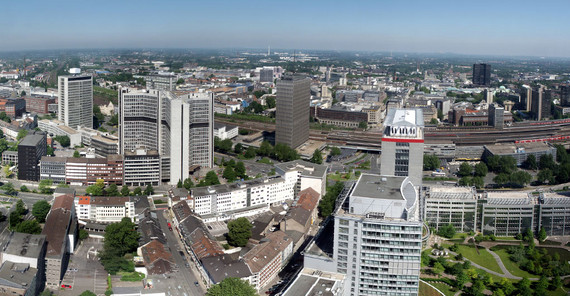 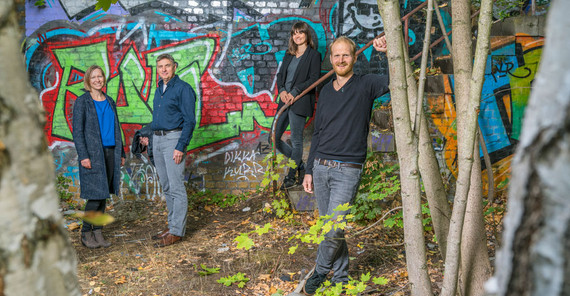 Quiet suburb, hip inner city, quaint small town, multicultural urban neighborhood – for every lifestyle there is a suitable place. Why do we feel safe where we live? And why don’t we at times, although we cannot say why? How can the relevant actors, together with residents, make everyone feel safe? These and other questions are studied by a team of researchers led by geographer Prof. Dr. Manfred Rolfes – together with colleagues from various other disciplines, but also in interviews with people working in the field and with those affected.

In 2015/16, at the peak of the refugee crisis in Germany, fears arose in many places that the arrival of refugees would bring with it more crime and violence. Many were afraid that their village, town, or neighborhood was no longer safe, even though there were no tangible reasons for this. The Pegida movement in Dresden became the symbol of this vague feeling. Urban quarters and neighborhoods are the central locations where people live together, interact with each other, face common problems – and, ideally, solve them. Migration movements change the mix of populations there which may impact some tenants’ perception of security, and present those in charge with unprecedented challenges. A nationwide project investigates how this dynamic could be accompanied to yield a new “togetherness”. “Originally, we intended to focus on the effect of migration movements on the perception of security among local residents,” Manfred Rolfes states. He is the head of the Potsdam project team including Julia Burgold, Jan Lorenz Wilhelm, and Katharina Mohring. “But by the time we were ready to start in 2018, refugee migration had passed its peak – and people were concerned with completely different issues. So we had to adjust our objectives.”

Security is the feeling that you are safe

It may seem odd, but in the end this benefited the approach chosen by Rolfes and his team. “What it all boils down to is that people feel safe when they believe that nothing is going to happen to them,” Burgold explains. There are many reasons why such confidence may be lost. With their focus no longer on migration – which could have been a bit narrow – the researchers were now able to study a broad variety of situations in different neighborhoods. “We are now researching in much greater detail which change processes affect the way people live together in a neighborhood,” Rolfes says. “In workshops with residents and local officials we are looking for ways to strengthen cohesion and improve living conditions in the neighborhood.”

To this end, the project “Security Analyses and Networking for Changing Urban Neighborhoods” – or SiQua, for short – takes a close look at nine residential areas in Essen, Dresden, and Berlin. In all three cities, research institutions, experts in neighborhood planning and management, social work and prevention, as well as the police and schools have gotten on board. “In this project, researchers and practitioners work hand in hand,” Rolfes explains. Most notably, tenants from the respective neighborhoods have been invited in as well. Through comparative analyses, case studies, workshops, and a survey on safety concerns the researchers want to find out what problems residents see in their neighborhood: Who doesn’t feel safe where, and why? What needs to be done from the residents’ perspective, and from that of the relevant security institutions? Who is responsible for the creation of living conditions that facilitate good coexistence in a neighborhood? What have local authorities done so far, and what have they missed out on? The objective is to develop further training and qualification courses for local actors to enable them to better manage change processes in urban neighborhoods.

People feel unsafe for many reasons

Strategies used in the project had to be as diverse as the investigated neighborhoods and their problems. For instance, the district of Buckow in the borough of Neukölln had originally been chosen for its change through migration. After all, a refugee shelter had been located there in 2017, and fierce protests erupted when the erection of two more shelters was announced. In contrast to the other eight neighborhoods, Buckow was the only one where the Potsdam team collected the data itself. For an entire year, the researchers accompanied two major neighborhood bodies – a project group, where child and youth centers come together to exchange experiences and coordinate activities, and a round-table discussion on refugees and integration. In addition, experts and residents were interviewed. “It turned out that refugees were no longer the predominant subject,” Burgold says. “The situation had calmed down. People had had time to cool off and get to know each other.” A situation typical of many neighborhoods, as Mohring adds. “Especially in neighborhoods with some experience of migration and refugees, such as the one studied in Essen, discussions on a perceived lack of security were not dominated by the topic of refugees – an encouraging and important result that shows that the neighborhood responded well and level-headed during the refugee crisis. Yet the feeling of security was compromised, as Burgold noted in Buckow: “While in 2016/2017 refugees were seen as the biggest threat, it was clan crime in 2018. What makes people not feel secure often depends on topical events. Today, it might well be the Corona virus.” Perceived insecurity also has a lot to do with how problems are presented, and in some cases blown up, in the media, Mohring adds. Despite regional specifics, one result is generally valid: “Many uncertainties result from so-called incivilities,” Burgold explains. The term stands for violations of sometimes more, sometimes less fixed norms, such as reckless driving, littering in public places, breach of the peace, or large gatherings in public areas which are perceived as threatening. “Today, such feelings of insecurity coincide with a general loss of confidence in the state institutions’ capacity to act. In many neighborhoods, cohesion was also perceived as weakening,” Wilhelm says. “It would be interesting to research the situation now, during the Corona pandemic, in neighborhoods where great trust and strong cohesion between tenants were particularly praised.”

Problems can only be solved together

In Dresden, SiQua has focused on the activities of state agencies. Here the researchers studied how all actors can be involved in the analysis and evaluation of security situations, even when things get complex or under time pressure. “A major issue in Dresden these days is cornering – all of a sudden, mostly young people come together in large numbers in one specific place,” Wilhelm explains. “An intervention by the municipal public order office or the police would not solve the problem, as the crowd would just move – to the next corner.” Against this backdrop, the project focuses on finding the best solutions for the very different initial situations by involving all major local actors. In the Neukölln district of Buckow, for instance, several parties were hoping for better and closer communication between agencies, but also with the district administration. In Essen, by contrast, the main point was to get all actors – associations, neighborhood managers, the police, youth welfare authorities, and projects with many years of experience – involved in an exchange of ideas. “Even though they came on a voluntary basis, we sort of ‘forced’ them to look at each other differently,” Mohring says. “And then they realized on their own: 'If we want to discuss certain issues, other stakeholders should be sitting at this table as well.’” In Dresden, the police and local actors are testing a new method for better and faster communication between responsible authorities and other actors so they can analyze security situations well and act accordingly. These processes are being moderated by Rolfes and his team and their partners. Even though many committed actors are willing to leave well-trodden paths and try something new, this is difficult without external support. “At first, everyone wants to network and talk,” Wilhelm knows. “But soon they lack the time, resources, or stamina for it.” So, a lot of fine-tuning is required to be successful: How do people interact with each other? How do they pass on information? “External coordination is extremely important,” Burgold adds. “Once these structural questions have been resolved, content issues can be discussed without frictional losses.”

The researchers are developing solutions for very different case studies in Essen, Berlin, and Dresden. In the long run, all project findings will be available for other neighborhoods to draw on. At a later point, the participating as well as other interested authorities will have access to a platform where they will find information on successful measures in prevention and neighborhood development, and where they can exchange their experiences. After all, Essen, Berlin, and Dresden are just the beginning! Rolfes is certain that the long-term success of SiQua does not only depend on the appropriate scientific tools. “Much more important is that people interact constructively when they meet – that is the goal we have to work towards. We have to keep asking ourselves: How do we want to interact, listen to each other, and work together now and in the future? Those willing to make contact with others will also be able to change their perspective – and change things. I hope we will be able to convey this message with this project. Then a lot would be gained.”

Dr. Jan Lorenz Wilhelm studied social and economic geography, economics, political science, and sociology at the universities of Hanover and Osnabrück. He has been working at the Institute of Environmental Science and Geography at the University of Potsdam since 2004.
Mail: jwilhelmuni-potsdamde