Going Digital – Public Administration in Europe in the Digital Age 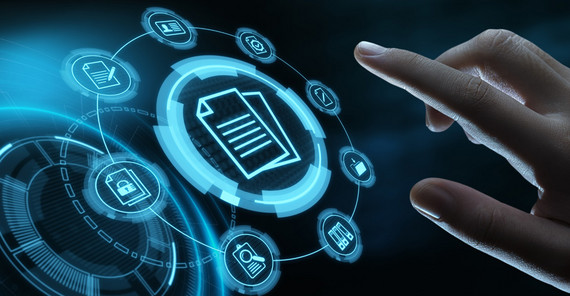 Photo : AdobeStock/Sikov
Digital administration also means access to online services for citizens.
Germany, Norway, Belgium, Denmark, France, Spain, Estonia, Hungary, the United Kingdom, and the Netherlands – in all these countries, public administrations are facing digital reforms. And each of these countries responds to digitization differently. How do European governments use digital instruments for cooperation? And how do they use such tools to communicate with their citizens? Julia Fleischer and her team are researching this topic – together with experts from 10 European countries – as part of the TROPICO project. It was launched two years ago and will be completed in 2021 – so now is a good time to discuss first results.

“You can’t win elections with administrative reforms in this country,” says Julia Fleischer, Professor of German Politics and Government at the University of Potsdam.  So it comes as no surprise that Germany is lagging behind the rest of Europe in the digitization of its public administration. “The Nordic countries, as well as Estonia, are more open to digital applications. You can virtually sense a reforming zeal there,” Fleischer says. That does not, however, mean that it is problematic if a country – such as Germany – proceeds more slowly.

Often, there are good reasons for it. In Germany, public administration was developed based on Max Weber’s not very flexible ideal-type bureaucracy. “Principles such as the requirement of the written form and written records are not easily adapted to the possibilities of digital instruments,” Fleischer explains. Besides, data protection is of comparatively high importance to German civil society. And last but not least, in a federal nation the legal framework is very complex. “It’s not easy to develop a common digitization strategy that will work anywhere in the country – after all, it takes not only ideas and instruments, but an appropriate infrastructure as well.”

Municipalities are developing exciting ideas for the utilization of online tools

For a number of years, German citizens have been able to submit their tax statements completely electronically. “In this respect, we do not differ much from other countries,” Fleischer says. However, the very complex tax legislation and tax law make the electronic transmission relatively complicated. “I have lived in the Netherlands and in Norway, so I know what I am talking about,” Fleischer says with a laugh. Sometimes, however, a reserved attitude towards digital services may turn out to be advantageous: “You don’t always need to be among the frontrunners. This actually allows you to avoid mistakes.”

Especially since the Federal Government has indeed placed digital governance on its agenda. With the adoption of the Law on Online Access in 2017, the Federal Government, the federal states, and the municipalities have committed themselves to offering their administrative services – 575 in total – in digital form by the end of 2022. “Already, many exciting ideas have been developed, especially at the level of the municipalities and federal states. In our federal system, these are the ones mainly responsible for the provision of services such as day care nurseries, parental allowance – essentially all basic public services.” Bremen is currently testing an app that can be used to apply for parental allowance. But it is not just ideas that matter. “They also have to be tested for legal certainty, so this is what slows the process down time and again.” Besides, several authorities are involved in the granting of parental allowance, so not only the parents benefit from the new technology, but the authorities, too, because they start cooperating in a completely new way.

Close links between public administration and the legal system

The Potsdam team is specifically in charge of internal policy formulation: the way in which governments effect decisions, make regulations, or draft new laws. This also includes a comparison between European countries. So Fleischer and her team surveyed experts in law, politics, administrative sciences, and history from all over Europe on their views regarding the effect of digitization on policy formulation. “We found that the differences between European countries could partly be traced back to their administrative traditions. For instance, respondents in Estonia attributed a much higher impact to the dynamics of digital services than their colleagues in Germany did.” For Fleischer, these differences mainly result from the different legal systems public administrations are closely linked with.

At the same time, the survey found that digitization may not only result in better and more efficient cooperation, but can also create some challenges, for instance regarding the delimitation of responsibilities and the cooperation between ministries or authorities. Fleischer is looking forward to interviewing administrative officials in person in the second half of the project. The international team contrasted scientific opinion with qualitative case studies carried out in countries where digital instruments are used for internal policy formulation. In Germany, for instance, they looked at the electronic sustainability impact assessment, or eNAP. The Federal Government has committed itself to devoting more attention to the goals laid out in the United Nations’ Agenda for Sustainable Development for its policy formulation. The web-based application eNAP is to ensure that these goals will be attained: It makes sustainability assessments easier for advisors. “Our main question is whether they use the portal at all and how it impacts their everyday work.”

In addition, Fleischer and her team studied digital tools for climate protection in Hungary and an electronic platform by employees for employees in public administration in the Netherlands. “We want to understand how digitization affects the tension between politics and administration,” Fleischer says. She and her team are researching in how far the European Union implicitly promotes the introduction of digital instruments. For instance, will a tool for measuring carbon emissions for environmental purposes that is tested and approved in one country be introduced more rapidly in another EU country? This is the type of question she hopes to find answers to.

Civil society, too, is increasingly using digital means to make its voice heard

Regarding policy implementation, the researchers studied online portals for citizens in Germany and Norway, respectively. In Berlin, they examined “meinberlin.de” (my Berlin) and in Norway “minsak.no” (my cause¬). Both platforms allow citizens to get involved in urban planning processes.

According to Fleischer, one of the major challenges is that not all social groups are equally represented among the users of digital tools. “Just like analog communication with public administrative bodies, people with higher levels of education use the instruments of political participation more often than less-educated citizens.” However, the researchers are less interested in how citizens use such offers and more in how the administration deals with them. How is the input processed – more quickly or more slowly than in analogous form? Are there any differences at all? And how do workflows and decision-making change? Currently, the researchers are still in the midst of their evaluation. Nevertheless, Fleischer has a provisional answer to these questions: “Things are not simply getting better or worse, the answer is: it depends.”