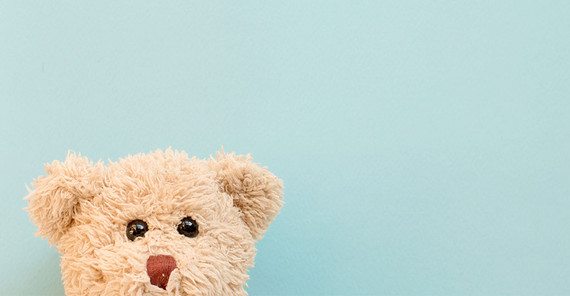 Photo : AdobeStock/bualuang
Sensors in cuddly bears? Researchers are studying how sensors influence our perception
What happens when parents leave the task of watching by the bedside of their fevered child to a plush teddy equipped with a sensor? How does a dog collar detect a dog’s mood? Why should we use wrist devices to empathize with the trembling of a Parkinson’s patient? These are some of the questions researchers of the research program “SENSING: The Knowledge of Sensitive Media” are working on. The Volkswagen Foundation is funding the project with approximately 1.6 million Euros. Over a period of 4 years, it will combine scientific knowledge and practical research in an interdisciplinary manner at the Brandenburg Centre for Media Studies (Brandenburgisches Zentrum für Medienwissenschaften, ZeM).

Marie-Luise Angerer, Professor of Media Theory and Media Sciences at the University of Potsdam, is the spokesperson of the research program. “The transmediale Festival for Art and Digital Culture in January 2019 in Berlin was a very telling platform”, she remembers. “There, we had the first public debate about how technical devices mobilize and transport emotions. The discussions were extremely controversial,” she says. Among other things, the researchers introduced a number of smart plush toys with sensors, developed to help parents monitor whether their child is awake or asleep, has a temperature, and what his or her heart rate is. They also introduced a dog collar that indicates the emotions of the dog to his owner. These and other “smart” items were considered for their benefit and their impact: How do technologically advanced plush toys impact parent-child relationships? In how far do such technologies invade privacy – undetected? What about data protection? Where are the limits of these technologies if we don’t want to switch from care to total control? The PhD students work on these issues by having a closer look at sensing technologies.

“Data that may be used to categorize and transport emotions are considered particularly valuable,” Jan Distelmeyer explains. He is Professor of History and Theory of Technical Media at the University of Applied Sciences Potsdam. Alongside researchers of the University of Potsdam and the Film University Babelsberg KONRAD WOLF, he supervises the PhD students in the research program. He encourages them to cast a critical eye on the promises and fantasies of sensory computer technology. “Sensory media affect all spheres of life,” Angerer underlines. “Even simple household appliances are equipped with technical sensibility and interfere with human perception in so far as certain emotions are preset.” Therefore, she considers the issues of the research program as highly topical. “Just reflecting on media with a technically controlled life of their own is not enough to keep pace with the developments. The field should not be left to computer sciences or engineering,” she postulates.

Vanessa Oberin is one of seven PhD students in the SENSING research program. Prior to that, she studied European media studies at the University of Potsdam and the University of Applied Sciences Potsdam, and was one of the organizers of the workshop held at the transmediale. “The feedback from visitors made it very clear that the issues dealt with in the college are discussed with great urgency outside universities, too,” she says. Her research interest focuses on the relationship between immersion and empathy, for instance in the context of journalistic VR applications. VR technology, commonly referred to as “empathy machine”, provides computer-generated visual worlds that can correspond to a user’s body movements in real time. “But who is controlling what or whom in this situation? This is what I want to find out,” Oberin says. From her own uneasiness with VR technology, questions have emerged through which she wants to analyze sources of friction between technological and emotional levels. Before her studies, she completed a traineeship at a publishing house. For practical reference, she now cooperates with the innovation department of Deutsche Welle, Germany’s international broadcaster. “Together, we study if and how VR technology can be used in journalism in a meaningful way. This brings up ethical-philosophical categories, too, as this type of reflection is still very much in its infancy,” Oberin explains.

Technologies create their own reality

The other research projects also examine how technological progress shapes our perception and our actions. Kathrin Friedrich, for instance, researches how decision-making processes and access to knowledge are changing when more and more movement and vital data are not only captured, but also visualized and operationalized. Friedrich is a postdoc at the Brandenburg Centre for Media Studies (ZeM) and coordinates the research program. She analyzes the impact of tracking technologies in the field of medicine, among others, where diagnostic methods and surgical procedures are affected. “If, for instance, the breathing rhythm is monitored against technical parameters and displayed visually, physicians decide for or against a certain surgery not based on the observation of the human body alone, but also based on space- and time-consistent logics transmitted via media.” Friedrich wants to understand these interrelations better and analyze them at a media-theoretical level. “Thus, the role of adaptive media in specific fields of application can be considered in detail.”
Angerer underlines the urgency of a media science debate on these issues, which she describes as innovative and forward-oriented for the University of Potsdam. “Here, media studies engage in basic research to analyze the handling of ‘sensitive items’ and the data collected,” she states. In this way, SENSING combines humanities and technology in a very special way – with the objective of attaining orientation and relevance in society. In the long run, other disciplines would also benefit.

The research program “SENSING: The Knowledge of Sensitive Media” is funded by the Volkswagen Foundation and comprises a number of projects on computer-networked sensor technology. The research program started in October 2018 and was set up for 4 years. Its topics and format focus on theoretical issues that are relevant in media sciences, as well as current areas of work and practice. The projects include 1 postdoctoral and 7 doctoral positions, each with a practical phase of up to twelve months. Located right in the city of Potsdam, the Brandenburg Centre for Media Studies (ZeM) is the organizational hub and supports all members of the research program.

The Brandenburg Centre for Media Studies (ZeM) was founded in Potsdam in 2016 to highlight the many varied activities in the field of media sciences in the federal state of Brandenburg. The centre’s primary objective is to raise the visibility of its main research and enhance the profile of the state of Brandenburg as a media and science location. The ZeM offers colloquia, grants, and workshops for PhD students to promote exchange and networking. Its director is Marie-Luise Angerer, Professor of Media Theory and Media Sciences in the European Media Studies program (emw) at the University of Potsdam and the University of Applied Sciences Potsdam.

Prof. Dr Marie-Luise Angerer studied art history, Romance studies, philosophy, and communication science in Vienna. She has been Professor of Media Theory and Media Sciences at the University of Potsdam since 2015.
Mail: angereruuni-potsdampde

Vanessa Oberin studied art history, English language and literature, graphic design, and media sciences in Braunschweig, Nicosia, and Potsdam. She has been a PhD student in the SENSING research program at the Brandenburg Centre for Media Studies since the December 2018.

Dr. Kathrin Friedrich studied media studies, law, and sociology in Marburg. She has been a postdoc researcher and scientific coordinator in the SENSING research program since October 2018.