Freedom on demand? – How television 4.0 presents itself 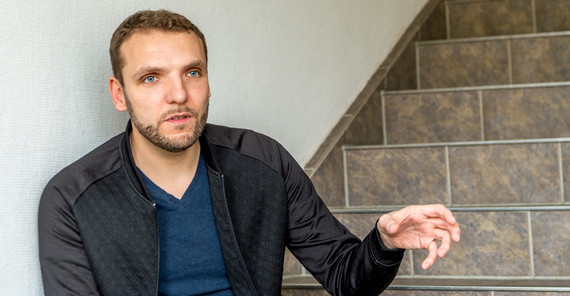 It is difficult to imagine a German living room without one: Almost invariably placed opposite the couch, TV sets loom large on furniture and walls. Our living rooms are arranged around them. However, the relationship to this traditional medium appears to be changing. Especially the younger generation has found alternatives. Increasingly, they use on-demand platforms to watch movies and series independently of strict time slots. Christian Richter is a doctoral candidate at the Chair of Media Culture History at the University of Potsdam. In his dissertation project, he is taking a closer look at Netflix und YouTube. Are the two online services true alternatives to television, as they claim? Or do their program modules simply take up and re-package the content and esthetic features, temporal sequences and main structures of television? Television 4.0 is also a matter of definition.

Blockbuster television programs have become rare, in contrast to the past: In the 1980s, for example, hardly anyone missed an episode of “Dallas”. Today, TV broadcasters have to work much harder to empty the streets. Many competitors who use the advantages of the digital age have entered the market – and make our notions of television seem obsolete. What does the term still stand for in a world where on-demand services are becoming more important? This is the question media scientist Christian Richter is trying to answer. “I want to find out how much of the old television there is in these new services,” he explains. It strikes him that Netflix and YouTube, despite their attempts to distance themselves from classical television, are nonetheless perceived as a kind of television. Even without set programs and broadcasting times – and the need for a TV set – they seem to feel like television. “I wonder where this impression comes from, which features of classical television are adopted by on-demand platforms, and what shifts result from it.”

Richter’s dissertation is a work of media philosophy. He has consciously decided not to include issues of reception. Instead, he is focusing on how the new platforms and programs are designed. What are their underlying objectives? As what kind of media do they present themselves? To find out, the researcher is applying well-known television theories to these new providers. He is planning to arrive at a modern understanding of the term television, that does not rely on distribution channels, and rather refers to a staging tool. For him, the way in which content is created, processed, and structured takes center stage.

In his analysis, aspects like flow, linearity, segmentation, and liveness play a major role. The most complex aspect, however, is seriality, which is also well-suited to differentiating between the old and the new. Series play a big role in both formats. In conventional television, they have a long tradition. They are popular for their reflections of everyday life – however, cast with artistic freedom: Especially in soap operas, problems tend to be a bit heavier than in the life of the average viewer, while the characters are more beautiful and wealthier. “But they are not so out of touch with reality that we cannot relate to them,” Richter summarizes. “In the typical monotony of serial narration – the same characters, the same motives, the same adventures – we as viewers recognize the routines of our own daily lives. And we don’t mind doing so within the rhythm of a viewing structure dictated by the television program – which again has an effect on the way stories are told. On the one hand, viewers are supposed to feel compelled to be back the next week or the next day; on the other hand, those who missed an episode should be able to catch up easily. Over the years, television has created rituals for people. “It has become a sort of ‘religion’ with a strong liturgy,” Richter explains. The fixed broadcasting times, and the buildup of series, provide continuity. They create stability and reliability and some sort of orientation for people in complex, pluralistic societies, the researcher is sure. However, this does not apply to Netflix and YouTube, since they no longer have fixed program patterns. Here, other principles come into play that react to other needs, but are still suited to developing stabilizing rituals.

New services adapt to the world of work

Netflix counts on being able to make a lot of money with good series. Every year, the streaming service invests several billion dollars in such products. “House of Cards” was the first mammoth production commissioned by Netflix. “In 2013, this was a downright revolutionary step: the production of a series with a budget of 100 million dollars, for sole distribution on the internet,” Richter states. The bold experiment became a huge success; the series and its leading actor Kevin Spacey became figure heads of the on-demand movement and brought the company a lot of attention, as well as millions of subscribers.

Another new feature is the way in which the services publish their self-produced series. In contrast to the “old” television, there is no particular rhythm, and the entire season is launched in one day. Through this, Netflix gave rise to a new phenomenon – binge watching, also known as binge-viewing or marathon-viewing, a behavior particularly widespread among Netflix users. To this effect, Richter points out a study published by the company in the fall of 2017. According to this study, about 8.4 million customers had viewed a complete season within 24 hours of its launch. For Richter, this is an indication that the liturgical use of series appears to be dissolving.

With their offers, the numerous providers on the online market are reacting to a more flexible labor market. It had become obvious that the world of television with its fixed broadcasting slots based on firm time structures no longer fit. “Netflix promises to free its customers of time constraints and imposed rhythms. A reaction to more flexible working hours and more diverse life models that can no longer be synchronized by the eight o’clock news,” Richter says. He points to an interesting development: Nowadays, people create their own rituals, for instance by watching one episode each night before going to sleep. In this case, the reassuring reliability of the ritual is based on self-chosen timing. However, the model liberates the viewers only seemingly. What does he mean by that? If you take a closer look at the structures, you will find a whole string of limiting provisions and ritualized patterns.

The platforms use their potential, but do not offer unrestricted freedom

Especially Netflix has a big advantage over classical television: As viewers cannot miss an episode, new kinds of stories can be told. “The authors themselves compare the plots they write to long novels,” Richter explains. “They are more complex, have more characters, and more room for characters’ development. For instance, a hint may be placed at the beginning of a season and taken up again only at the end.” By contrast, traditional television series are often constructed in such a way that you may tune in any time, skip an episode, or join in the middle of a season. With a series like “House of Cards,” this does not work. The narrative requires episodes to be watched in a fixed order. Therefore, episodes are numbered consecutively in the serial menu. This is another way of suggesting a specific structure to Netflix users. “On the one hand, there is the suggestion that you have complete freedom when watching; but then there is a fixed sequence, even though technically much more would be possible.”

The video-sharing website YouTube does not copy the concept of Netflix, despite the fact that in its movies, recurring elements also play a major role. Here too, motives, structures, and contents of classical television are recognizable. Richter refers to the example of YouTube star Bianca Heinicke (Bibis Beauty Palace). According to him, the success of her videos rests on two pillars: redundancy and following the style of classical soaps. One difference to Netflix is the temporal structure of the service: Videos are not published all at once, as is typical of Netflix. Instead, there are fixed cycles, and YouTubers bear in mind when their videos can be best watched during the week. Above all, this is a concession to young viewers. For instance, Bibi releases her videos on Thursdays at 2 o’clock – directly after school – and Sundays at 11, when her followers wake up after a long Saturday night. To a certain extent, this approach takes up viewing patterns of the television age. It is no coincidence that YouTube and Netflix adopt serial models known from television. “Casually speaking, one could say that the viewers are outsmarted,” Richter summarizes. Subconsciously, they can enjoy the reassuring and stabilizing structures of familiar television, while feeling independent, free, and detached from social constraints. “It is the treacherous semblance of freedom that makes them delve ever deeper into the worlds of Netflix and YouTube.”

However, television providers are also working hard to meet the challenges of a changing market. They are developing models and series that will allow them to survive in the competition for viewers. “Babylon Berlin” by pay TV broadcaster Sky is one such attempt to react to the new forms of serial narration offered by these platforms. Other examples are the media libraries of public broadcasters ARD and ZDF.

“Television will not disappear,” Richter is sure.  According to the Television Research Partnership (Arbeitsgemeinschaft Fernsehforschung, AGF), the average German spent 223 minutes watching TV in 2016 – per day. Exactly the same result was found in a random sample taken in November 2017. Now as before, the matches during soccer world championships and the “Tatort” (crime scene) television series on Sunday evenings are very popular. Obviously, there is still a need to consume certain kinds of content together. “There is a longing for communal television viewing,” Richter confirms. “I believe that in the future, all serial formats that are brought into a flow will be collectively referred to as television.” When this happens, we can speak of television 4.0.”

Streaming is becoming a mass market and thus causing considerable turmoil in the media industry. The services benefit from the high-performance methods of technical compression that are now available, and from terminal devices that allow video files to be downloaded in high resolution, individually and without delay.

YouTube was set up as a video portal by Chad Hurley, Steve Chen, and Jawed Karim in California in 2005. One year later, Google Inc. acquired the company for about 1.3 billion Euros and integrated it into its structures.

Netflix is the most widely used streaming service in Germany, after Amazon. Here, customers can find a broad range of award-winning series, movies, and documentaries. The content which is largely accessible time-independent is not interrupted by commercials. Each month, new content is released.

Christian Richter studied European media studies at the University of Potsdam and Fachhochschule Potsdam (University of Applied Sciences). He is preparing to complete his PhD thesis in 2018. He is currently an adjunct professor at the departments of media studies and education, and a lecturer and consultant for media education.

Television 4.0. On the transferability of the concept of television to Netflix and YouTube

How much television is there in streaming services like Netflix?

The promise of streaming services: freedom from constraints