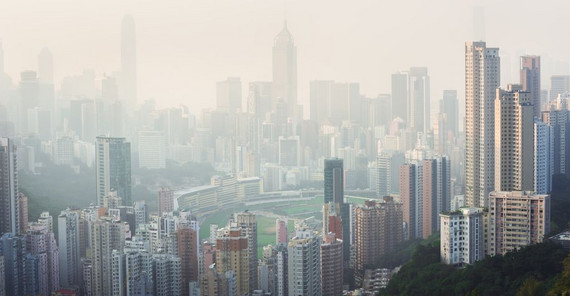 About two thirds of all Europeans and over three quarters of Germans now live in cities…and their number is continuously increasing. Urbanization is a worldwide trend. It is estimated that over 60% of Chinese people will be living in cities by 2030. In Europe, the share of primary energy consumption in cities is about 70% with about the same proportion of CO2 emissions. Cities are not only areas where problems arise but also where solutions can and must be found. Cities like Copenhagen, Barcelona, and Munich have long been best-practice examples and cooperate with other cities worldwide. This is not only a matter of climate policies but also of environmental issues like smog in rapidly growing Asian metropolitan areas, e.g. Beijing or Hong Kong. Prof. Kristine Kern and Dr. Ross Beveridge from the Leibniz Institute for Regional Development and Structural Planning (IRS) and 12 European partners are researching the future of urban development – and the ideal “Post Carbon City of Tomorrow”.

The percentage of the world’s population living in cities first eclipsed 50% in 2008. The biggest of these cities, inexorably growing into “megacities”, confront urban planners and local administrations with enormous challenges: Energy supply, traffic infrastructure, waste and sewage disposal, housing, and public transportation have to meet the needs of current and future inhabitants and be environmentally sustainable. “Climate change, however, has become the most pressing and manifest problem in many places,” explains Kern, who has been dealing with sustainable urban development for 15 years and holds the chair “Governance of Urban Infrastructure and Global Change”. The research project “European Post Carbon Cities of Tomorrow”, in short POCACITO, owes its name to this key concern as a least common denominator. Its goal is nothing less than the model city of tomorrow. The metaphor of a “carbon-free city” is not meant literally, and its vision is not limited to climate policy. “‘Post carbon city’ does not mean a city entirely without carbon,” says Beveridge, who, along with Kern, represents the IRS in the project. “The underlying idea is to break with negative dependencies that manifest themselves in CO2 pollution. The project explores possibilities for change and presents ways to implement them – for various cities on various pathways,” Beveridge says.

The project’s partners demonstrate the breadth of POCACITO’s approach. Thirteen European institutions have joined forces under the auspices of the Ecologic Institute in Berlin, among them researchers of analytical and theoretical disciplines, like those from the IRS, as well as representatives of consultancies and applied research organizations. So, it is hardly surprising that in the first phase in early 2014 they defined the project’s common framework – which was hotly debated, as Beveridge admits. “We asked if we would deal only with concrete political practices related to climate or if we would develop a holistic vision of a city of tomorrow.” In the end the partners agreed on a broad approach including climatic as well as social, economic, and other environmental aspects. “Such a broad definition makes sense because of the close relationship between climate policy and a broader sustainability policy,” Kern adds. “This is why the German energy transition should be seen as a comprehensive social, economic, and political transformation process.”

During the next phase of the project, funded by the European Framework Program 7, they have to compile facts about the status quo of urban development in Europe, for which the researchers of the IRS will primarily be responsible. They are preparing three working papers – so-called “deliverables” – about measures that cities, states, and transnational city networks use to address the challenges they face and what they have achieved. The first working paper is a survey of the “100 Leading Cities” in sustainable development in Europe. Even though POCACITO is supposed to develop the model of a “post carbon city”, many European cities have already been pursuing their own way towards that goal for some time now, as Kern explains. “Many European cities, like Stockholm, Amsterdam, Freiburg, and Munich, began facing these challenges years or even decades ago and are therefore ahead of the others.” Beveridge gathered material from available sources, interviewed experts and central research institutions, and analyzed various concrete measures in order to compile an inventory of the leading cities. Pursuing the selected focus while keeping an eye on seemingly peripheral areas was both exciting and challenging. “We wanted to make the investigation as versatile and interesting as possible and thus looked at many urban contexts – climate, traffic, and housing,” Beveridge says. “We had to simultaneously consider the problems of small cities and their specific resources to cope with them compared to those of big cities. Our goal is to enable all cities to address their individual challenges according to their means.”

The second and third “deliverables” present examples of “good practices” at city, national, and European levels. “For this we looked at cities across Europe and asked what they have done and if their measures are ‘good practices’,” Beveridge explains. There are many examples: Copenhagen, for example, considered the secret bike capital of the world, provides free bikes throughout the city. Munich has had a program for efficient buildings for some time now, and Stockholm is trying to develop closed reutilization cycles by incinerating its waste and converting it into district heating. Malmö counts on comprehensive sustainability strategies. “We are also interested in socially sustainable initiatives. How do cities handle social problems?” Kern asks. “As part of their housing program, Malmö built new and highly energy-efficient apartments in the long-abandoned harbor district that are also affordable for low-income households.”

Transnational city networks, on the other hand, address other topics. Local municipalities with similar concerns join forces in such networks because they can act more effectively together. “The Covenant of Mayors, for example, represents more than 6,000 European cities with about 190 million inhabitants,” Kern says. The initiative which started in 2008 brings together municipalities who want to exceed the EU reduction target for CO2 emissions of 20% for 2020. “Such networks provide opportunities to proceed from local measures to a more general and comprehensive plan.” One of the 13 POCACITO partners is the network Energy Cities, whose 200 members from 30 countries are engaged in sustainable energy policies in their communities.

The goal of the analysis is to develop a typology of cities and trajectories that will help to adapt successful strategies and measures to other cities worldwide. The inventory is not only supposed to present the diversity of initiatives but also inspire others to follow suit. “Such a typology can help less advanced cities. It would give them a road map for activities without having to become a Malmö or a Stockholm,” says Beveridge. “It is important to communicate that a city can always do something, no matter how minor, to indicate that they have recognized problem areas and are taking them seriously. Even first steps are ‘good practice’.”

Although POCACITO’s approach is rather broad in the first phase, its approach is more specific and detailed when it comes to the local cases, i.e. the city.  Case studies are being prepared on eight European cities, among them metropolitan areas like Barcelona and Istanbul but also smaller communities like Litoměřice in the Czech Republic and Rostock in Germany. This is being done in a direct exchange with the citizens. The first step is to take stock of implemented projects within the relevant fields – from infrastructure projects to climate policy to housing. In the next step decision makers and citizens, under the guidance of POCACITO project partners, will develop joint visions of what they want to implement in concrete steps by 2050. “At the end we want to have a road map that shows exactly what has to be done when in order to reach the goal,” Kern explains.

While the IRS “deliverables” are being used as working papers for the workshops in the selected cities, Kern and Beveridge deal with other phases of the project and ensure the academic publication of the results, which will also be made available to those cities that want to pursue the path towards becoming a “Post Carbon City of Tomorrow” at the end of the project.

There is a lot of interest in this European initiative, Kern adds. “Europe and European cities are, to some extent, pioneers in this field.” This is why POCACITO is expected to lead to a “marketplace of ideas”, in which all cities worldwide can draw inspiration.

Prof. Kristine Kern studied public administration in Stuttgart and economics and political science in Tübingen and Berlin. Since 2012 she has been Professor of ‘Governance of Urban Infrastructure and Global Change’ at the University of Potsdam and the Leibniz Institute for Regional Development and Structural Planning (IRS).

Dr. Ross Beveridge studied history in Manchester and International Studies in Newcastle where he earned his doctoral degree in 2010. Since 2010 he has been a research fellow at the IRS.

Post-Carbon Cities of Tomorrow – foresight for sustainable pathways towards liveable, affordable and prospering cities in a world context (POCACITO)