“Not Without Us!” – New forms of participatory democracy enrich local policy 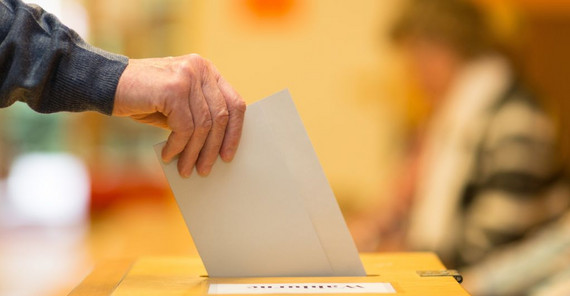 “In the past the only possibility to interfere into local politics was to go the polls,” Franzke says. Voter turnout, however, has been continuously decreasing for years now, the researcher point. Picture: Christian Schwier/Fotolia

Water cannons roll, batons are swung, tear gas is in the air. The Stuttgart Palace Gardens have changed into a place of violence, chaos, rage and despair. It is the 30 September 2010, the day protests against the project “Stuttgart 21” escalated. How could this have happened? Perplexed politicians, citizens, and journalists asked themselves this question. Jochen Franzke, Professor of Public Administration, regards the events surrounding the large-scale project as a sign of a fundamental societal shift, the keywords being “local democracy” and “civic participation”. The political scientist analyzes the development of local democracy and its consequences.

“We are living in a rather dynamic time,” Franzke says. Having a say and taking part in decision-making is more important for citizens than ever before. “And they do not want to be taken for fools,” the political scientist points out. Particularly in Baden-Württemberg citizens have been politically involved for some time now – through citizen initiatives and movements. The traditional culture of civil protest has come mainly from the left of the spectrum, but not only environmental activists, students, and those from the 1968-movement protested Stuttgart 21: “The composition was completely different. It was a representative mix of society.” Families and school children protested side-by-side with elderly people who had never been to a demonstration before. The fact that authorities ultimately resorted to force was a shock indeed, the political scientist says. “Perhaps you could have done this 50 years ago but not today.” Public protest is no longer a phenomenon of fringe groups. It has reached the middle of society and has become an instrument against unwelcome decisions.

“In the past the only possibility to interfere into local politics was to go the polls,” Franzke says. Voter turnout, however, has been continuously decreasing for years now, the researcher point. “By about 20 percent over the past 20 years.” While it is said to be a sign of “voter apathy” and a lack of political interest, the number of referendums is increasing. Germans have engaged in this form of direct democracy over 6,000 times, for instance against Munich’s Olympic bid in 2013, against constructing a new tram line in Aachen, in favor of having a say in decisions about future road construction in Bernau. Referendums have recently often sided against privatization of municipal property. Housing, utility companies, waste collection services – if citizens were to decide, they would all remain in public ownership. “This sentiment has changed over the past years,” Franzke states.

Another new feature is that citizens are increasingly active in “cooperative democracy”: as discussion participants in town meetings and roundtables, as experts in citizens’ reports, or as creative minds in future workshops. Political scientist Franzke emphasizes, “The resources citizens can contribute here - citizen knowledge - is invaluable and has long been underestimated.”

Now city and local councils, mayors and local administration are increasingly trying to involve citizens. Residents are heard in cases of structural changes in their neighborhoods. Social issues are discussed in residents’ meetings, like the recent integration of refugees into a residential area in Potsdam. Through participatory budgeting city dwellers are able to decide on the allocation of a part of the overall budget. With the help of this participatory budgeting, the city administration can find out what is important to citizens. “An important issue in Berlin-Lichtenberg was bike paths.

Politicians did not have on their radar that people wanted more of them,” Franzke points out. This shows that citizens’ involvement can also have a reverse effect. In Lichtenberg, the administrative structure has changed and been adjusted to meet the needs of the population. Today municipal district managers work on site and are as close as possible to citizens.

If citizens can take part in the discussion, they tend to accept difficult decisions.  Managing this requires action to be taken early enough. “In the past they actually began involving the people only after decisions had already been made,” Franzke says. “This is a 20th-century political practice.” People nowadays are supposed to take part even during the planning stage of large-scale projects or other far-reaching events. Transparent procedures are an important aspect because only those who understand what has been planned and what is going on can actively participate. Digital media now provide new opportunities to do this. “The city of Cologne has introduced an online participatory budget. Most suggestions were made at night, between 3 and 4 o’clock,” Franzke smiles. “At this time no citizens’ office is open.” This illustrates that you can reach other groups with modern methods instead of the classical ones.

The new local democracy does have its limits. “We as public administration researchers must look at the many new instruments,” Franzke says, because civic participation suffers from one major problem: “It is socially skewed.” Men participate more than women and those with a higher income more so than Hartz IV recipients. “Disadvantaged groups have actually withdrawn from participation,” the political scientist explains. “If you have to fight for your own subsistence, you have no time to participate.” Particularly those in underprivileged neighborhoods are unable to take advantage of the current participatory possibilities. Disappointment and frustration are, in turn, high. “New instruments have to be developed here.”

At the same time the scientist understands the problem of complexity: There have been over 60 different possibilities of civic participation. This is too many and some offers are inconsistent. Despite all the civic participation, “Ultimately a decision has to be made, and no situation will ever please everyone.”

Prof. Dr. Jochen Franzke studied foreign politics in Potsdam. Since 2008 he has been Associate Professor of Public Administration. Apart from questions of local democracy, he also researches transformation processes in the European Union and in Central and Eastern Europe.