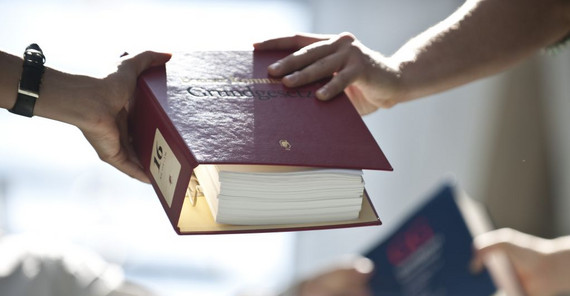 Her private life has often been disseminated in tabloids, but Caroline von Monaco—Caroline, Princess of Hanover since 1999—has consistently taken action against the media since the 1990s and fought against the publication of paparazzi photos. She even turned to the European Court of Human Rights to protect her right to privacy. The court ruled largely in favor of Caroline in 2004, considerably restricting the press. How far do the rights of the general public extend when it comes to the private lives of celebrities? When does the disclosure of intimate details infringe rights? Caroline’s case clearly illustrates the balancing act between personal rights and the freedom of press. Her legal campaign led to a number of rulings called the “Caroline Judgments” that have found their way into legal history. Legal experts at the Research Center for Media and Commercial Law have been dealing with these and other questions for about 10 years. Here professors Tobias Lettl, Wolfgang Mitsch, and Christian Czychowski join forces in media and commercial law.

“Media law is actually not its own field of law but rather an intersection of many fields,” explains Lettl, Professor of Civil Law, Trade and Commercial Law. Various legal fields - be they criminal, competition, anti-trust, or intellectual property law - fall under the purview of media law. Anti-trust law helps determine if a publishing house merger results in unfair competition in the media branch. Whether an advertisement in a newspaper is clearly indicated as such is a question of competition law. The Research Center for Media and Commercial Law sits at the intersection of different strands of legal research. “This enables us to work together with colleagues from different disciplines. As far as I know, this is quite rare in Germany,” Honorary Professor Christian Czychowski explains.

Media law has a certain tradition at the Law Faculty. “Due to the proximity to Medienstadt Babelsberg and its film studios, there has always been a special focus on media law,” Lettl explains. “It is a focal area during the studies.” The lectures – for example on competition and anti-trust and intellectual property law – often deal with media-relevant topics. The courses include the basics of media law, media criminal law, and European media law. “This has become increasingly important because the European guidelines also affect German law,” Lettl emphasizes.

“The Research Center offers these subjects and fields of specialization, which are in high demand among students,” explains Wolfgang Mitsch, Professor of Criminal Law relating to Juvenile Law and Criminology, who specializes in media criminal law. “It is a relatively new branch of media law that has become more and more attractive,” underlines the scholar, who wrote the first textbook for this field in 2012.

Lettl speaks of “research-based teaching” when he describes the activities at the Research Center for Media and Commercial Law. Czychowski explains what this really means. During a seminar he asked the students whether the masters at the State Bauhaus bequeathed their usage rights to the Bauhaus in the 1920s and 1930s. If so, the city of Dessau as the operating institution would have usage rights to many important pieces of designer furniture, for example the chairs by Marcel Breuer. “It is a question of legal history that direct impacts the present,” Czychowski explains. What are intellectual property rights, and what are usage rights? After these fundamental questions have been resolved in the lecture, the students start their research. “You first have to go to the archives,” Czychowski explains. “What is laid out in the contracts? What is mentioned in the correspondence?” The students painstakingly collect answers to these questions from dusty files and documents and then formulate the results in their final theses.

Apart from historical questions, media law includes topics hardly discussed academically. “There are almost no publications about the granting of TV rights to sporting events, for example,” Lettl describes the current situation. How can you decide who should get the broadcasting rights based on applicable law? What are the rights of the broadcaster, the spectators, and the association? The media lawyers also deal with the limited number of spectator seats during the NSU trial. “This is currently not regulated by law,” says Mitsch. This example, however, shows the strong need for such a statutory regulation. As a legal researcher he asks himself how this could look like.

Legal scholars refer to law books, examine each fact, and look for applicable laws. Do they break new ground? Do they dare take a broader view? What is the situation in other countries? Are there already such provisions, and have they proven effective? “Such research usually leads to publications submitted to and discussed by a broad audience in the field,” Mitsch says.

Numerous academic publications have been produced at the Research Center for Media and Commercial Law. In addition to their own research, the scholars supervise PhD candidates in media and commercial law, including over 20 doctoral theses on these topics. Presentations for both students and experts in the field take place biennially. Ulf Böge, former President of the Federal Cartel Office, has been among the speakers as well as Joachim Bornkamm, former Chief Judge of the Federal Court of Justice.

The size of the Research Center’s team will be increased in the future. “We want to put out feelers in the public law sector and bring colleagues onboard who can contribute to our research in media law,” Lettl says. The researchers also plan to publish their own series in order to prepare their research topics and make them available to an even broader audience.

For over than 10 years, legal experts have been researching issues related to media law at the Research Center for Media and Commercial Law. Their interdisciplinary work combines various fields of law.