In the Course of Life 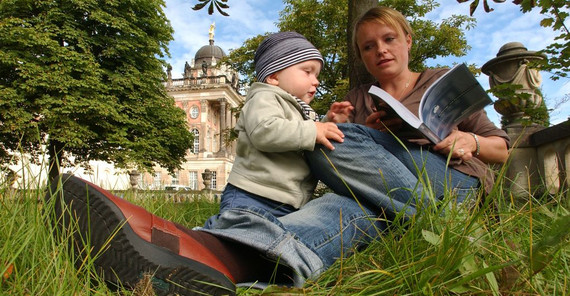 There is something fascinating about chronicles: Like in fast motion, you can relate to events, how conditions and relationships have changed and the people along with them … An excellent example is the documentary “The Children of Golzow”, a longitudinal observation of a school class in the Oderbruch region. The children were filmed for over five decades on their paths towards and during adulthood. Researchers from Potsdam, Zurich and Constance followed the lives of about 1,400 school children using empirical social research methods. Their longitudinal study “LifE” is entering its fourth decade.

It all began at the University of Constance in 1979. A team led by the Austrian professor of pedagogics Helmut Fend conducted its first large survey in German schools. About 2,000 school children in Frankfurt/Main and from two rural regions of Hesse took part. Between the ages of 12 and 16 they were interviewed every year about family, friends, leisure time, their opinions and emotions. Their parents and teachers received questionnaires as well. This made it possible to compare the conditions of children growing up in a metropolis with those in the countryside.

In the Course of Life LifE-Longitudinal Study Records Living Conditions across Generational Borders The youth survey seemed complete when the data had been evaluated and the results had been published. But around the turn of the millennium the scientists asked themselves what had become of the children. How did they fare on their way into adulthood? Did they reach their intended careers, get married or start a family? The idea for “LifE” was born, the study, which should trace the “pathways of life into early adulthood”. New to the research team was Wolfgang Lauterbach, today professor for Social Scientific Research on Education at the University of Potsdam. He recalls how the members of the team put in a huge investigative effort in order to find the former students via the still available addresses of their parents. “Even though we already had internet at that time there were no search engines. Hence, missing addresses had to be researched intricately.” But the effort paid off: More than three quarters of the former subjects took part in the follow-up survey in 2002. During the third survey last year still 1,367 people had themselves questioned about parent and partner relations, friends and family, job, attitudes and orientations.

What are the results of this longitudinal study? What have the sociologists found? Were there any surprises? “It is our aim to show how experiences made during adolescence, in the parental home, at school or with friends influence a person’s later development. We want to predict career paths, the development of partnerships and relationships between generations – resulting from the experiences of one’s youth,” says Lauterbach, explaining it using the example of the school career. Almost 70 per cent of all participants in the study finished school with exactly the degree their parents had expected from them at the age of 13, although it did sometimes take a bit longer. According to Lauterbach, the pressure of parents’ expectations often continues to affect young people into young adulthood. Parents extensively influence religiousness, political attitudes and cultural activities like reading and playing music. However – and this is one of the surprises – this so-called cultural capital has hardly any impact on professional success. Multiple qualifications, however, contributed significantly to the “educational advantage” of high school graduates among the participants over the course of their professional careers. School graduates with lower qualifications rarely decide to start a second vocational training. The sociologists were not surprised by the high value of family, a normal part of most people’s lives. Thirty-eight per cent of those interviewed even married their first partner. Almost 50 per cent of them chose their second or third partner. Regarding relationships, the LifE-study shows that many couples live together as relatively equal partners at the beginning, but tend towards a traditional division of labor after having their first child. Especially those who grew up in the countryside live by the rules they perceived as normal in their childhood. Women with a longer school education and higher income are often together with men who engage more actively in household chores. They often expressed these wishes even as adolescents, says Lauterbach, thus confirming the significance of early attitudes on later life. The same is true for an early positive self-perception, which also has an effect on health. An interesting result of the study is that those adults who developed a high self-esteem show less depressive moods. Lauterbach says that one of the great advantages of longitudinal studies is the possibility to describe and represent such correlations.

Since 2007, the LifE-study has been based at the Faculty of Human Sciences at the University of Potsdam with Professor Wolfgang Lauterbach and has been continued in collaboration with the universities in Constance and Zurich. The once adolescents are now 45 years old. They are in the middle years of their lives, have children of their own, who are now at the age they were when they were first interviewed. “This was a chance to integrate a third generation into the study,” Lauterbach says. In fact, 580 young people responded when asked to answer the questions their parents had been asked more than 30 years ago. “For the first time in German-speaking countries, several generations can be compared within the scope of one life course study.”

Although the data have not been completely evaluated, the initial results are already becoming apparent. The changes in educational opportunities are especially impressive. Among the grandparents, just 15 per cent of men and seven per cent of women had the opportunity to get a general qualification for university entrance. Among their children it was already one third in a cohort with an equal distribution between men and women. What about the generation of grandchildren? More than 60 per cent now attend grammar school. They experience their school time much more positively than their mothers and fathers. The majority felt that they were taken seriously by their teachers. In the 1980s, 36 per cent of the school children at that time stated that teachers did not show the children up. Today 76 per cent are of this opinion. According to the researcher, the assumptions that discipline has decreased among school children and that teachers have to put up with more today were not confirmed. In the first round of surveys, just 23 per cent of the former eighth-grade students said that they had never been mean to their teachers. Forty-eight per cent of their children said that they had never done so. Fewer adolescents play truant today than 30 years ago.

To be able to describe the school experiences more precisely, the researchers asked the participants back then and today about their stress, their overload or underload. The results are quite surprising: The time required for homework has slightly decreased. The sociologists assume that this is due to the fact that more young people attend an all-day school. Contrary to public perception, school children do not have to handle a higher amount of work for school than in the past. Nervousness and the stress to perform have instead shown a downward trend. The researchers cannot find any evidence for the often-criticised overload of today’s school children in their results. The direct comparison of generations instead shows that the parents have not passed their own stress experience onto their children. There is just one aspect in this context: “Parents who did a lot of homework themselves have children who do this as well. The diligence of the parents seems to be conveyed to the children to a limited extent,” according to a first evaluation of the current interviews.

Results of the LifE-study are regularly being published and relayed to the participants. “Many of them are really proud to be a part of it,” Lauterbach says. “There are even LifE-parties, where the school classes once interviewed meet again,” the social scientist says. Although people sometimes have taken different paths in life and experienced personal tragedies, the contact between the generations is still quite close. Participants have repeatedly expressed the hope that the study will be continued for the next 10 or 20 years. “Then we would have a complete life course,” Lauterbach says. They are presently analyzing and publishing their latest data. In 2014, there will be a conference about these results. A follow-up application has already been submitted to the German Research Association.

LifE – Pathways from Late Childhood to Adulthood is a joint project of the universities in Potsdam, Constance, and Zurich. Funds are provided by the German Research Foundation (DFG) and the Swiss National Fund (SNF)
www.uni-potsdam.de/life-studie