Off to New Systems 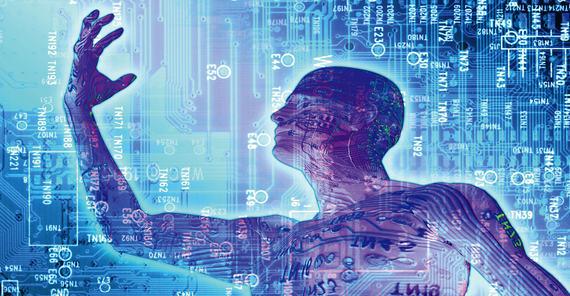 Synthetic biology is among the latest technical developments in modern sciences. It has huge innovation potential and combines a broad spectrum of scientific disciplines, like biology, chemistry, physics, mathematics, biotechnology, engineering sciences and computational science. In synthetic biology approaches, both basic and applied research benefit from this integrated multidisciplinary work. One of those who intensively deal with synthetic biology is Bernd Müller-Röber, Professor of Molecular Biology at the University of Potsdam.

Synthetic biology builds on and develops the findings and methods of molecular biology. Research scientists alter biological systems and combine them with chemically synthesized components to form new units. This creates biological components or even new organisms that do not occur in nature in such a form. Because research in synthetic biology is mostly solutions-based and / or application-oriented, it comprises a huge potential capacity of innovation features and future applications in all areas of life. For example: A statement by the German Research Association, the National Academy of Science and Engineering (acatech) and the German National Academy of Sciences Leopoldina says that they expect important findings “that will sustainably influence the development of new pharmaceuticals and therapeutic procedures as well as the production of industrial chemicals and the concentration of catalytic processes.” This would also allow for the creation of organisms that can survive only under controlled conditions.

This may cause the impression that the scientist becomes a designer of molecules, cells and organisms. However, the reality shows, that “scientists are far away from creating something like artificial life forms in their laboratories”, Müller-Röber says. They rather deal with basic research of microorganisms as well as new approaches in medical sciences. In fact they e.g. try to create artificial, biochemical systems integrated into living organisms, which thereby take on new, useful properties. In addition, the scientists create chemical systems according to existing biological models in such a way that they possess specific characteristics of living organisms. As for the future, emphasis lies in biotechnological applications, like better diagnoses, vaccinations and pharmaceuticals or in developing new biosensors, biomaterials and biofuels.

In addition to synthetic biology, everyone these days is also talking about genetic engineering which both stoke fears. In order to resolve potential fears, Dr. Susanne Hollmann, coordinator of the Focus Area of Plant Genomics and Systems Biology, likes to disarm these two terms: Synthetic biology is just a new term for molecular-biological methods that express the further development of technology. For example, in the broadest sense, even plant breeding is synthetic biology. “You combine two plants methodically, which would not come together in nature and force fertilization and reproduction, thereby manipulating a genome and creating something new.” Thus, synthetic biology already benefits from biotechnological tools that use, enclose, combine or reduce existing structures. Nevertheless, like in any other science, findings might be misused, e.g. by headlines in the media like “Rebirth of the Neanderthal”. The American molecular biologist George Church believes that the Neanderthal could be brought back to life with the help of synthetic biology. He said it would just take an adventurous woman to carry the embryo as a surrogate mother.

As a consequence of such “adventures”, this scientific discipline has not been without controversy. In addition to economic opportunity and scientific progress there are unforeseeable and undesirable consequences in this context of research, like in many other fields, “As scientists, it is our responsibility to assess risk and opportunity as well as to have a transparent and open debate about our research, its results and applications,” Müller-Röber says.

Thus, research groups at the University of Potsdam and their partners make important contributions to the advancement of research in synthetic biology for the benefit of society. Among them is the newly appointed junior research group “Synthetic Biosystems – from Cell to Fabrication”. This group, headed by Dr. Katrin Messerschmidt, is developing a new cellular element for a controlled production of proteins and peptides by using yeast-based chromosomes. The long term goal is the production of new chromosomes that encode the enzymes required for different, especially pharmacologically active molecules. The aim is to apply these modules in the production of so-called multi-enzyme machines, used, for example, in the production of pharmacologically interesting peptides, new functional units for next-generation biotechnological procedures or in the production of proteins for in-vitro administration. The production of technically interesting chemicals is also possible in this way.

Due to the enormous biodiversity of plants in Latin America, colleagues from Brazil and Columbia are among the most important partners of the Potsdam scientists in the context of synthetic biology. There are plants that produce small amounts of substances similar to antibiotics. This is of great interest for synthetic biology research. Thus, one of the tasks and benefits of synthetic biology is altering plants in such a way that their biomass increases or producing larger amounts of specific substances for the chemical or pharmaceutical industry.

The Workshop “Molecular Interactions – Next Generation Biotechnology” is part of this collaboration between the Potsdam-based scientists and their international colleagues. It took place in Potsdam in August of this year. This is an opportunity for young academics to not only gain insight into the latest trends, technologies and analytical approaches in biotechnology, but also to establish new contacts with experts from universities, research institutions and enterprises from Germany, Europe and beyond.

Professor Bernd Müller-Röber studied biology and philosophy in Tübingen, Marburg, and Berlin. Since 2000 he has been Professor of Molecular Biology at the University of Potsdam.

Dr. Susanne Hollmann studied chemistry and biochemistry at the FU Berlin. Since 2006 she has been a science manager at the Focus Area of Plant Genomics and Systems Biology at the University of Potsdam.