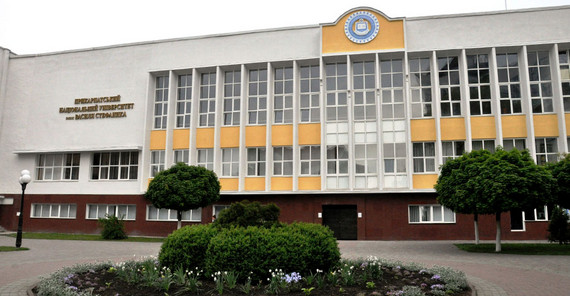 The European Digital UniverCity (EDUC) has added Vasyl Stefanyk Precarpathian National University (PNU) from the Ukrainian city of Ivano-Frankivsk to its alliance as an associate partner. This expansion enriches the university alliance and at the same time sends a signal for peaceful cooperation in Europe. Specifically, the EDUC partners want to further expand cultural and scientific exchange in order to strengthen Ukraine and PNU in Europe.

Vasyl Stefanyk Precarpathian National University, originally the Stanislav Teacher Training Institute, has existed as an educational institution since 1940 and is ranked among the top ten universities in Western Ukraine. The university maintains close relations with more than seventy educational institutions around the world, including in the United States, Asia and the EU. PNU also offers twelve dual-degree master's programs in cooperation with Polish universities. The PNU is already oriented towards European educational standards and has a total of eleven faculties, four institutes and one college.

The EDUC Alliance, founded in 2019, includes the University of Potsdam, which leads the consortium, the University of Cagliari in Italy, Masaryk University in the Czech Republic, the University of Pécs in Hungary, the Universities of Paris Nanterre and Rennes 1 in France, University Jaume I in Spain, and the University of Southeast Norway. Together with PNU, the alliance now has about 200,000 students and 31,000 faculty, researchers and technical and administrative staff. By 2027, EDUC will be a new kind of transnational university community, based on the priorities of multilingualism, inclusion, interdisciplinarity and digital technologies, which will optimally prepare its students for the societal challenges of the future.